The Subtle Art of Reforming Financial Governance in Somalia 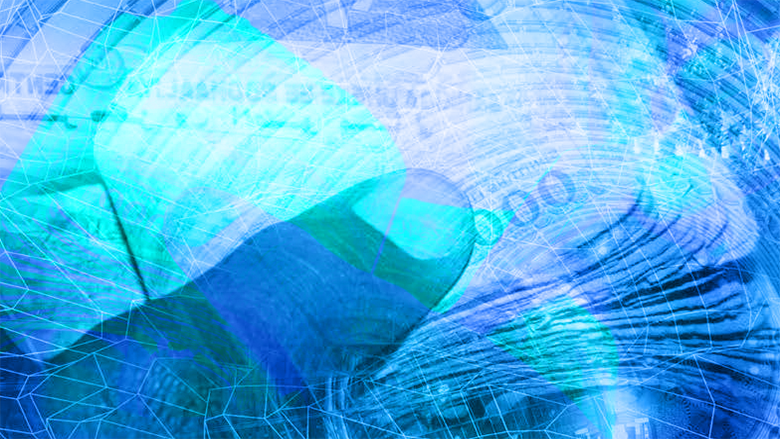 The World Bank, with our partners, has been supporting the Federal Government of Somalia's Financial Governance Committee that was created in 2014 which has helped cut costs and strengthen accountability.

Most developing countries suffer from poor economic governance. The symptoms are often familiar: costly and opaque concessions and Public and Private Partnership (PPP) schemes, weak procurement and oversight of contracts, and poor natural resource management to name a few. This is often compounded by a lack of coordinated inter-agency attention to these issues. It can result in poor value for money, increased debt, and the spread of corrupt practices.

Following the resignation of the Governor of the Central Bank of Somalia in 2013, there was a need to address concerns over the nature of a contract the Federal Government of Somalia (FGS) had entered to assist the recovery of overseas assets. There was widespread recognition that a new approach to strengthening financial governance was needed to restore confidence in Somalia. ‘Business as usual’ would not suffice.

Somalia’s Financial Governance Committee (FGC) is an innovative forum aimed at mitigating such governance challenges. While much remains to be done, after five years of sustained and successful implementation, the FGC has delivered tangible results.

The FGC was established in early 2014 by mutual agreement between the Federal Government of Somalia and international community to provide a high-level forum for dialogue and independent advice on strategic financial governance issues. Its mandate is renewed annually by mutual consent. The FGC meets monthly and is chaired by the Minister of Finance.

From a World Bank perspective, several features explain the success of the forum. Government reform leadership has been central to the FGC’s success. The FGS government has showed continued support to discuss sensitive issues and take action even though it required important political capital. Time is also a factor: it has taken years of sustained effort to advance some reforms, spanning three different Ministers of Finance.

The inter-agency FGC model promotes coordination, reducing information asymmetries, and building consensus between economic decision-makers across government. Moreover, decisions are taken on a collective basis, which makes it more likely that they will be enforced.

Although the FGC is by design both voluntary and advisory, it is clearly understood that the international community cares about what the FGC says, giving its advice added weight. FGC international delegates act as impartial international experts who can speak to government counterparts on a peer-to-peer basis, at arms-length from their sponsoring development partners. FGS members are therefore able to trust in the quality and confidentiality of FGC discussions.

However, it should be noted that the role of the FGC delegates is very demanding, having to build and maintain trust yet deliver tough messages, maintain regular dialogue often in a highly insecure setting, and provide expert technical advice across diverse issues. It requires exceptional candidates with excellent technical and interpersonal skills.

The Federal Government of Somalia saw a need for a confidential source of expert advice on matters of financial governance. The World Bank led and facilitated the agreement between the FGS and the international community on the development of the FGC by convening a retreat in Kenya to discuss the format of the FGC. The World Bank also provides strategic and technical advice to the FGC through the international delegates representing the World Bank. The FGC costs roughly $1.5 million per year to run, of which the World Bank contributes to $1 million per year from the Multi-Partner Fund.

Members of the FGC include Somalia’s Central Bank Governor, and representatives of the Office of the President, Office of the Prime Minister, the State Attorney General, and the Chair of Parliamentary Finance Committee. It also includes international delegates representing the World Bank, African Development Bank, and bilateral donors, plus an International Monetary Fund observer.

The Federal Government of Somalia is the main beneficiary of the Financial Governance Committee. with an investment of several millions of U.S. dollars into the FGC, several millions of dollars were saved because several contracts, which would have created large debt obligations for FGS, were cancelled or never signed. These fiscal resources could then be diverted into government programs that will help the country meet its sustainable development goals.

The FGC model could potentially be duplicated in other country contexts under certain conditions. First, the model requires a shared sense, within government and the international community, that ‘business as usual’ will not suffice to address high-level economic governance challenges. Moreover, there should be demand from government for confidential and impartial expert advice to help address these issues, and a willingness to convene a multi-institutional group on a regular basis. Second, there should be a strong and sustained support from the international community. This includes resisting the temptation to try to ‘steer’ discussions remotely and providing adequate levels of funding (financed by donors for Somalia).

It is also crucial to deploy excellent delegates and advisers on such strategic engagements, over a sustained period. Results largely depend on the trusted relationship between key decision makers in government and delegates, and the quality of expert advice they can draw on often at short notice. As a lesson, the design of the FGC that has developed, aimed at increasing accountability with a collective responsibility and increasing transparency on public contracting, has been critically important for its success. Many countries struggling with the same problems could then be inspired by this instrument that contributes to do development differently.