Addressing Challenges in Water, Road and Energy Infrastructure in Paraguay 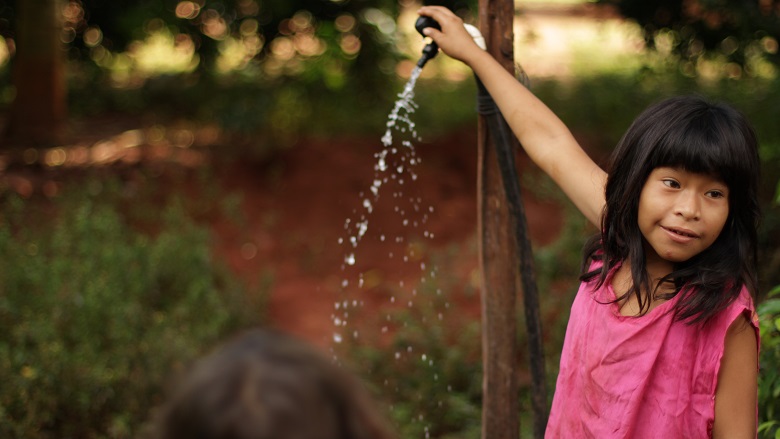 The World Bank Group has been a core development partner of Paraguay in supporting the country’s National Development Plan (2013-2030), which prioritizes eradicating extreme poverty. To this end, the World Bank has been working with Paraguay to strengthen resilience to risks and volatility; boost pro-poor delivery of public goods and services; and promote agricultural productivity and market integration.

Paraguay has achieved impressive economic and shared prosperity over the last 15 years. The economy grew at 4 percent per year on average during 2014-2017, slower than the annual 4.7 average growth seen between 2004-2014, but faster than most of its regional comparators. Paraguay’s rapid growth in the past decade is the result of exploiting its fertile land, its water resources and hydroelectric energy, enabled by sound macroeconomic management. The country’s growth was largely driven by agriculture and, to a lesser extent, hydroelectric generation, exploiting the country’s traditional comparative advantage in natural capital. Due in large part to the strong performance of the agricultural export (soy and beef), Paraguay stands out in the region for the positive contribution of net trade to growth.

Paraguay faces major challenges in achieving sustainable and inclusive development. Access to basic services and provide quality service delivery to its citizens remains a challenge and even more so in rural areas. With about one third of the population living below the poverty line, poverty is even more pervasive in rural areas where 50 percent of the population lives in poverty.

While over 80 percent of the population in urban areas is served by a network water connection, only 44 percent have similar access in rural areas and only 15 percent of urban residents have access to a network sewerage connection. Being landlocked makes Paraguay heavily dependent on road and fluvial transport to connect with neighboring countries for its exports. The significant shortfalls in the quality of the transport infrastructure add to this burden. The challenges go beyond the road network, both port capacities and air transport system need administrative, technological and infrastructural improvements in order to cope with rising demand.

Though Paraguay has been characterized by high economic growth, strong poverty reduction and macroeconomic stability in the last 15 years, important challenges remain in the current composition of growth and risks to its sustainability.  To deliver a lasting and sustainable creation of wealth, especially for the bottom 40 percent, Paraguay’s development model must evolve. First, the incorporation of land to the productive process should be limited by the need to contain deforestation and avoid depleting Paraguay’s natural capital, shifting the focus of agricultural production to increasing productivity. Second, human capital must play an increasing role in economic growth. The demographic dividend will continue for the next few decades, but its contribution to growth impact will slowly decline. Educational attainment has increased in recent years, and this trend should be matched by improvements in learning outcomes. Social protection policies should also need to focus more on human capital generation, assigning more resources to children (and, particularly, early childhood development). The growth of the youth population—which requires an estimated 65,000 new jobs every year until 2030—combined with the rapid and insufficiently planned urbanization process, will demand a dynamic economy and efficient public policies that promote job creation, particularly in urban areas. Lastly, institutional changes are taking place, and will need to advance rapidly to respond to expectations of the population, especially for young people.

The World Bank program is supporting Paraguay by financing projects in strategic areas such as rural development, water and sanitation, energy and roads, and through reimbursable and non-reimbursable technical assistance. The advisory services expanded considerably, covering topics ranging from financial inclusion to agricultural risk, from macroeconomic volatility to education, from state owner enterprise (SOE) reform to poverty/equity analysis and public expenditure reviews in the social sectors. Some of the analytical work has resulted in tangible outcomes, such as the Bolsa Agrícola (operational since December 2017) which provides more transparent and predictable prices for Paraguayan grains. Additionally, the Doing Business advisory work on promoting formalization of the economy has helped to reduce the hurdles to company registration, simplifying insolvency mechanisms and improving access to credit for small & medium enterprise (SMEs) through secured lending and has resulted in a bill that is currently at discussion in Congress. Analytical work on financial inclusion was followed by the implementation of a national strategy by the Government leading to a 350 percent increase in the number of adults with accounts since 2011.  The substantive analytical work on fiscal policy and equity has provided as a basis for the current dialogue on fiscal reform and tax progressivity in course. The demand for WBG advisory services remained high and led to an important engagement through RASs on strategic areas for Paraguay, such as governance, transparency, management of the environment and education.

The World Bank’s active IBRD lending portfolio in Paraguay totals US $401 million and consists of four investment lending projects: Rural Development, Improvement of Electricity Delivery, Transport Connectivity, and Improved Water and Sanitation.  The Transport Connectivity project (US$100 million) became effective in January 2018.  The Reimbursable Advisory Service (RAS) portfolio (US$5m) in Paraguay started in 2016 and has been very successful to date in channeling demand for knowledge services to high-priority areas. The RAS portfolio includes activities – some of them already concluded - with the Central Bank, the Social Protection Institute (IPS), Itaipú Binacional, Minister of Finance, Minister of Education and Ministry of Health. Two new RASs are in preparation in the social protection and public procurement sectors

The World Bank has maintained close partnerships with other donors, especially the European Union in the education and social protection agenda, United Nations in agricultural sector and the Interamerican Development Bank in infrastructure initiatives. Partnerships are also promoted with leaders from the private sector such as the Club of Executives of Paraguay and civil society organizations such as Club de las Ideas and Paraguay Debate to promote dialogues on the country's development challenges.

On January 22, 2019 the World Bank approved a new Country Partnership Framework (CPF) for the period FY19 to FY23 (Report No. 131046PY) that is aligned with the objectives of Paraguay’s National Development Plan 2030 (NDP) and the five-year strategy laid out by the current Abdo Benitez Administration in its Plan de Gobierno 2018-2023 “Paraguay de la Gente”. The CPF is built around three focus areas: (i) promoting accountable institutions and an improved business climate; (ii) natural capital management and integration into sustainable value chains; and (iii) building human capital. In addition, recognizing that socio-economic progress is highly contingent on strengthening the social contract between the Government and the population, the CPF also encompasses a cross-cutting emphasis on transparency, results-orientation and accountability.

Librada González, a rural producer and beneficiary of the Sustainable Agriculture & Rural Development Project (PRODERS), carefully arranges the products of her garden in two large baskets to take them to the municipal market of Caaguazú, about 20 kilometers from her farm, in the community of Cantera Boca, in the east of the country. Librada, along with 20 other women, works in a community garden whose products are sold at the weekly village fair. To become small producers, they have received financial support and training to produce sustainably. "Thanks to our garden we have a weekly income with which we can feed our children and buy school supplies," says Librada. 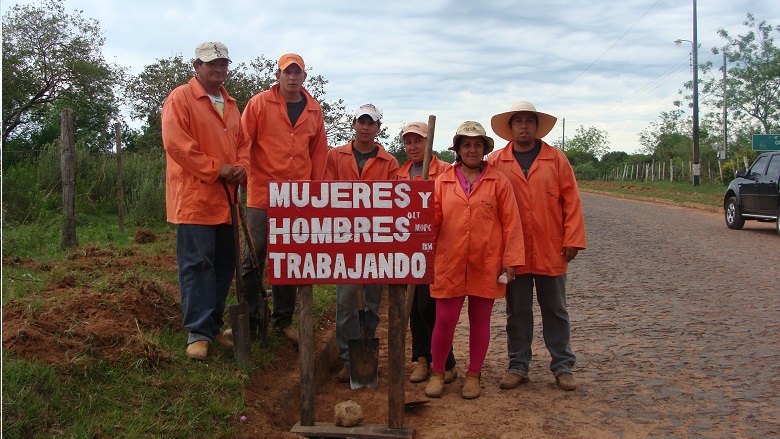