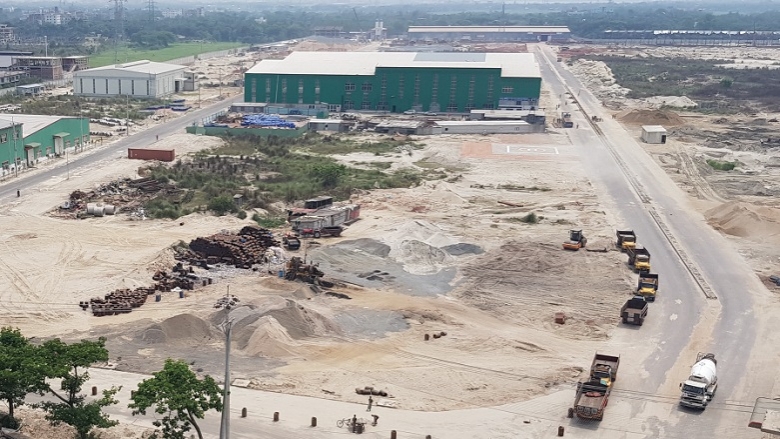 The Private Sector Development Support Project (PSDSP) project has helped transform the market for serviced land for greenfield investments in Bangladesh. Between 2016 and 2018, the project has thus far helped attract US$3 billion of private investments and generated more than 23,000 jobs (of which 20 percent are held by female workers).

Bangladesh has the world’s highest population density of a non-city state (1,252 people/km2) and nearly two million youth enter the job market every year. The Government of Bangladesh recognizes that it must remove binding constraints to private sector development to create more jobs and improving access to serviced land for greenfield investments has become a key policy priority. Investors also grapple with a lack of skilled workers, poor connectivity and high transaction costs. For example, Bangladesh ranks 177 (of 190 countries) in the World Bank’s Ease of Doing Business and 100 (of 160 countries) in the World Bank’s Logistics Performance Index.

In 2010, two pieces of landmark legislation supported by the Bank Group led to the establishment of the Bangladesh Economic Zones Authority (BEZA) and the Bangladesh Hi-Tech Park Authority (BHTPA). These novel institutions were established to move the country’s spatial development policy from an export processing zones model, with modest backward economic linkages, to a special economic zones model, that focuses on strengthening backward and forward linkages, increasing involvement of the private sector, and supporting production for both the growing domestic market and the export market. The Private Sector Development Support Project which covers two International Development Association (IDA) credits (approved in 2011 and 2016), supported the regulatory reform process, helped build the two new institutions, and financed land and infrastructure development for economic zones and hi-tech parks. The overall objectives were to promote private investment and stimulate more and better jobs.

In 2018, Honda established a factory to produce two-wheel vehicles in the Abdul Monem Economic Zone. It was not only one of the first major foreign direct investments in Bangladesh but also the first major investment in a privately-owned and operated economic zone. It will hopefully have a catalytic and signaling effect for global international investors. The next goal for the Government of Bangladesh and the project is to bring in the first major foreign developer of economic zones in the country, which could accelerate the establishment of global supply chains linked to foreign multinationals. Besides the financing of infrastructure and technical assistance, the project has trained nearly 14,000 entry-level workers and mid-level managers. It has also financed the employment of 90 social and environmental counsellors who strengthen social and environmental compliance and adherence to international standards in existing export processing zones. 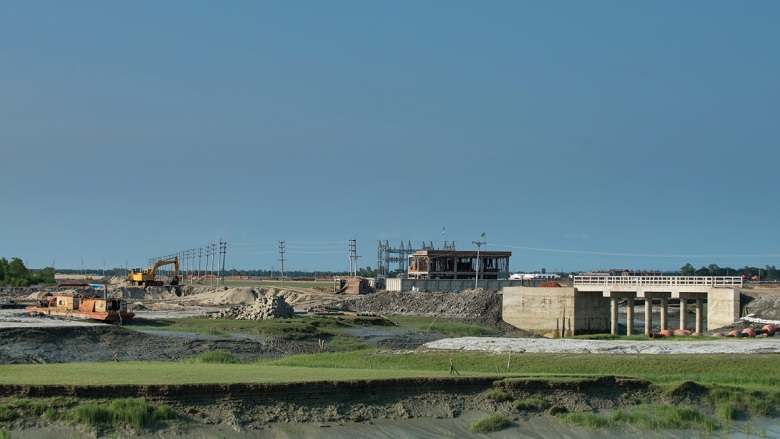 After a slow start in 2011-14, the project achieved most milestones in strengthening the government’s capacity to identify, plan, license, and negotiate public-private partnership (PPP) concessions for economic zone development and facilitate development of these economic zones. The project has thus far helped attract nearly US$3 billion of private investments, generated more than 23,000 jobs (of which 20 percent are held by female workers), and altered the industrial zone landscape of Bangladesh. By March 2019, 21 public and private economic zones have been licensed and 11 of them are operational. The largest economic zone supported under the project, the Mirsarai Economic Zone, which is half the size of Singapore, sits along the Dhaka-Chittagong corridor and it is being developed as a mixed-use, new industrial city expected to host more than 100,000 workers within the next decade. Three hi-tech parks have been established in Kaliakoir, Jessore, and Khulna and there are several smaller private software technology parks. The economic zones and hi-tech parks have attracted more than 100 tenants. The project has strengthened demand-driven skills formation and encouraged good social and environmental practices within EZs.

Two IDA credits approved in 2011 and 2016 totaling US$172 million helped launch BEZA and BHTPA, build their capacity, and start the licensing process of a string of economic zones and hi-tech parks owned and/or operated mostly by private companies. World Bank and International Finance Corporation staff have led and implemented this project over the years.

The task team partnered with the UK Department for International Development (DFID) to administer a grant budget of more than US$20 million to finance works and technical assistance, in particular around master planning, investment promotion, and transaction advisory and skills development.

The project will close in February 2021 and all indications point to a satisfactory project. A new successor project envisions a focus on consolidating the achievements, widening the private sector lens through a Maximizing Finance for Development (MFD) approach, improving institutional coordination, and strengthening the longer-term economic viability of the zones. BEZA’s vision is to license up to 100 economic zones across the country to create 10 million new jobs and fetch additional annual exports of $40 billion, BEZA officials said. It has already prepared pre-feasibility and feasibility studies for 74 locations across Bangladesh for the setting up of economic zones.

The project has a stream of beneficiaries — government agencies, private investors, employed and unemployed youth, and women. Some of the key sectors where new investment is expected – for example garments and footwear – have a much higher ratio of women workers than the rest of the economy. The jobs in the zones and parks are also in the formal sector where work conditions are safer, better paid and properly regulated. Thus, the project is establishing a work environment where women are more likely to thrive in the future: both for high-skilled (tech parks) and low-skilled women (economic zones). The social and environmental counsellor program has contributed to improved compliance in export processing zones with global standards.