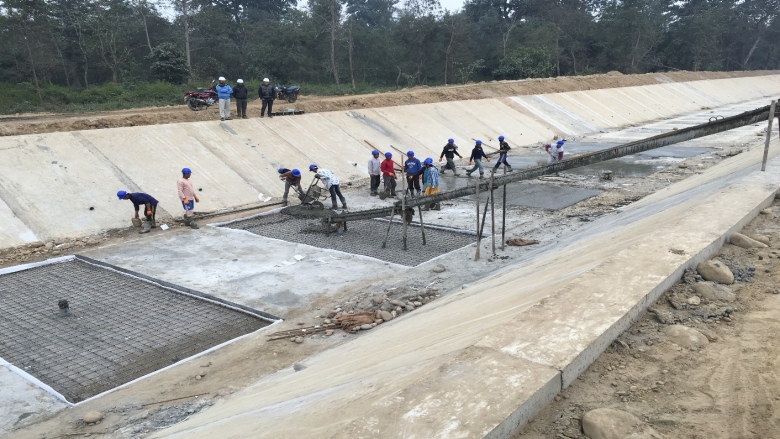 The Modernization of Rani Jamara Kulariya Irrigation Scheme, located in Kailali District in the Far Western Tarai Region of Nepal, provided more efficient, reliable, and flexible water services to farmers and households. The project improved the reliability of water supply and help farmers better manage risks associated with droughts, floods, and fluctuations in the availability of water during the agricultural seasons. About 25,000 farming households comprising close to 160,000 people who are living in the command area of the scheme, mainly from the indigenous Tharu community, benefited from the project.

In Nepal, agriculture contributed to a third of gross domestic product and employed about 80 percent of the rural labor force. The rural population is comprised mostly of smallholder farmers whose level of income from agricultural production was low by international standards. The country’s agricultural sector had become vulnerable to erratic monsoon rains. Farmers often experienced unreliable rainfalls and droughts that threatened their crop yields every year. Before project implementation the Rani Jamara Kulariya Irrigation Scheme, located in Kailali District in the Far Western Tarai Region of Nepal, which is one of the most prominent Farmer Managed Irrigation Schemes in the country, with a total command area of 14,300 ha, regularly suffered from either shortage of water or sever flood damage making it unreliable. Additionally, the scheme was not resilient to climate change and water induced hazards. The government inability to manage the water equitability and efficiently further hampered water distribution. Therefore, this project put emphasis on providing more efficient, reliable and flexible water services to farmers and households to mitigate agricultural losses due to water hazards and improve economic gains in the agro-industry.

The project had three main focuses: modernization of the scheme, capacity building, strengthening of the Water User Association, and agricultural production support. Modernization of the scheme included improving the performance of the system, particularly improved irrigation water delivery in the command area. Modernization of the scheme also focused on delivering a system that was resilient to water induced hazards such as droughts and floods. Better resilience and improved irrigation addressed gaps and secured water for agricultural and household consumption. Capacity building and strengthening for the Water User Association encompassed a revamping of the management, operation and maintenance systems through employee and member trainings; allowing for a sustainable investment. Lastly, agricultural support entailed educating farmers on crop diversification, marketing and training on the use of new technologies for agricultural purposes. Although all three components seem relatively different, together they would result in increased agricultural production, incomes and productivity.

From 2012 to 2017, the project contributed to the following results:

Along with a $23.6 million credit and a $19.4 million grant from the International Development Association (IDA), the World Bank brought global knowledge and international best practices on irrigation management and agricultural support in the command area. This included strengthening the capacity of local implementing partners such as the Water Users Association and other ministries and departments of the Nepalese government.

Successful completion of Phase 1 led to the structuring of Phase 2 of the project ahead of the planned time frame. Phase two was approved by the World Bank’s Board of Executive Directors on March 20, 2018. Phase 2 includes implementing an inclusive comprehensive agricultural program that focused on increasing production, productivity, diversification and strengthen post-harvest support by conducting trainings in product marketing.  Additionally, completion of phase 1 led the Government of Nepal to invest in additional efforts such as funding new abstraction works on the Karnali River and replicating the project in other farmer managed irrigation systems. 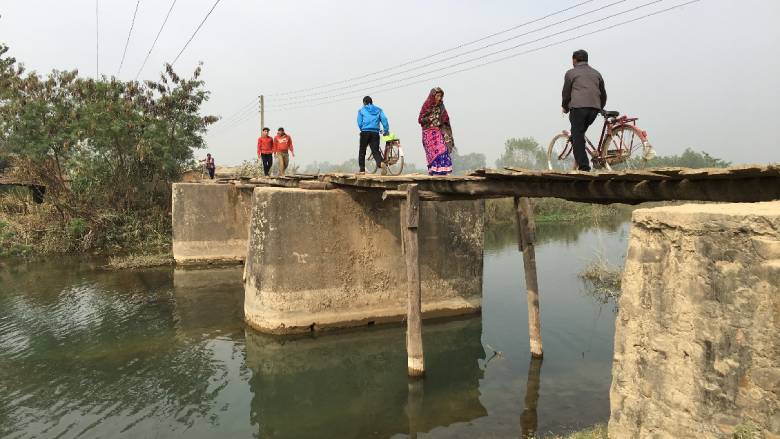 The project also made improvements to roads and bridges, improving access to health facilities, schools, and markets.

Besides water users and farmers, the project empowered women, especially by drawing attention to the role women played as water users and as members of the Water User Association. Investment in rural infrastructure such as roads and bridges benefited households in the area, particularly children and elderly by fixing dangerous roads and improving access to health facilities, schools and markets. This project mainly benefited farmers by laying the foundation for inclusive sustainable economic growth, including agricultural gains and access to water and irrigation.