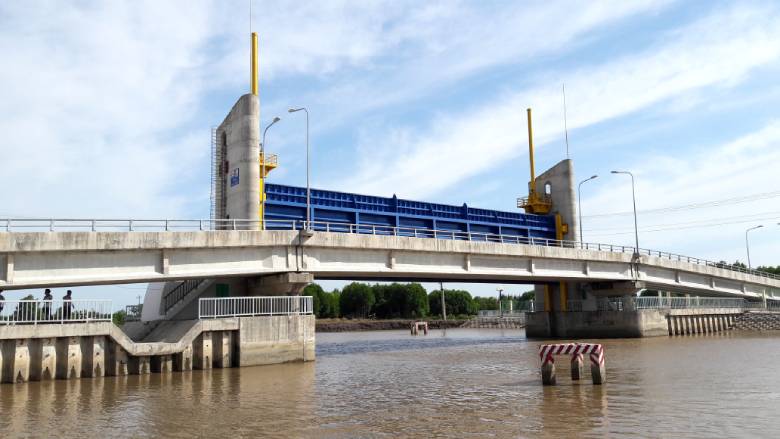 The Mekong Delta Water Management for Rural Development project created gains in agricultural productivity for local farmers, provided access to water supply for rural households, and contributed to climate change adaptation and resilience. Overall, the project contributed towards improving the livelihoods of farmers and residents in the Mekong Delta.

At project appraisal, Vietnam’s vulnerability to climate change made sustained availability of clean water a concern in the Mekong Basin. The area, which accounts for 12 percent of Vietnam’s land mass, produced about 40% of the country’s agricultural GDP and more than half of its expanding agro-food-exports. It is particularly vulnerable to climate change impacts due to its low elevation, rising sea levels, and shifting rainfall patterns. This vulnerability is exacerbated by human activities leading to inadequate management and degradation of water resources. Climate change also posed a threat to economic growth—particularly to communities relying on agriculture as their main source of income. Despite previous government efforts to improve access to safe drinking water, nearly one-fourth of the Delta’s population did not have access to clean drinking water and instead relied on contaminated natural water sources that threatened public health.

The project protected and enhanced the use of water resources in seven provinces of the Mekong Delta region – Can Tho, Soc Trang, Hau Giang, An Giang, Kien Giang, Ca Mau, Bac Lieu -- to sustain agricultural productivity, provided access to water supply, and contributed to climate change adaptation through a concerted effort towards integrated approaches for water resource management.  A combination of structural and non-structural measures was implemented including awareness campaigns, water resources management planning and infrastructure reconstruction to mitigate impacts caused by climate change.  The project design recognized agriculture as the key sector for Vietnam’s efforts to reduce poverty and maintain economic growth. Therefore, to cope with the effects of growing water scarcity for agriculture, climate smart agricultural techniques were implemented to increase water productivity. Other key interventions included implementing safe and potable water supply through piped water schemes to improve access for the population to water supply and delivery. Improvements in sanitation practices were also supported through awareness campaigns and construction of latrines.

From 2011 to 2017, the project invested in water management infrastructure – river and sea dykes, sluices, and dredging of secondary and tertiary canal systems – to protect and enhance the utilization of water resources in project provinces of the Mekong Delta to sustain gains in agricultural productivity. Thanks to the project, providing people, including the poor, with household-level access to sustainable, safe and potable drinking water supply through piped water-supply schemes and improved sanitation contributes to the improvement of their health and livelihoods. A combination of measures including awareness raising, water resources management planning, etc. were designed to create the needed water management infrastructure and to increase the institutional capacities at all levels to cope with increasing saline intrusion, variable flow regimes and growing competition for water resources.

Along with a $143.6 million credit from the International Development Association (IDA), the World Bank brought global knowledge and international best practices on water resource management in Delta regions, including successfully strengthening the capacity of local implementing partners and their staff. The Bank’s engagement helped to take into account socio-economic conditions towards managing water while taking into account the impacts of climate change.

The project invested efforts and resources to strengthen the capacity of 37 local implementing partners and their staff to improve project execution. The project collaborated with Can Tho University to identify new agricultural technologies that were piloted during project preparation. Additionally, the project partnered with the Ministry of Agriculture for support with structural investments and the Ministry of Health to aid with sanitation initiatives. The Project also closely collaborated with the Netherlands through the Embassy in Hanoi to promote the concept of soil-bank in managing soil materials gained resulting from dredging works.

Learning from the project, future projects would recognize the institutional complexities in Vietnam along with the need to decentralize and allocate adequate resources for formal and on-the-job capacity building. The project contributed to an overarching water narrative for delta areas by reflecting a vision which tried to integrate ‘water for agriculture’ and ‘water for people’ and introduced ‘climate change adaptation’ as a cross-cutting element.  The project also helped to highlight water governance issues to inform the development of water strategies, provide an integrated view of challenges, and identify priority activities to achieve national water security. 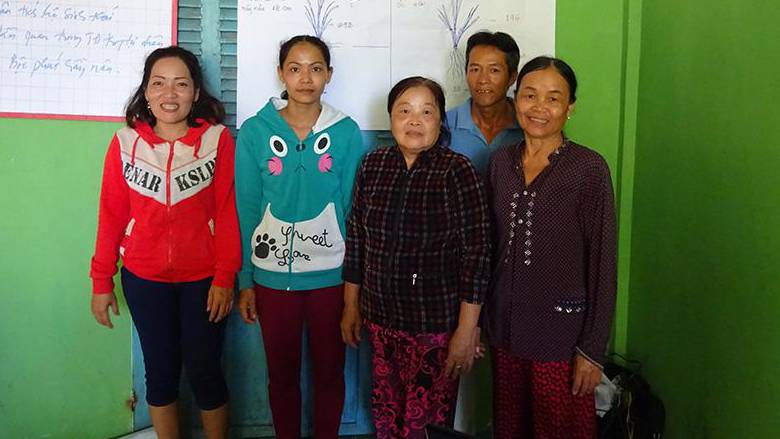 The project benefited farmers, households in the upper delta provinces, and aquaculture farmers along the coastal provinces. Residents in the delta saved time collecting water for their households and money for buying treated water. Working days lost due to water-borne diseases were reduced. The project specifically targeted poor communities that did not have access to potable water and sanitation. Furthermore, the project also targeted women so that they benefited from agricultural gains and improved their access to water and sanitation.