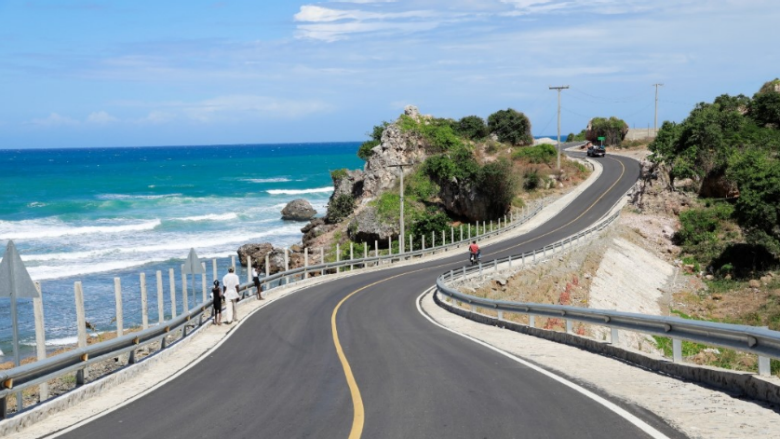 Recorded as Haiti’s most devastating natural disaster in recent history, an earthquake on January 12, 2010, killed an estimated 230,000 people, injured 300,000 more, and displaced more than 1.5 million as a result of collapsed buildings and infrastructure. Damages and losses stemming from the 7.0 magnitude earthquake were estimated at US$7.8 billion, representing 120 percent of Haiti’s gross domestic product, and reconstruction needs reached US$11.3 billion.

The unprecedented damage throughout the country weakened the government’s ability to respond to the crisis. In addition to the loss of one-third of its civil servants, Haiti suffered partial or total collapse of key administrative buildings, including the National Palace, the National Penitentiary, the Parliament, and all but one of its ministries. Much of the service delivery infrastructure in and around Port-au-Prince was destroyed, including critical stretches of the primary road network linking the capital to heavily damaged southern cities.

The Infrastructure and Institutions Emergency Recovery Project (IIERP) was designed to support Haiti’s government in its post-disaster sustainable recovery efforts through interventions to rebuild key institutions and infrastructure. The International Development Association (IDA) not only financed urgent actions needed to provide relief to the population, to enable early recovery assessments and works, and to restore key government functions, it combined these actions with institutional strengthening including training, capacity building, and reconstruction urban planning, a crucial step in addressing the need for improved long-term reconstruction planning. After the immediate crisis, IDA provided Haiti with substantial support — through flexible tools, a stronger footprint on the ground, and a tailored capacity-enhancement approach and by forming an implementing entity to supplement government capacity — enabling the government to enhance its long-term governance reform agenda and to rapidly reconstruct its key infrastructure. This innovative approach integrated emergency activities with long-term reconstruction planning and became a model for subsequent IDA-financed post-disaster emergency projects in Haiti.

of road were rehabilitated, including the Cap Haitien to Labadie road, which created tourism potential, improved access to markets and services, and generated 95,000 days of work through infrastructure repair or reconstruction.

IDA financing helped support the achievement of key outcomes, despite the challenging context. These outcomes included:

In the wake of the 2010 crisis, the World Bank, through the International Development Association, provided US$65 million for the IIERP as a rapid response to the disaster. Thanks to the results delivered by the project, the government requested additional financing in 2012 to scale up activities, which IDA provided in the amount of US$35 million. Another additional financing in the amount of US$2.8 million was subsequently provided in 2016 to finance the design of an effective monitoring plan and baseline data collection.

The project benefited from the collaboration and coordination of partners, which helped maximize development impact, especially during the project’s emergency phase. The Post-Disaster Needs Assessment was implemented in the first few months following the earthquake using coordinated financial and technical resources provided by IDA, the United Nations, the European Union (EU), and the Inter-American Development Bank (IDB). Continuing their efforts, IDA, EU, and IDB carried out a joint mission in early February 2010 to coordinate with the government on emergency support. Coordination meetings on early recovery actions held with other development partners, including the Sector Coordination Group for Transport, the United States Agency for International Development (USAID), the United States Treasury, and the United States Army Corps of Engineers, the Spanish Aid Agency, the Canadian Agency for International Development, and the French Development Agency, resulted in an effective and efficient preliminary strategy for early, medium, and long-term recovery and reconstruction and valued technical and policy advice to Haiti’s government. This collaboration further strengthened the National Disaster Risk Management System and facilitated coherent and effective implementation of identified activities.

The newly paved road linking Cap Haitien to the village of Labadie was inaugurated in February 2018. Merline Pierre lives in Labadie and commutes to Cap Haitien to attend high school. “Many friends of mine have had to move to Cap Haitien because of the road. The trip was too painful, and they were nearly always late. Before the rehabilitation of the road, the trip took more than an hour. The road was in bad condition, with lots of rocks, and passengers would often get sick. Now, with the new road, the trip only takes 20 to 25 minutes.” Jean Oril drives a tap-tap (a large van used for public transportation) and is president of the transport operator union of Labadie. “I have been working on this route for 12 years. I drive people working at Labadie, students, workers.… Before, we could only drive 15 or 16 people and make a maximum of three trips a day. However, with this new road, we can make six to eight trips per day. Prior to the rehabilitation of the road, it was impossible to find a tap-tap after 4 p.m. If one needed to get to the hospital, he or she would have to find her own means of transportation, because there was none available to get you there.”

The approach of blending early recovery activities with long-term reconstruction planning served as a model for several post-disaster recovery and reconstruction projects subsequently financed by the World Bank. The IIERP enabled IDA to step up its support for Haiti’s recovery efforts and to institutionalize longer-term reconstruction planning. These results and gains are being capitalized, scaled up, and sustained through follow-up operations, including the Statistical Capacity Building Project on the PFM side. On the infrastructure side, improved tourism development prospects provided by the rehabilitated Cap Haitien–Labadie road fit into the ongoing IDA-funded Cultural Heritage Preservation and Tourism Sector Support Project, which capitalizes on such achievements to deliver better results and maximize and sustain impact.