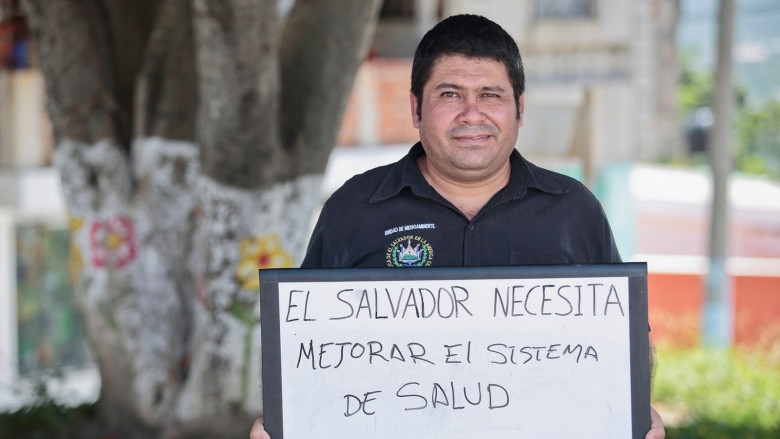 Health care improved in El Salvador’s poorest 92 municipalities: births in health facilities increased, neonatal units were equipped, and full cycles of treatment for cervical cancer were ensured, contributing to decreases in maternal and neonatal mortality. In addition, the nation strengthened its emergency response network, improved the equipment available at the primary and tertiary levels of care, and improved the National Reference Institute responsible for identifying and monitoring infectious diseases.

El Salvador’s population faced development challenges due to inequalities in health care access and quality. Limited access to health care and high out-of-pocket expenditures had a disproportionate impact on the poor and those living in rural areas. The country’s health care system needed enhanced response capacity to effectively address increasing morbidity, mortality, and disability from communicable diseases and chronic noncommunicable diseases within these populations. Maternal mortality had decreased but had not reached the Millennium Development Goal (MDG) of 38 deaths per 100,000 live births; this remains a challenge, with 48 deaths per 100,000 live births in 2015 (decreased from 50.8 in 2011). In 2009, the government launched a health system reform. The National Health Strategy (2009–2014) aimed to reduce inequalities in access, improve health service quality, and strengthen information system management to enhance the Ministry of Health’s monitoring and oversight capacity. The World Bank supported the government in implementing the planned health reforms.

The Bank approached these challenges through the Strengthening Public Health Care System project, which provided a flexible response to meeting the country’s evolving needs. Investment innovations included emphasis on maintenance of medical equipment, with more than 51 primary care hospitals and 30 secondary and tertiary hospitals receiving infrastructure and equipment updates. In addition, with project support, the Ministry of Health established the first National Radiotherapy Center to provide complete cycles of care for cancer patients, including training staff in treatment and management of third-generation equipment.

The World Bank, through the International Bank for Reconstruction and Development (IBRD), provided US$80 million to fully fund El Salvador’s Strengthening Public Health Care System project. A Japan Social Development Fund (JSDF) trust fund of US$2.8 million was implemented in parallel with this project. It contributed safeguards for pregnant women and children under the age of three against shocks from food price volatility, thus protecting the health, nutritional, cognitive, and social outcomes of very young children in marginalized urban poor families.

To accelerate progress towards reducing maternal and neonatal mortality, the project included interagency coordination among the Pan American Health Organization, the World Health Organization, the United Nations Children’s Fund, the United Nations Population Fund, the United Nations Development Programme, and the Inter-American Development Bank. The role of partnerships — involving government, civil society, the United Nations, the World Bank, and a preliminary interaction with the private sector — was extremely positive, creating a sense of shared responsibility and efficiency in the investment. The government made an effort to cover many of the activities discussed with and defined along with the partners as key in the effort to reach the MDGs. Agencies found complementary roles in the effort to reduce maternal and child mortality and established coordinating mechanisms integrating the international cooperation in the El Salvador’s National health Strategy.

This project proposed to pilot the line of care for noncommunicable diseases in three regions. A new project — El Salvador Addressing Noncommunicable Diseases — is currently under implementation and is being funded by a grant. Once the model is approved, it will be expanded to the whole country under another project, currently under preparation: Promotion of Human Capital in El Salvador at Different Stages of the Life Course. The new project will include promotion, prevention, and early treatment of disease.

In addition, a new project is now under preparation with the Inter-American Development Bank will fund activities on maintenance of medical equipment as a follow up to this World Bank health project.