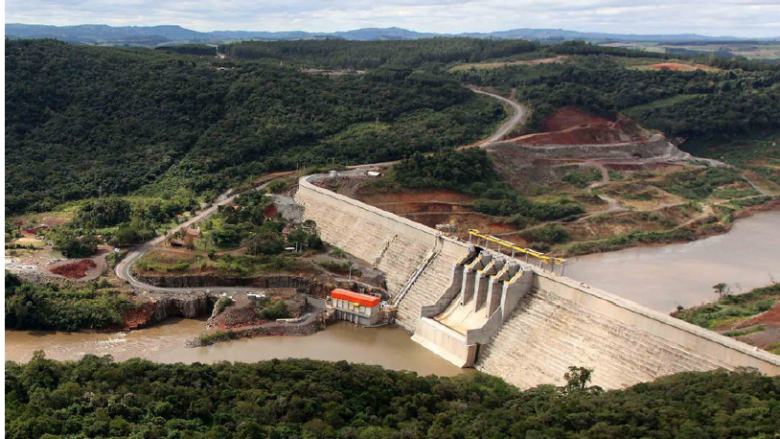 Six of Brazil’s electricity distribution companies were performing poorly in terms of quality of electricity service, high levels of loss, and struggling commercial management systems. These six companies (collectively, DisCos), had been rejected by the private sector in a privatization round, and thus were subsumed into the federally owned energy company, Eletrobras. Government goals were to bring them up to standards and find private buyers for them.

These DisCos offered low quality electricity services and were geographically dispersed over  six states plus Brasilia, an area measuring 3,000 by 2,500 kilometers. In 2008, interruptions per customer were as high as 87 hours (in Amazonas), as compared to the Brazilian average of 17 hours; the annual average number of interruptions per customer in the six companies was as high as 93 (again in Amazonas), as compared to 11 for Brazil generally. The DisCos also had a history of low capacity, poor management, and lack of commercial discipline, exacerbated by political interference by local authorities. Prior to the project, mismanagement led to failure to enforce the consequences of nonpayment. The resultant lack of funds led to underinvestment in basic maintenance and delays in connecting new clients. Service was irregular and poor quality, so increasing numbers of consumers did not pay. The result was extremely high average losses (technical and nontechnical) of about 34 percent (2005–2008), exacerbated by low bill collection rates and a residential payment default rate of 40 percent (2005–2008), due to meter tampering or illegal diversion of power. The six DisCos companies, on average, received payment for less than 50 percent of power purchased. Despite subsidies, the net balance recorded by these DisCos represented a loss of US$349 million in 2007. In terms of financial performance, they recorded financial losses of 1.4 billion reais in 2010 (equivalent to US$0.8 billion).

Rehabilitation of 988 kilometers (km) of medium (MV) and low (LV) voltage line and construction of 1,015 km of new MV and LV lines.

Implementation of the project was affected by a series of external shocks, including political and regulatory changes and natural disasters. In addition, the project represented the Bank’s first large tendering and implementation of smart grid technology: US$95 million for advanced metering infrastructure (AMI). Even under these constraints, the project obtained results in the following key areas:

The World Bank, through the International Bank for Reconstruction and Development (IBRD), intended at project inception to provide US$495 million; Eletrobras was to supply US$214 million.  During implementation, however, as a result of multiple shocks (economic, regulatory, and political), the Brazilian real devalued from 1.75 to approximately 4.00 reais (effectively doubling the available funds from the Bank, as most contracts were nationally bid). At the same time, the government extinguished Eletrobras’s operating fund. As a result, the Bank’s portion of the loan covered expenses originally allocated to Eletrobras, and final disbursements were US$272 million from the Bank and US$148 million from Eletrobras.

The project benefited the more than four million consumers in six states now receiving improved electricity services, which means fewer and shorter outages, better voltage control (fewer equipment burnouts), and new (legalized and safer) connections. A further expected result, as losses decline, will be lower tariffs. In addition, previously unregistered consumers now have proof of residency, enabling them to access social tariffs and other social programs and providing opportunities to open bank accounts and benefit from other day-to-day services and conveniences.

As mentioned earlier, the private sector had not been interested in buying the six distribution companies (Amazonas, Acre, Roraima, Rondônia, Piauí, and Alagoas), as their overall performance was considered too poor and risky. Within six months of finalizing project activities, all six DisCos were privatized.