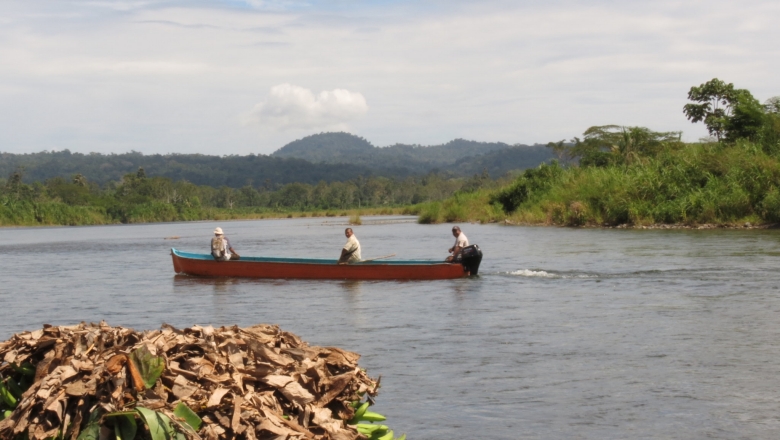 Costa Rica has significantly strengthened its institutional and legal framework for disaster risk management (DRM) and has further anchored and mainstreamed DRM into National Development and Investment Programs. The country has strategically used a World Bank contingency loan to buffer the social and overall fiscal impacts of three natural disasters and has developed a strategy to further strengthen disaster risk financing.

Costa Rica ranks number two in the world among countries most exposed to multiple hazards, with 77.9 percent of the population and 80.1 percent of GDP located in areas at high risk of multiple hazards, including floods, cyclones, landslides, earthquakes, and volcanic eruptions. Before this operation, major disasters included floods in November 2005 and December 2007 that caused US$ 25 million and US$ 80 million in damage, respectively. In May 2008, Tropical Storm Alma affected 20 counties, directly affected 21,000 people, destroyed more than 1,150 houses, cut off more than 130 roads, and resulted in about US$ 40 million in direct economic losses. To avoid compromising long-term development programs by diverting budgetary resources to crisis response, Costa Rica needed to ensure its access to additional post-disaster funding to assist affected populations and support reconstruction.

The World Bank’s Development Policy Loans (DPL) provide budget support to governments for programs enhancing policy and institutional actions that help to achieve sustainable, shared growth and reduce poverty. The DPL with Catastrophe Deferred Draw Down Option (Cat DDO) offers an innovative tool for disaster risk financing by providing financial resources upon request following declaration of an emergency and request of funds. Costa Rica’s Cat DDO was the first application of this instrument, and provided the nation with complementary and bridge funding to use while other it mobilized other financial resources, thus protecting development programs’ budget allocations. The Cat DDO has been extended twice, for a total of nine years, and notwithstanding two changes in government during project implementation (2010 and 2014), the government remained fully committed to the disaster risk management program.

Through the nine years of Cat DDO implementation (2008–2017), the Costa Rican government used the US$ 65 million of funds to respond to three disasters.

Through the nine years of Cat DDO implementation (2008–2017), the Costa Rican government used the US$ 65 million of funds to respond to three disasters:

The government used the Cat DDO funds strategically to complement sectoral allocations reserved for emergency response and financial resources from the National Emergency Fund. For several other major events, including the Sámara earthquake in 2012, which caused damage totaling about US$ 101.2 million, Costa Rica managed to respond without drawing on the Cat DDO at all, thus saving resources for possible future major disasters.

In policy terms, Costa Rica’s Cat DDO has contributed to strengthening two key areas of the country’s disaster risk management program: (a) it has helped strengthen the institutional and legal framework through the approval of Law No 8.488 and its regulation, followed by their implementation which included activities such as the development of National Risk Management Policies and Plans, organization of yearly National Risk Forums and strengthening of the National Emergency Fund, and (b) it has mainstreamed disaster risk management in the National Development and Investment Programs, resulting for instance in the consideration of disaster risk considerations in all public investments. The project thus contributed to institutional changes that encouraged a more responsive approach to disasters and comprehensive, ex-ante management of risk across sectors.

The World Bank, through the International Bank for Reconstruction and Development (IBRD), provided a loan of US$ 65 million to finance the project. In addition, the Bank brought to the project global knowledge and international best practices on disaster risk management.

Strong leadership from Costa Rica’s Ministry of Finance, the National Emergency Commission, and the Ministry of National Planning and Economic Policy was critical for the successful implementation of this operation. Furthermore, increasingly close collaboration among the three agencies concerning disaster risk financing proved key to the project’s very positive result and formed a basis for the nation’s further engagement with the Bank in a broader DRM dialogue.

The foremost goal for strengthening the DRM framework was to respond to the needs of the most vulnerable. By mainstreaming DRM across sectors and into national development, Costa Rica’s risk considerations are now closely linked to its poverty reduction efforts.

Following the disasters for which the Cat DDO was drawn on, Melvin Quiros, Director of Public Credit, Ministry of Finance, stated, that the “Financial strategy related to natural hazards, which included the Cat DDO as an important component, helped the impacted population to feel the support of the government in such difficult times, not only in the immediate emergency response but also during rehabilitation and reconstruction. In particular, the effective and timely used of funds available from the CAT-DDO allowed families, especially the most vulnerable ones, to return to their regular activities as soon as possible”.

Since this Cat DDO closed, the government of Costa Rica has continued to make significant progress in strengthening the DRM agenda, moving toward endorsement of the disaster risk financing strategy and further strengthening its National Emergency Fund through an amendment to the law.

At the World Bank, the experience provided by and the lessons learned from the Costa Rica Cat DDO, the first of its kind, have informed other projects in the Latin America and Caribbean region and use of the instrument has subsequently spread to Asia, Africa, and most recently, Europe: Colombia and Guatemala (2009); Peru, El Salvador, and the Philippines (2011); Panama (2012); Colombia (2013); Sri Lanka (2014); Seychelles and Peru II (2015); the Philippines II (2016); Serbia and the Dominican Republic (2017); and Romania and Kenya (2018).