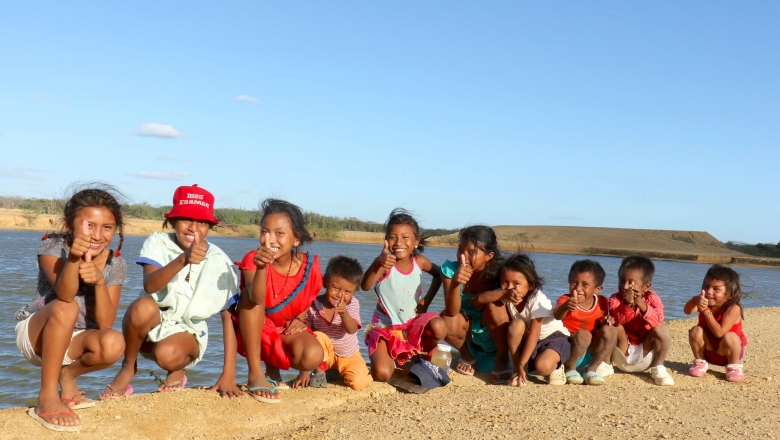 Delivering water supply and sanitation services in La Guajira, presented particular challenges: water was scarce, managerial capacity was limited, and the gap in infrastructure was significant. In response, the Department of La Guajira strengthened the performance of municipal public service companies by involving the private sector in service delivery. Seven municipalities integrated commercially independent private utilities, leading to improved access to water and sanitation service for 409,160 and 362,131 urban residents, respectively.

The desertic region of La Guajira, one of Colombia’s most impoverished and underdeveloped departments, is highly sensitive to climatic variations and experiences chronic droughts. Water is scarce, and managerial capacity is limited. Compounding the challenges facing the water supply and sanitation (WSS) sector, low institutional capacity and political volatility created a backlog in needed infrastructure investment, operation and maintenance. Only 68.2 percent of the population had water connections, and just 35.1 percent had sewerage connections. The Wayuu indigenous people living in rural areas walked miles daily to collect water and relied on untreated rainwater, resulting in a high incidence of water-borne diseases. In urban areas, physical water losses reached over 78 percent of production, metering was practically nonexistent, and 90 percent of wastewater was untreated. The Colombian government channeled resources for investment to the municipalities, which were responsible for ensuring WSS services, but much of these resources was lost due to the complexity of working with numerous municipalities.

The La Guajira Water and Sanitation Infrastructure and Service Management Project sought to strengthen the institutional performance of municipal public companies by involving the private sector in service delivery. The integration of specialized operators (SOs) in service provision is an approach the World Bank had previously supported in Colombia. The capital investment financed by the World Bank created an enabling environment that attracted private SOs which, in turn, facilitated their engagement in developing infrastructure and improving utilities’ institutional performance. For rural areas, the project focused on securing access to improved water sources by supporting the construction of reservoirs and building local capacity, drawing on the Bank’s experience working with indigenous communities and managing social issues. The project also aimed to enhance sector efficiency by channeling funding to the department as opposed to the municipalities. The project served as a pilot effort at the national-level for overcoming challenges associated with directly funding municipalities; an approach that came to be termed the Departmental Water Plan (Plan Departamental del Agua, PDA). Working in a politically complex project environment such as La Guajira required flexibility and strategic planning.

Between 2007 and 2018, the project improved WSS services for 422,269 beneficiaries in La Guajira’s poorest areas, of whom around 51 percent were female. In urban areas, the project delivered the needed WSS infrastructure and enhanced utilities’ institutional performance by bringing in SOs. Results over the course of implementation included:

In rural areas, the project supported the construction of 10 reservoirs and ancillary infrastructure (including fences, livestock drinking points, and dam safety measures). Over the course of implementation:

The World Bank, through the International Bank for Reconstruction and Development (IBRD), provided US$71.4 million toward the total project costs of US$139.6 million. The Bank’s contribution of international expertise, best practices, and relevant lessons learned supplied critical support to Colombia’s government for delivering the project and achieving the desired results in the Department of La Guajira’s complicated operating environment. The project contributed to leveraging an additional US$68.2 million in counterpart financing, drawn from a mix of national and local resources.

The government of Colombia’s commitment to the project was key to its success. The government took unprecedented steps, involving the Ministry of Finance, the National Planning Department, and the Ministry of Housing, City, and Territory in project implementation and supervision. Departmental and local administrators and special operators also played critical roles in improving urban WSS services in participating municipalities.

Among the reflections of those impacted by the project:

Before the project, water ran just twice per week, or even once. We had to buy water from trucks. Now we have 24-hour supply…. Now, water is more suitable for human consumption and household chores.

We have a team of social workers responsible for conducting outreach, telling the population about the benefits of the projects and promoting a culture of water saving….There was a demand for better services, therefore through water quality and service improvements, willingness to pay is greater, improving sustainability.

William Garcia, a manager of ASAA (a Riohacha SO),

We had to walk six or seven kilometers just for two water containers. Now we are quite near.

The project, designed as a pilot to enhance sector efficiency by using the SO model, proved replicable. The PDA pilot supported by the project represented a significant step forward for Colombia’s WSS sector. Based on this experience, the national government adjusted the constitution to generate a pool of WSS resources under the revenue sharing system, thus scaling the PDA program nationwide to all of Colombia’s 32 departments. The SO contracts in the project’s two largest municipalities run through 2030, limiting the risk that project achievements will not be maintained. The Bank continues to provide technical assistance and to strengthen the SO model, involving private operators in an approach that aligns well with the concept of Maximizing Finance for Development. Although water security has improved for the Wayuu community, challenges persist, and upcoming efforts should address issues related to expanding water supply sources and improving institutions charged with providing WSS services.