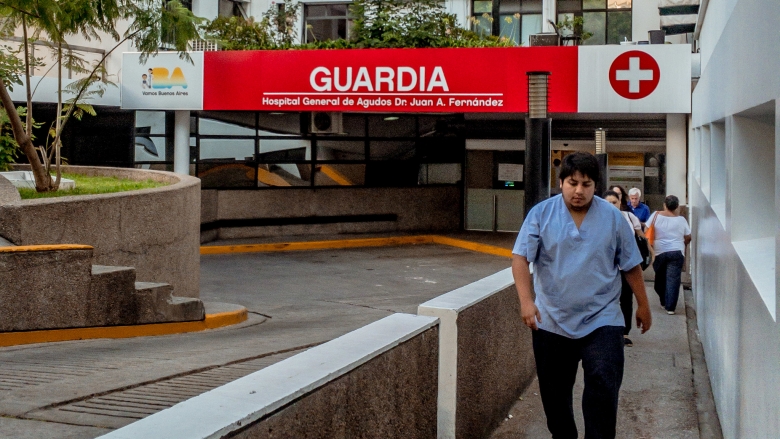 Argentina continues to face a silent epidemic of chronic disease due to the ageing of its population and citizens’ increasingly unhealthy behaviors. Progress to reduce the burden of disease has been slow because little emphasis has been placed on health promotion and disease prevention. In 2016, noncommunicable diseases were estimated to be responsible for 78 percent of all deaths in the country. The two main causes of death for both men and women are cardiovascular diseases and cancer, accounting for 40 percent of years of potential life lost in men and 47.7 percent in women. While some progress was made on prevention, by 2010 Argentina had no comprehensive health promotion program. In this context, the project sought to use a results-based approach to further strengthen the management and epidemiological surveillance of programs related to chronic diseases, while continuing to reinforce the Ministry of Health’s stewardship role; to introduce strategies to promote healthier lifestyles and preventive measures for selected chronic diseases; and to ensure coordination of health initiatives at the federal and provincial levels.

The Essential Public Health Functions Project II (FESP II) was designed (i) to support Argentina’s government-led health policies and their goals of reducing mortality and morbidity linked to collective diseases, and (ii) to strengthen the stewardship and governance roles of the National Ministry of Health (MSN) and Provincial Health Ministries (MSP) by developing Essential Public Health Functions and a series of prioritized programs aligned with set health goals. With these objectives in mind and building on progress achieved by its predecessor (FESP I), FESP II emphasized strengthening institutions and capacity building at both the provincial and the national level and forging links with prioritized programs objectives and goals. The results-based approach proved to be an effective mechanism for delivering services to beneficiaries and for supporting institutional development. Using incentives and technical support from the national Ministry of Health to the provinces, the project successfully promoted coordination between the national and provincial levels by supporting consensus building and collaboration.

The number of intensive health care units evaluated and properly registered in the public health system increased from 0 to 633 between 2010 and 2017.

The project aimed at improving the stewardship role of the federal public health system by strengthening Essential Public Health Functions. Some of the results achieved include:

The project led to increases in prevention, diagnosis, and treatment coverage and in effective clinical governance in six of the seven selected Priority Public Health Programs (PPHPs):

The World Bank, through the International Bank for Reconstruction and Development (IBRD), provided US$ 461 million to the Essential Public Health Functions and Programs II Project.

This project builds on the achievement and experience of FESP I and works on an integrated approach with Inter-American Development Bank projects.

The project invested in health-related public goods with externalities that bring benefits to Argentina’s population (e.g., immunizing all sectors of the population). In addition, robust achievements were attained in expanding coverage (i.e., prevention, diagnosis, and treatment) in six out of the seven Priority Public Health Programs. Those enrolled or potentially eligible for enrolment in those programs directly benefited from the project. The project particularly targeted female beneficiaries in the two pilot provinces and moved forward the indigenous health agenda.

The project successfully promoted harmonization of health efforts at the national and provincial levels by building consensus and collaboration. The structural lack of mechanisms to ensure national-provincial coordination as well as provincial compliance with national norms, standards, and reporting constitutes perhaps the most pervasive hindrance to the long-term sustainability of project outcomes. In this regard, several Bank-financed operations are helping within their specific orbits to ensure the needed coordination. These operations include the Supporting Effective Universal Health Coverage Project, the Protecting Vulnerable People Against Noncommunicable Diseases Project, and the Provincial Public Health Insurance Development Project. For those areas of intervention not captured by any specific project, sustainability will depend on continuous efforts to build consensus and buy-in from the provinces and from the corresponding directorate or program management unit at the national level.