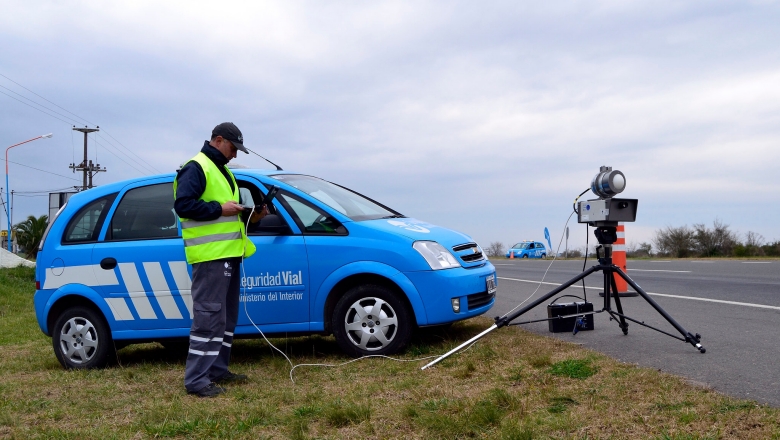 The government of Argentina has implemented an ambitious road safety project with technical assistance and a loan from the World Bank. A comprehensive set of activities throughout the country has strengthened Argentina’s institutional framework and management capacity for road safety and has helped stabilize traffic fatalities.

In 2011, the United Nations declared the “Decade of Action for Road Safety” to address this global public health crisis with the goal of stabilizing and reducing road traffic fatalities by 50 percent by 2020. In Argentina, as in most Latin America countries, however, as motorization and motorized trips rose, so did traffic crashes and fatalities. For 2010, the World Health Organization reported 5,094 road traffic deaths in Argentina. Due to underreporting and differences in definitions, official national statistics were slightly lower, recording 4,950 traffic deaths, but both numbers are seriously concerning. Further, the trend showed no signs of a sustained downturn; road deaths had consistently increased by around 20 percent between 1980 and 2010. The coordination and institutional challenges were particularly acute due to Argentina’s federal government structure. A parallel increase in road traffic injuries also required a strong, sustained response from civil society.

This project is one of the World Bank’s very few stand-alone road safety projects, and its success was due largely to its focus on strengthening and then sustaining the country’s road safety management capacity by using the lead agency model. For this project, the lead agency was ANSV (Agencia Nacional de Seguridad Vial). International experience in high-income countries has shown that a coordinated approach to improving road safety management and implementing specific road safety measures, under the responsibility of a lead agency, can succeed in stabilizing and eventually reducing road traffic fatalities and injuries. Consequently, the project implemented a comprehensive set of activities throughout the country. The lead agency’s role in major project activities, such as establishing and deploying a national driver’s licensing system, conducting communication and education campaigns, and strengthening the National Road Safety Observatory, were instrumental in establishing its responsibility for national road safety. ANSV was thus able to ensure federal-level multijurisdictional and multisectoral coordination, smoothing the way for the efficient rollout of other project components, such as police enforcement of key risk factors (e.g., speeding and seatbelt use) and improved infrastructure (e.g., roundabouts, school zones, signalized intersections, and road markings), under the associated Incentive Fund.

​Argentina’s traffic fatalities increased steadily until 2011, after which the number has remained fairly stable (between 5,000 and 5,500 fatalities per year). This is a significant achievement:   Given the projected growth of traffic fatalities, 814 additional fatalities would have occurred in 2015 and 397 in 2016, as compared to actual events.

Fatalities in the three demonstration corridors were reduced by 22.92 percent in 2017 and 30.91 percent in 2016; the average number of serious injuries in the three corridors was 14.62 percent lower in 2017 than in 2010 and 36 percent lower in 2016. A review of the risk factors in the “Safe Corridors” also provides interesting results. Seatbelt use in the corridors increased and reached 95.5 percent in 2017, compared to a 67.2 percent compliance in 2010 and a national trend of around 40 percent. In the demonstration corridors, compliance with speed limits improved from 88.6 percent to 99.3 percent over the course of the project.

The following outputs and intermediate results, among others, contributed to achieving project goals:

The World Bank, through the International Bank for Reconstruction and Development (IBRD), provided $30 million to the project. This effort helped to reduce road traffic injuries and fatalities in Argentina’s territory by strengthening the nation’s road safety institutional framework and management capacity. Road crashes were significantly reduced in the selected pilot corridors.

The Project has supported civil society organizations from Argentina to develop education, public awareness and communication campaigns to contribute to a reduction in the number of deaths and injuries due to traffic incidents. “Despite the fact that road accidents are the major cause of death for 15-25-year-olds, road safety isn’t a major concern for young people”, notes Lucila de la Serna, president of the Conscientious Driver Association: Families and Friends of the Victims of the Santa Fe Tragedy. Under this project, the NGO drafted a book for 2nd and 3rd graders and started working with school teachers from La Pampa province, “soon, we will publish an online version of the book so that it can reach a greater number of schools" explains de la Serna. The MINU Civil Association is another charity which is working with secondary school through its Young People, Debating and Constructing Road Safety project, which is focused on public schools in the city of Buenos Aires and in 5 areas within Greater Buenos Aries. “Through a dynamic and participatory program, such as one day pretending to be a legislator, we have managed to get young people involved in the complex reality of road safety”, commented the charity’s director Martín Galanternik.

The municipality of Urdinarrain in the province of Entre Ríos, with some 10,000 inhabitants, was one of the most successful institutional beneficiaries of the project thanks to the Incentive Fund’s support for implementing road safety policy and projects on the ground. By adhering to the national driver’s licensing system, Urdinarrain was able to (i) obtain funding to develop a road safety plan, (ii) access capacity building for authorities involved in road safety through study tours to Spain’s General Traffic Agency, and (iii) obtain support for implementing low-cost traffic calming and school-zone road safety inspections. Urdinarrain was the first municipality in the province of Entre Ríos to adhere to and implement the national driver’s licensing system and to enforce laws against drunk driving. According to local authorities, 99 percent of motorcyclists now use helmets, and no traffic fatalities or serious injuries occurred in the municipality in 2017.

The Road Safety Agency has been institutionalized and strengthened and can now coordinate the nation’s road safety agenda across jurisdictions; sustained financing has been allocated to ensure its continuation. In addition, the project was designed to demonstrate success in selected corridors, with the aim of replicating its successes later across the entire road network; Argentina is already implementing this expansion through a large public-private partnership (PPP) focused on rutas seguras (safe routes), with six PPP road corridor contracts already signed that focus strongly on road safety. Finally, following regional requests to support replication of Argentina’s approach to road safety management, the Bank is scaling up its efforts by providing financial and technical support to create the initial framework and web-based platform for Observatorio Iberoamericano de Seguridad Vial, which facilitates data transfer, sharing, and analysis and links participating countries to IRTAD resources.