Skip to Main Navigation
This page in:_
Results Briefs April 8, 2019 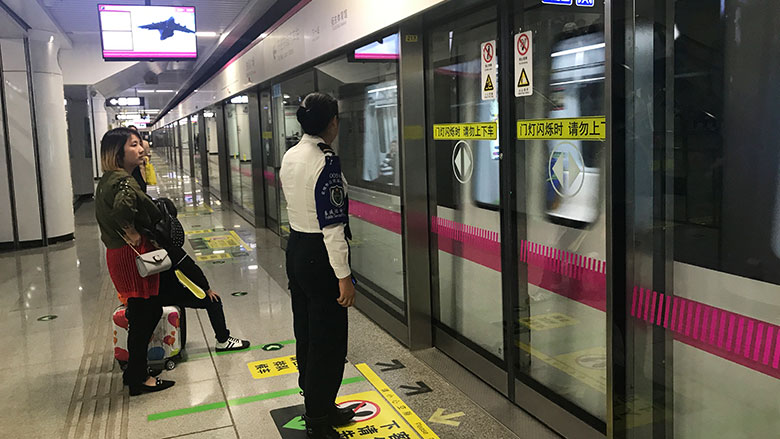 Inside a metro station of Line 3

As the first metro project financed by the World Bank in China, the Kunming Urban Rail Project supported green urban transport and compact and transit-oriented urban development by providing high-quality, integrated public transport with bus and rail operating as a single system. Metro Line 3 constructed under the project has significantly reduced travel time, provided reliable services, and achieved ridership of 160,000 passengers per weekday with a user satisfaction rate of over 90%.

With rapid urbanization and rising incomes, traffic congestion became a growing concern for China’s main cities in the 2000s. Kunming is the capital city of Yunnan, one of the poorest provinces in southwestern China. Kunming had kept expanding and growing. In 2010, the city had a population of 5.7 million, one million vehicles and 3,000 buses. Although it was one of the first cities in China to implement a network of bus-priority corridors, the city had been facing challenges related to rapidly growing motor vehicle traffic.

Urban rail has the potential to deliver significant social, economic and environmental benefits, including lower levels of congestion, air pollution and greenhouse gas (GHG) emissions, increased mobility and accessibility for the low-income population, and increased use of complementary means of non-motorized transport. Therefore, urban rail development was prioritized in urban transport development of Chinese cities in 2005-2015.  Kunming was chosen for a pilot urban rail project in China to receive support from the World Bank.

The Bank was engaged in a dialogue with the government and second- to third-tier cities on the need to focus on multimodal integration to facilitate transit and support the development of compact city growth. This project was the first in China to tackle such issues, along with the investments in the construction of high-quality urban rail infrastructure. As several features were new, including fare integration, the use of indicators to measure integration and compact city growth, and the focus on the land around the stations, the Bank was able to add value by providing technical support not only as part of preparation and supervision missions, but also by facilitating knowledge exchanges between Kunming, Zhengzhou and Nanchang urban rail projects, all of which were supported by the Bank

Though it was the first Bank-financed metro project in China, it was benchmarked against numerous projects in the region and globally. The project design benefitted from the Bank’s guidance on engineering, policy and institutional aspects, urban planning, and the development of innovative tools and methodology to forecast urban rail demand, as well as the introduction of a public consultation and community engagement approach. The capacity-building activities helped strengthen the management of urban rail investments and the quality of service, while improving knowledge on Transit Oriented Development (TOD) and land value use.

per weekday with a user satisfaction rate of over 90%. 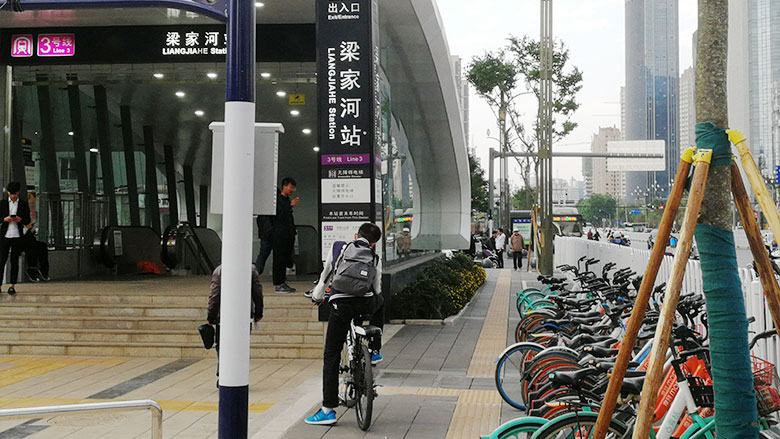 Implemented in 2011-2018, the project financed the construction of East-West Line 3 corridor in Kunming and contributed to the following results:

Non-Bank financing for the project amounted to US$1.527 billion, including US$248 million of equity contribution from the municipal government and US$1.279 billion loans from commercial banks. The Bank leveraged the partnership with World Resources Institute to provide technical support to KRTC on TOD urban design.

The project was followed by urban rail projects supported by the World Bank in Chinese cities of Nanchang and Zhengzhou which drew lessons from the project and further pursued the integration and TOD. The Bank is also working with the Ministry of Housing and Urban Rural Development of China to implement the China Sustainable Cities Integrated Approach Pilot Project funded by the Global Environment Facility (GEF) to review national laws and regulations on urban planning and land administration that are related to TOD and land value capture (LVC). The public consultation and community participation approach has been replicated in other metro projects financed by the city, with positive feedback from the residents.

“The World Bank-financed Kunming Urban Rail Project not only promoted multi-modal transport integration and sustainable urban development in Kunming, but also brought good project management practices to our company. With help from the Bank experts, our staff gained valuable knowledge in metro planning and TOD design, and will apply these concepts to future projects.”