A World Bank project in Angola used innovative technical designs and procurement approaches to ensure the most difficult to reach and poorest areas were provided with services. Six new utilities provided water service to over 800,000 new customers.

The Angola Water Sector Institutional Development Project (WSIDP) supported the creation and strengthening of six new water supply utilities that are providing household services to over 800,000 new customers. The utilities financial and operational performance has improved significantly. A new regulator and a new water resources management institution have similarly been created with project support and are carrying out their mandates.

Following the 2002 Peace Accords in Angola, political stability was re-established in the country, but infrastructure was left heavily damaged due both to the past violence and lack of proper operation and maintenance during the war. Water related institutions were inexistent. In 2008, when the project was approved, most urban centers in Angola were still served by water supply systems that were built during colonial times and only served a small fraction of the population. Services were provided by units within the Provincial Governments, which didn’t have the capacity nor incentives to improve the water services delivered to the population. On average, 34 liters per capita per day were being provided to urban residents, but this volume ranged from 80 liters per capita per day in the most privileged areas to 3 liters per capita per day in the poorest.

To address the ongoing water supply service challenges and ensure long-term financial and operational sustainability of the sector, the WSIDP was designed to support institutional reforms and capacity development while simultaneously expanding access to services to historically un/underserved populations. To adapt to the rapidly urbanizing context found in secondary cities, the project used innovative technical designs and procurement approaches to ensure the most difficult to reach and poorest areas were provided with services. In parallel, to ensure the recently created utilities had the means and technical capacity to start and maintain their operations, the project funded Technical Assistance Contracts for all supported utilities. Technical assistance was also provided to the Regulator and the water resources management institute; as of April 2019, first set of cost reflective tariffs were approved, while the basin management plan for the most important river was developed and is under implementation.

The project contributed to the following results:

1. Between 2015 and 2017, the Project created Six Provincial Water and Sanitation Utilities (PWSU). The Government replicated the strategy and created ten additional PWSUs.

2. In 2016, the Regulatory Agency for water and sanitation was created and added to the existent Electricity Regulator. The Regulator approved the first batch of tariffs for all utilities in July 2018.

3. In 2015 National Water Resources Institute (INRH) was created to undertake the water resources management in the country, as well as collecting and analyzing hydrometeorological information.

4. 107,000 household connections have been installed; and, 1,000 km of network was installed in Uige, Malanje, Ndalatando, Huambo, Kuito, Lubango and Luena. 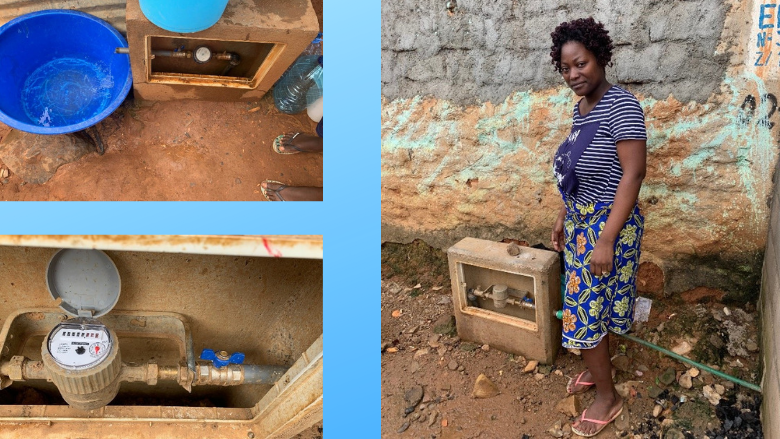 The WSIDP originally included a $57 million IDA (International Development Association) credit in support to the water sector – including both infrastructure construction and rehabilitation as well as institutional strengthening. The associated additional Financing provided an additional $120 million IDA credit to scale up the project.

A second generation of the project, WSIDP2 ($350 million), is now effective and will scale up the infrastructure activities, provide increased institutional strengthening and incorporate sanitation activities. WSIDP2 also secured funds from the Agence Française de Développement ($150 million) and the European Investment Bank ($100 million).

The project was implemented in partnership with the Ministry of Energy and Water and the National Directorate of Water. The project fully supports the Government of Angola’s vision for the sector – in terms of institutional structuring and expansion of service provision to poor households. Further, the follow-on project, WSIDP2, is co-financed by the French Development Agency (AFD) and the European Investment Bank.

Domingas lives in a peri-urban neighborhood N’dalatando, a rapidly urbanizing city in Angola. Previously she had to walk to a shallow surface well for water. These shallow surface wells are often highly contaminated, particularly in densely populated urban settlements, like the area where she lives. Thanks to the project, she now has a private household connection that provides water every day. She has been receiving and paying her bill each month – which she says she is happy to do as she is satisfied with the service that she receives.

The overall approach will be further supported under the second project (WSIDP2). This project will expand access to additional household and further strengthen sectors institutions to carry out their full mandates. Through the use of incentive-based contract, private sector entities will be responsible for operation and technical assistance to support the utilities, operational and financial performance is expected to further improve.

The overall approach to the project is being taken for all Ministry of Energy and Water (MINEA) projects.

In addition, WSIDP1 has been a platform for innovative and complementary activities; for example: