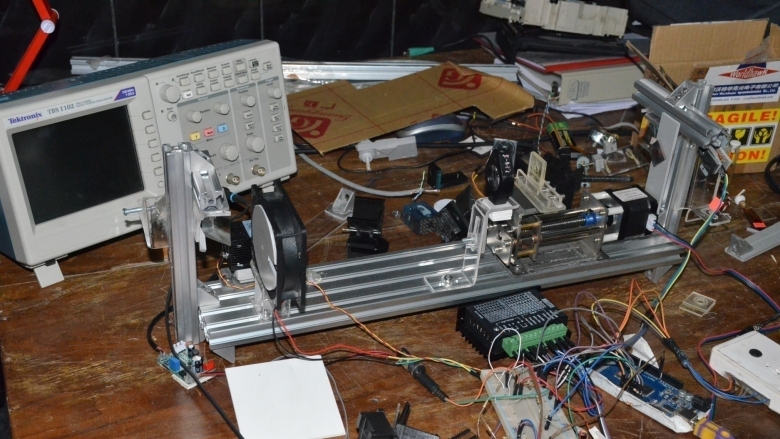 Basic prototype device construction. During the trial phase, around 10 healthy patients and 30 cancer patients were beneficiaries of the device. Credit: Department of Physics, SUST

The Higher Education Quality Enhancement Project (HEQEP) seeks to improve the quality of teaching and research in universities by supporting innovative ideas. The Academic Innovation Fund (AIF) introduced a competitive grant award under HEQEP. In one winning grant proposal, the Shahjalal University of Science and Technology (SUST) partnered with Invent Technologies Ltd. to create a new and improved technique for the early detection of cancer. Previously, a person would spend up to $120 for a cancer diagnosis that would take one week. Now, through a prototype device, the results only take a few minutes and cost about $6.

Bangladesh has nearly 1.5 million cancer patients with 2 million diagnosed each year. Over 90,000 people die every year from cancer. Lung and mouth-throat cancer are the most common in men and breast and cervical cancer are most common for women. Though cancer treatment facilities are available at specialized hospitals, they are often inadequate and too expensive. Diagnosing cancer is especially costly for people from disadvantaged groups. Early, affordable, and time effective diagnosis would drastically improve cancer treatment. With technology at the incubation stage, it would take support from health service providers in the government and non-government institutions, and by industry which would manufacture improved diagnostic devices. Other challenges include dissemination and marketing as new technology is likely to disrupt the existing multi-billion-dollar cancer treatment industry.

HEQEP helped build an ecosystem linking universities and industries to jointly conduct research. The project generously supported scaling up research capacity in universities and created suitable conditions for scientists to undertake cutting-edge research. At Shahjalal University of Science and Technology, a laboratory with state-of-the-art equipment was established which inspired a group of talented researchers to start looking at practical applications, as well as to analyze the properties of organic, inorganic and biological samples. This led to the use of this technique to identify optical biomarkers in cancerous samples. University researchers partnered with Invent Technologies Ltd. to process blood samples and other materials necessary to conduct the test.

The amount of time a new prototype device for diagnosing cancer delivers results. The cost of the device is about $6 compared to $120 for other cancer diagnosis tests which could take up to a week for results.

The Shahjalal University of Science and Technology won a $730,000 grant from the Bangladesh University Grants Commission in 2015, the implementing agency of the Higher Education Quality Enhancement Project. It achieved the following outcomes:

The device itself costs $300 and delivers blood sample test results within 30 minutes. The cost of using the device is about $6 compared to $120 for previous cancer diagnosis tests which could take up to a week for results.

Although there have been previous IDA-funded projects in primary and secondary education, it was the first time the Government of Bangladesh partnered with an external donor to fund a project in the higher education sector. Initially, the IDA amount for HEQEP was $81 million in 2009 and with $125 million additional financing in 2013 for a total of $206 million.

The Government of Bangladesh also provided $32 million and implementing agency was University Grants Commission of Bangladesh. At the implementation stage, university researchers partnered with Invent Technologies Ltd. to process blood samples and other materials necessary to conduct the test. The Academic Innovation Fund (AIF), which introduced the competitive grant award mechanism for the first time in Bangladesh under HEQEP was the largest component with an allocation of $100 million. The university-industry research collaboration was one of the windows of AIF with an $8.1 million allocation. The SUST subproject cost was $730,000.

The project has submitted patent applications to for the protection of the technology in the United States and Bangladesh. It is expected that the prototype device will be manufactured in a year. Two companies, one local and one foreign, have already shown interest in investing in the upcoming stages of the research.

Once patented, the beneficiaries of the innovative technology will be cancer patients – men, women, and children – from all over the world, especially the economically disadvantaged segment of the population who for livelihood conditions are exposed to cancer causing chemicals, toxins and pollutants in the workplace. Normally a patient is diagnosed with cancer when it reaches third or fourth stage of development, and this makes it extremely difficult to cure thus causing high mortality. Affordable cancer tests will help the disadvantaged segment of the population who would benefit the most from the innovative technology. 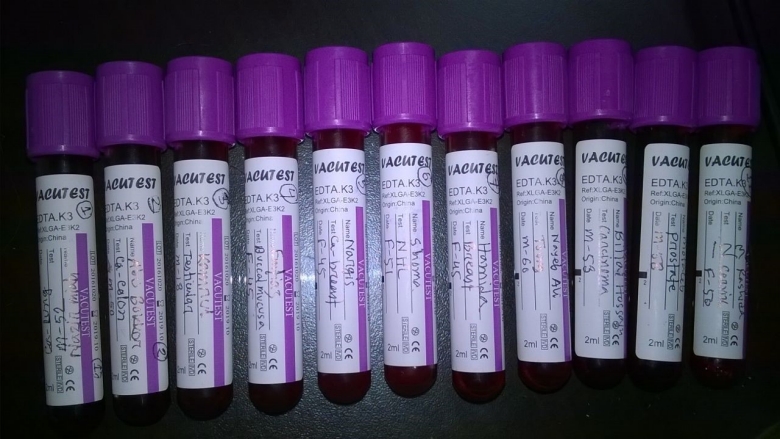