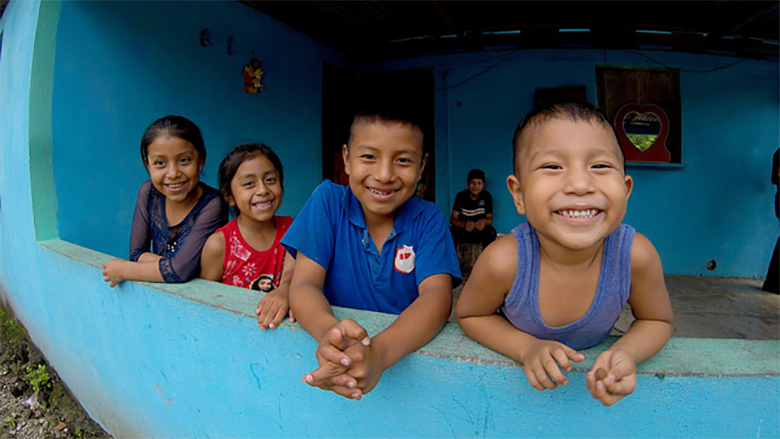 Building on a long-standing relationship with Mexico, the World Bank Group has been supporting the country in addressing its development challenges. The results of the partnership are evident across the four key areas of WBG engagement: unleashing productivity; increasing social prosperity; strengthening public finances and government efficiency; and promoting green and inclusive growth.

Mexico has one of the highest per capita incomes in Latin America. It is a member of the OECD and the G20. The country has maintained solid macroeconomic stability in times of crisis and financial sector resilience. While the Mexican economy continues to grow, structural reforms are being implemented in a challenging external environment of modest global growth, stagnant trade and heightened policy uncertainties. A net exporter of oil, Mexico’s economy has also been impacted by a sharp drop in the price of oil, falling oil production, modest global demand and international financial volatility.

Moderate economic growth in Mexico over recent years has hampered significant poverty reduction and improvements in shared prosperity. Income inequality in the country is high and stagnant, and poverty is particularly concentrated in a few states. In 2014, more than 42.4 percent of the poor were concentrated in just five of Mexico’s thirty-two states.

The World Bank Group’s (WBG) Country Partnership Strategy (CPS) for Mexico is fully aligned with the country’s current National Development Plan. Its flexible design has enabled the WBG to adjust and/or deepen areas of engagement in response to emerging government priorities. Government demand for WBG services and comparative advantage have converged on the complementarity of financing, provision of cutting edge global knowledge, and the WBG’s ability to provide development solutions to a country with complex needs. Through its results-based thematic engagement program, integrating financial, knowledge, and convening services, the WBG has delivered a tailored package of development solutions to Mexico. WBG support for the urban sector exemplifies this approach: An in-depth urbanization review financed by the Bank, followed by reimbursable advisory services (RAS) on options for low-income housing and urban planning, led to an investment operation in the housing sector which expects to help around 30,000 people gain access to formal housing. Programmatic analytical and advisory services are a feature of the WBG’s strategic knowledge program and have proven effective in providing a flexible multiannual framework that integrates several types of support under one umbrella objective. This approach has allowed the timely response to medium and short-term demand. RAS have proven to be a particularly effective tool for collaboration at the subnational level, and remain in great demand at the federal level as well.

Measures of social deprivation (as quantified by such nonmonetary measures of welfare as education, water, sanitation, electricity, and housing quality) have shown significant improvement over the last 20 years as social spending has expanded and become more progressive. Further declines in social deprivation will continue to remain central to further poverty reduction.

The following are among the results achieved between 2013 and 2016 through the customized package of financial, knowledge, and convening services in the four key areas of WBG engagement:

Across all areas of engagement, the Bank’s concerted attention to gender issues had a demonstrable impact. Between FY14 and FY16, all newly approved projects for Mexico incorporated gender considerations in at least one of the three dimensions of analysis, action, and monitoring and evaluation.

Mexico is IBRD’s third largest borrower per outstanding debt with $14.8 billion as of end-June 2017. The Bank’s active portfolio focuses support on social protection and education programs, the green and inclusive growth agendas (energy, environment, water, agriculture and transport), and financial inclusion programs. Net commitments as of end-June 2017 total $2.5 billion. In addition, the Bank manages a wide grant portfolio of approximately $274 million, supporting activities primarily in the areas of environment and energy. A strategically aligned program of Advisory Services and Analytics is an equally important WBG contribution, providing timely inputs in such critical areas as climate change, urban development, water and transport, among others.

IFC’s committed portfolio in Mexico as of end-June 2017 was $1.29B own account plus $1.04 billion in mobilization in 77 active projects. It is IFC’s 6th largest portfolio worldwide and 2nd regionally. In terms of commitments (including mobilization), the top sectors are: chemicals (27 percent), followed by ports (23 percent), telecom (9 percent), construction materials (9 percent), oil and gas (9 percent), agribusiness and forestry (7 percent), financial markets (7 percent), funds (3 percent), health and education (1 percent), and others (5 percent). MIGA currently has no exposure in Mexico.

The utilization of the full suite of WBG services and instruments of engagement with the public and private sectors, exemplifies the WBG’s relevance in upper middle-income countries like Mexico.  More broadly, the WBG remains highly relevant in paving the way for solutions that can be scaled up, in turn creating global public goods in many areas.

The WBG engagement in Mexico is selective by design, focused on areas that are aligned with the WBG’s twin goals and country demand and where the WBG has a comparative advantage in Mexico.  Harmonizing efforts with other development partners and promoting country ownership are core tenets of the WBG’s engagement in Mexico, as is the objective of leveraging funds. Exemplifying the latter, the China-Mexico Fund (CMF), a $1.2B private equity fund managed by IFC’s Asset Management Company, aims to attract commercial risk capital to support Mexico’s reform agenda by “crowding in” equity investors into the infrastructure, oil and gas, manufacturing, agribusiness, services, and banking sectors. Established in December 2014, the CMF is consistent with IFC’s role in mobilizing capital to support private sector growth in middle income countries. IFC has supported the entrance of new players to the oil and gas industries via the CMF, such as through the $200m commitment in Citla energy.

Combined IBRD-Global Environment Facility (GEF) support for Mexico’s energy sector has resulted in the reduction of approximately 9.15 MtCO2e emissions from 2012 to 2016. The World Bank has facilitated additional GEF grant financing, which has helped to enhance biodiversity protection, environmentally sustainable technologies and the reforestation of mangrove ecosystems and riparian zones. The World Bank and IFC have collaborated to provide technical assistance to the National Infrastructure Fund (FONADIN) to improve the efficiency of its Municipal Solid Waste Program (PRORESOL).

The productivity agenda is among the areas in which the Government has sought deepened WBG support. Productivity increase is a Government imperative across many sectors, including the rural economy and in relation to the social protection agenda. Other critical areas of increased demand are linked to Mexico’s economic and fiscal management, such as follow-up support to the Public Expenditure Review completed in 2016 and analytical work to support the implementation of the new Fiscal Discipline Law for Subnational Entities and related public sector management practices. At the same time, Mexico remains committed to the low-carbon urban development path it has chosen and has requested additional support in this area.

The CPS will maintain its flexibility to respond to client requests as the current administration prepares for elections in 2018. Policy Notes are being prepared to provide advice to the new in-coming administration.

Community-run forest programs in Mexico are providing livelihoods and jobs for many people, while supporting climate goals. Take the story of Maribel Xochitl, a single mother employed as a forest ranger in the mountainous village of La Trinidad, in the State of Oaxaca. “It’s a great opportunity to work,” she says. “We are not just useful for staying at home or working in the kitchen, but also for doing this kind of work…. Now I have a salary. On Sundays, I can tell my children, ‘Let’s not cook at home today. Let’s go eat out. And I have the satisfaction of saying, ‘I’ll pay.’”

From Maribel’s own work maintaining the communally-owned forest, to carpentry businesses using the forest’s sustainably-harvested lumber, to the operation of an eco-tourism lodge, half of the jobs in La Trinidad are now forest-related. All profits from the forest program are returned to its residents, who decide how best to spend them. Previous investments include paved roads, a library, and a youth recreation center.

- Transforming a Market Toward Low-Carbon Growth in Mexico