Stopping Crime and Violence in Latin America: A Look at Prevention from Cradle to Adulthood 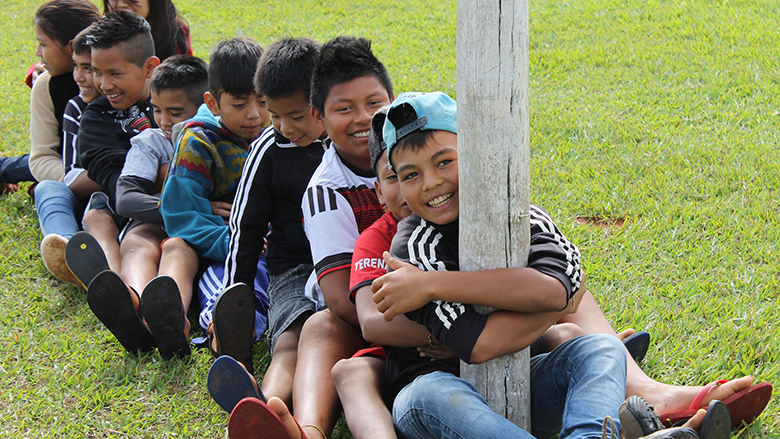 The report “Stop the Violence in Latin America: A Look at Prevention from Cradle to Adulthood” identifies novel approaches that have been used in Latin America and elsewhere to reduce antisocial behavior committed by individuals at different life stages. Effective prevention can start before birth, the report shows, and, contrary to common perceptions, well-designed policies can be successful later in life, even with offenders and at-risk individuals. The report emphasizes taking a comprehensive approach to tackling violence, and it highlights the benefits and cost effectiveness of redesigning existing policies with crime prevention in mind.

Crime and violence, particularly violent crime, are pervasive and costly in Latin America and the Caribbean, which has the undesirable distinction of being the world’s most violent region, with 23.9 homicides per 100,000 inhabitants in 2012, compared to 9.4, 4.4, 2.9, and 2.7 for Africa, North America, Europe, and Asia, respectively.

The Latin American and Caribbean countries have experienced persistent high levels of violence for several decades. Over the last 15 years, the homicide rate has hovered stubbornly around 24 per 100,000. Although the trend declined slightly in the first half of the 2000s, the deteriorating situation in Central America reversed these gains. Unsurprisingly, the number of Latin Americans citing crime as their top concern tripled during those years. The effects are pervasive throughout the region’s societies. Violence makes people withdraw, hide behind closed doors, and avoid public spaces, weakening the interpersonal and social ties that bind communities.

The region’s history of elevated homicide rates and the latest uptick in violence contrast sharply with the significant social progress made over the last decade. Between 2003 and 2011, the countries of Latin America and the Caribbean have made important strides toward broader social equity, as reflected in sizable reductions in poverty (from 45 percent to 25 percent) and income inequality and rising numbers of people in the middle class. This contrast between increasing violence and major improvements in social equity highlights the complexity of the relationship between economic development and crime and violence.

The grant-financed Knowledge Agenda on Crime and Violence in Latin America and the Caribbean encompassed a region-wide study and a series of dissemination events. The study results were published in “Stop the Violence in Latin America: A Look at Prevention from Cradle to Adulthood”, a report identifying novel policies, validated by rigorous empirical evidence, for reducing violence. The report considers a broad range of policy interventions, deployed both in the Latin America and Caribbean region and elsewhere, that have reduced antisocial behavior early in life or altered patterns of criminal offending in youth and adulthood. Further, it highlights the mechanisms underlying the success of these interventions. By combining several data sources, utilizing econometric techniques, and highlighting a number of background studies produced for the report, the study sheds light on the complex landscape of violence in the region, credibly identifying causal links between policy and reductions in or prevention of crime and violence. The report did not undertake an exhaustive review of all existing literature on crime (criminological, psychological, and economic), an overwhelming task beyond its scope. Instead, it focused on a selection of recent, innovative studies offering credible evidence of causal links between interventions pursued and outcomes achieved. Clear causality is important because better understanding of the underlying social and economic processes leads to well-designed, more effective policies. The complex nature of crime and violence, the high stakes, and the potential risks of unintended consequences from well-intentioned but faulty policies require this evidence-based approach.

“Stop the Violence in Latin America: A Look at Prevention from Cradle to Adulthood” was published in 2016, and its formal launch took place at the Woodrow Wilson International Center for Scholars on February 7, 2017. The document, available to the public from the World Bank’s Open Knowledge Repository, takes a new and comprehensive look at much of the current understanding of how to prevent crime and violence.

Overall, research suggests that potential offenders respond to incentives set by the criminal justice system (in the form of sentence lengths and certainty of sanctions). Some combinations of incentives may yield bigger reductions in crime than others, however, and some may even be counterproductive. For any given level of expected punishment, shorter, more certain sentences appear to have the largest deterrent effect.

Evidence suggests that efforts to increase police resources as a crime-prevention strategy are incomplete without detailed consideration of how the resources will be employed. Furthermore, establishing whether these policing strategies operate through deterrence or incapacitation is critical to understanding their social costs. When law enforcement agencies deter potential criminals, the social cost is relatively low. If, instead, heightened police presence simply increases arrests and subsequent incarcerations, the resources involved might be more efficiently used for crime prevention strategies.

Approaches emphasizing hot-spots and problem-oriented police-deployment strategies have shown some encouraging results, but their efficacy seems to depend on context. Evidence thus far, for example, comes largely from developed countries. It is reasonable to assume that the crime-reducing effects of police actions depend heavily on the quality of local institutions, both law enforcement and the criminal justice system, and on the degree of trust people hold toward those institutions, especially where trust in police themselves may be compromised.

The findings in “Stop the Violence in Latin America: A Look at Prevention from Cradle to Adulthood” have been presented at a variety of events, among them the World Bank’s Fragility, Conflict, and Violence Forum (February 2016); Organization of the Americas (November 2016); AL CAPONE (America Latina Crime and Violence Network); and UC Berkeley Development and Institution Seminars. They have also been used to inform the systematic country diagnostics and country partnership strategies for Honduras and El Salvador and to inform the design of new randomized control studies carried out by the impact evaluation unit housed in the Bank’s development research group.

This report benefited from a US$186,000 Bank-executed grant from the Spanish Fund for Latin America (SFLAC), a regional trust fund administered by the World Bank. SFLAC is the only region-specific trust fund program and a critical instrument of the Bank’s engagement in Latin America and the Caribbean. Established in June 2009, the program has financed activities across priority sectors and themes, identified in consultation with Spain’s Ministry of Economy and Competitiveness, including (i) infrastructure, (ii) governance and accountability, (iii) private sector development, (iv) environmental sustainability, and (v) “smart” cities.

This regional study is the product of a broader analytical effort by the World Bank’s Latin America and the Caribbean Region that focuses on crime, violence, and security. In additional to Bank staff, members of the AL CAPONE Network (America Latina Crime and Policy Network) provided insightful feedback and guidance for the report.

The study was also solicited by the Latin American Development Forum Series and underwent a blind peer-review process before being approved for publication June 2016. This series promotes debate and disseminates knowledge and analysis on economic and social development issues in Latin America and the Caribbean. Sponsored by the Inter-American Development Bank (IDB), the United Nations Economic Commission for Latin America and the Caribbean, and the World Bank, the series works to convey the excitement and complexity of the region’s most topical issues. Titles in this peer-reviewed series are selected for their relevance to the academic community and represent the highest-quality research output of each institution involved.

Other multilateral institutions, NGOs, research organizations, and member governments have expressed their interest in, and appreciation for, this study. Some specific feedback is highlighted below:

“We were very pleased to see Stop the Violence come out lately and were really impressed by what you put together. We've started incorporating your report into some of the trainings we'll be doing with USAID.” —Ben Struhl, Abdul Latif Jameel Poverty Action Lab, J-PAL North America, Policy Manager

“Congratulations for the massive effort you’ve put into pulling together this vast amount of data, analysis, and evidence-based literature. The report is full of rich analytical insights and extremely valuable summaries of impact evaluations and studies.” —R. Serrano, IDB

The study’s organizing framework adopts a lifecycle perspective and argues that, as individuals progress through the life stages from birth to old age, different risk factors arise, shift in prominence, and vary in interdependency. While long-term approaches to prevention may begin before birth, yielding successful results in adolescence and adulthood, effective policy interventions with shorter-term horizons are also available. Importantly, and contrary to popular belief that it is “impossible to fix a crooked tree,” a wide range of later-life crime-prevention interventions can be effective. Based in part on the increasingly better-understood substantial plasticity humans exhibit at older ages—including brain functioning critical to regulating risk-taking behaviors, especially during adolescence and young adulthood—these interventions create greater margin for affecting behavior to avoid crime and violence. Offenders and at-risk individuals respond to incentives, including those set by labor markets and the criminal justice system. Policy designs that carefully identify and bring to bear these incentive effects can help discourage criminal acts. Furthermore, improved understanding of brain function and physical and socioemotional development serves to expand the menu of available policy options. Behavioral, nutritional, and even mindfulness interventions, as well, all of which are known to affect the brain’s structures and chemistry, are proving effective at helping to build positive habits and self-control.