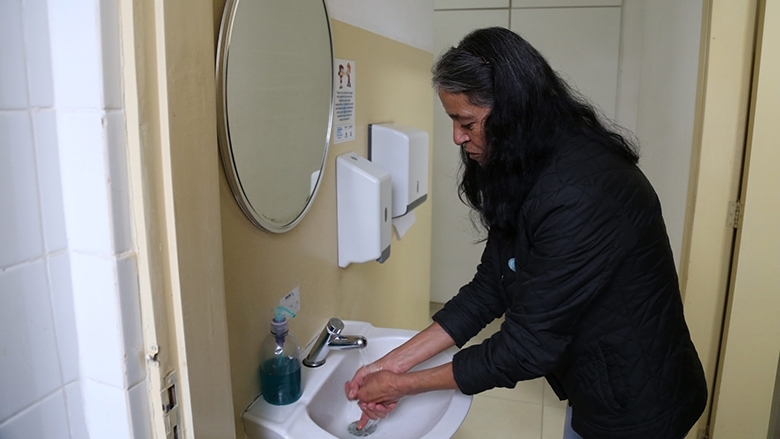 Participating water and sanitation operators in the state of São Paulo, Brazil, were paid for verified results in recovering water. Operators recovered water either by using it more efficiently, thus increasing the quantity of water, or by treating wastewater, thus reducing pollution and improving water quality. Overall, 47 million cubic meters of water per year have been recovered, equivalent to the yearly consumption of 800,000 people.

Brazil, a country rich in water resources, possesses between 12 and 14 percent of the world’s water. Its water is not evenly distributed, however: 70 percent is found in the Amazon River, and only 1.6 percent in the state of São Paulo, where one-fourth of the nation’s population resides. Brazil’s achievements over the past fifty years have been closely linked to development of its water resources and to its expansion of water and sanitation services, but many challenges have yet to be addressed, such as water scarcity, pollution control, and universal access to water and sanitation services.

With 95 percent of its 41 million people living in urban areas, the state of São Paulo is one of the world’s most urbanized areas and is emblematic of Brazil’s broader urban challenges. In spite of São Paulo’s relatively large water supply and wide sewerage coverage, the state faces significant water scarcity and water pollution problems. Half of its 22 water basins face critical shortages, particularly those within the São Paulo metropolitan area, where water demand exceeds water availability, and half of the state’s water supply is brought from neighboring basins. Water shortage problems are compounded by a continuous deterioration in the quality of the water sources, largely because currently only 60 percent of sewerage collected is treated. Other factors contributing to water scarcity include high levels of water losses and the inefficient use of water. With an increasing population and ongoing climate change, São Paulo’s water situation, if not addressed, will only worsen.

In a densely urbanized state like São Paulo, increased availability of water, through both augmented quantity and enhanced quality, is of crucial importance for sustainable growth. The São Paulo Water Recovery (REÁGUA) Project was designed to respond to the state’s water scarcity problem by increasing clean water availability in the state’s five most critical watersheds. Plans included (i) increasing the volume of recovered water by reducing real water losses and promoting the rational use of water in public schools, and (ii) enhancing water quality by improving wastewater systems. The project took an innovative approach, disbursing funds to participating water services providers (whether state or municipally owned) against agreed and independently verified results. By explicitly linking funding to the results achieved, the project shifted performance and financial risks from the government of São Paulo to selected service providers.

The project directly benefited 97,400 people living in the vicinity of the five critical watersheds in São Paulo State.

Project achievements clearly show that the results-based approach is an appropriate mechanism for supporting activities not requiring intensive capital investments, in this case, activities related to reducing and controlling real water losses and promoting rational water use. Under the project, approximately 47 million cubic meters of water per year were recovered, an amount exceeding the revised target by 50 percent. This volume is equivalent to the entire annual water supply required by a city of 800,000 people. The resulting average discount unit cost for the saved water was about US$0.12 (at a 10 percent discount rate), less than 10 percent the marginal unit cost of supply (US$1.8).

At project closing, in May 2017, key stakeholders expressed full satisfaction with the result-based approach. They also acknowledged the critical role the project played in contributing to knowledge of the new approach by developing and testing it in the context of addressing water losses, one of the most complex and difficult challenges facing the water industry worldwide.

The World Bank, through the International Bank for Reconstruction and Development, provided a loan of US$64.50 million toward the total cost of the project. By project close, about 60 percent of the loan had been disbursed, representing 80 percent of the actual project cost. A US$180,000 trust fund from the Global Partnership on Output-based Aid, administrated by the World Bank Group, supported project preparation and provided analytical tools for the design of the project’s normative and operational processes.

The project directly benefited 97,400 people living in the vicinity of the five critical watersheds in São Paulo State.

Maria Teresinha Prezoti, a 58-year-old beneficiary living in Campinas, was a key player, helping to replicate and disseminate information supporting implementation of water-saving activities and promotion of rational use or conservation of water in public schools. At project closing Prezoti said: “[By] participating in the REÁGUA Project, I have learned about the importance of water. I am teaching the students not to waste water in the school. One example is pushing the faucet just once when they wash their hands. The awareness has spread to the community too, and students’ families came to the school looking for more information about changing the faucets at their house, so they could save water at home. Our school was able to save water just with the awareness created and changes in the students’ behavior.”

Many lessons and positive prospects have emerged from São Paolo’s experience, and the results achieved there have been assessed as sustainable. State authorities praised the project and its contributions, some of which have already expanded beyond the project’s original bounds. The methodology implemented was widely acknowledged by all project stakeholders as a success, and many elements are being used in new programs, such as the expanded promotion of rational water use to all municipal schools in Campinas. It is worth mentioning that this project’s methodology and procedures—that is, its results-verification methodology—were considered a reference point for the Bank’s financing instrument Program-for-Results, which uses a country’s own institutions and processes and links funds disbursement directly to achieving specific program results.