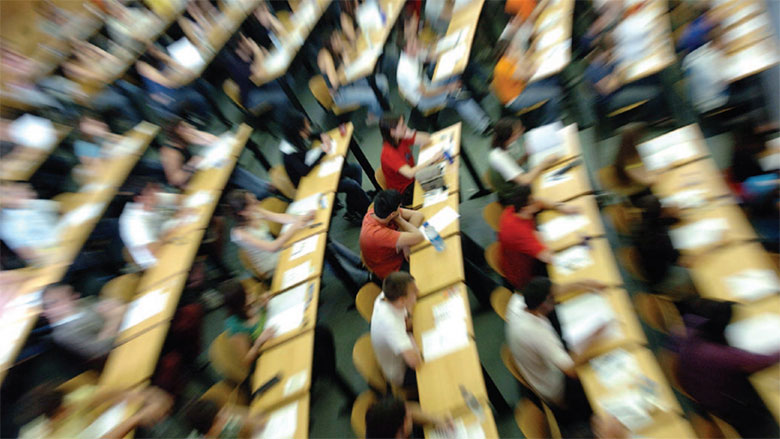 The Tertiary Finance for Results Project III, commonly referred to as MECESUP 3, awarded 179 Performance Agreements to tertiary education institutions (TEIs) to enhance the quality and relevance of tertiary education for students. The project’s achievements include an increase in the number of faculty members with PhDs, improved student retention rates, and a redesigned teacher and vocational training curricula. These achievements are expected to lead to positive outcomes for students, including a reduction in the time needed to graduate, as well as improved employment and wage prospects.

Gaps in the quality of tertiary education could be addressed by increasing the percentage of professors with PhDs, making curricula and teaching practices more rigorous and effective, and by raising academic readiness to better ensure the success of new students from the lowest income quintiles. Gaps in the relevance of tertiary education could be addressed by redesigning academic programs to replace theoretical content with the skills-based training required by employers. Despite the acknowledged challenges, many TEIs in Chile lacked sufficient resources to fund initiatives to improve quality and relevance. Furthermore, Chile’s government recognized the need to bolster planning and management capacity at higher educational institutions to ensure that future initiatives could be successfully implemented and maintained.

Two previous MECESUP projects established competitive funds, allocated based on merit and results, to finance improvements at TEIs. The experience gained from those projects guided the design of MECESUP 3, which expanded the performance agreement financing approach. Performance agreements were recognized as beneficial to the government in that they fostered stronger TEIs while reserving the government’s right to choose investments that reflected its goals for tertiary education. The agreements were also beneficial to the TEIs since they could be designed to address shortcomings unique to their institutions.

The following are the related improvements in the quality and relevance of education at TEIs that implemented performance agreements:

Students experienced positive outcomes as a result of the improvements that flowed from the performance agreements. For example, students completing study programs with redesigned curricula graduated more quickly and with more relevant skill sets., which allowed them to start work and earn sooner.  Following is a sampling of performance agreement data that points to this outcome:

[1] “Reviews of National Policies for Education: Tertiary Education in Chile”, OECD and The World Bank, 2009.

beneficiaries were reached by the project by closing, 51% of whom were female.

The World Bank, through the International Bank for Reconstruction and Development, provided a US$40 million loan toward the US$160 million project cost. The Government’s Institutional Development Fund financed the remaining US$120 million.

Most of the Bank’s lending (US$38 million) helped to finance the awarding of performance agreements to TEIs, which were used to implement initiatives to increase the quality and relevance of tertiary education. The other US$2 million provided by the Bank supported the provision of policy support and the execution of studies to improve the design of tertiary education reforms.

The Government of Chile has been a valuable partner in the tertiary education sector since 1997, contributing technical assistance, policy analysis, and co-financing. Together, the Bank and the government have designed, appraised, implemented, and co-financed three projects under the MECESUP program umbrella: MECESUP 1 (1998-2005), MECESUP 2 (2005-2010), and MECESUP 3 (2012-2016).

MECESUP 3 performance agreements funded plans designed by TEIs to remedy problems within their institutions. The resulting improvements in quality and relevance overcame acknowledged weaknesses, allowing the TEIs to work to sustain and build upon their successes. TEIs are more likely to succeed because of the strengthened institutional capacity gained through implementing performance agreements under MECESUP 3.

The Bank recently approved a follow-up project to sustain its support to the Chile’s higher education system: The Strengthening of State Universities in Chile Project (P163437). The objectives of the project are to improve quality and equity within Chile’s state universities (SUs) and to strengthen their institutional capacity to address regional and national development challenges. Actions supported by the proposed project are expected to: (a) reduce drop-out rates, especially for socio-economically disadvantaged students; (b) improve qualifications of SU institutional staff; and (c) increase the quality of SU produced research. Direct beneficiaries will include an estimated current and future population of 382,000 students and 17,000 faculty at state universities nationwide. Indirect beneficiaries will include regional governments, local stakeholders from the productive sector, and other national and international universities.

The project’s main beneficiaries include the following stakeholders at the TEIs that received performance agreements: 1) current and future students enrolled at TEIs who benefit from more coherent curricula delivered by better-qualified instructors, shorter degree programs, and expanded remedial support targeting less-advantaged students; 2) lecturers who pursued advanced study to improve their credentials and teaching methods; 3) administrators who received training to improve their management skills; and 4) employers who profit from more highly qualified job candidates better aligned with  labor market demands. The project reached a total of 279,883 beneficiaries by closing, 51% of whom were female.