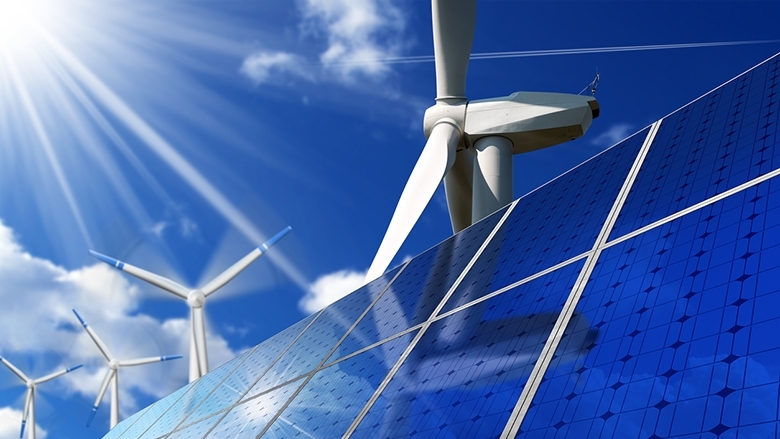 The World Bank and the IFC coordinated a joint approach bringing together expertise to help design and structure renewable energy bidding rounds, leverage global private sector investors and de-risk investments through an IBRD guarantee in support of the government Renewable Energy Fund in the amount of US$480 million. In two renewable-energy auctions in 2016 which aimed to attract 1,000 megawatts worth of new renewable energy projects, they ended up with bids for more than six times that amount a signal of confidence from local and international investors.

The IFC and the World Bank worked together to help build a bridge between the government and the private sector—a bridge that led to new investment in a critical sector.  The IFC developed documentation to help set up the auction to ensure projects were bankable and met international standards.  The IFC also identified two bidders who were granted a project each, and in December 2017 provided a long-term credit to one of them. To reassure private investors, IBRD structured a $480 million guarantee in support of the government’s Renewable Energy Fund (FODER) that reduces financial risks for investors and helps create a new market for private investment in renewable energy in Argentina.  Together these tools are helping Argentina meet its renewable-energy goals while leveraging private capital and avoiding public debt.

The IBRD guarantee, along with IFC financing, represents a transformative opportunity to link Argentina´s renewable energy potential to private investments, promote competitive electricity prices and create innovative financial schemes that could be replicated and scaled-up to other regions and sectors. It creates a new market by leveraging private investment, which is particularly important for Argentina at a time when international investors are interested in returning to the country.

The IBRD guarantee backstops the Argentina Renewable Energy Fund’s obligation to pay a pre-determined price to eligible renewable energy investors when they have the right to sell the project to FODER if specific macroeconomic, sector or other government-related risks materialize. The size of the IBRD guarantee is US$480 million.

The World Bank (IBRD) and IFC worked together closely on this project to attract private investment and maximize the financing available through the combination of an IBRD guarantee and IFC financing and technical assistance. The World Bank Group (WBG) supported the government of Argentina to design the RenovAr program, based on estimated needs and financing available, and to develop standardized legal documents for RenovAr auctions. The IBRD and IFC teams provided advice to the government based on international experience, with a focus on ensuring a fair and balanced project risk allocation between the private and public sector.

The IBRD is currently preparing a second guarantee of up to US$250 million under Round 2 of the RenovAr program.  This additional guarantee not only builds on the success of the first guarantee, but it also responds to the government´s increased focus on leveraging public finance to attract more private investment through Public Private Partnerships.

Private developers, equity providers, and lenders repeatedly stated that the World Bank’s involvement was important for them to consider entering the Argentine market. The Project is facilitating the reentry of Argentina into international finance markets, thus helping to rebuild its track record with industrial and financial investors.

“For every 1,000 megawatts in renewable energy, the country saves US$300 million annually in liquid fuel,” said Sebastian Kind, Argentina’s undersecretary for renewable energy. “It reduces carbon emissions by two million tons.” That’s roughly equivalent to taking one million cars off the road, he added.