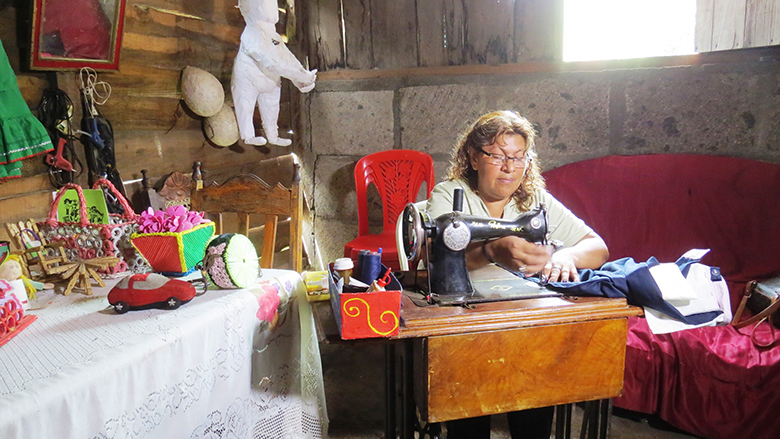 The Ministry of Family, Children, and Youth of Nicaragua (MIFAN) implemented a community-based social welfare model that increased school enrollment for families with children who traditionally remained outside of the education system. The model boosted school enrollment to 90 percent, helped promote 91 percent of the children to the next school level, and improved school retention rates of pre-school and primary students in 26 targeted municipalities from 85 percent to 90 percent.

Despite making progress towards achieving several Millennium Development Goals between 2001-2010, particularly in health and education, around 300,000 Nicaraguan families still lived in extreme poverty in December of 2010, and 100,000 of these families had at least one child working and/or not going to school. These families also faced huge gaps in the use of social services.  At the same time, MIFAN was developing a new model to improve its delivery of social welfare services. Specifically, the Ministry was responsible for administering the Child at Risk (CAR) program, its flagship program designed to reduce poverty, improve human development and coordinate different social sectors at the national and local level. The objective of the CAR program, which reached around 11,000 at-risk children, was to get them back into school by improving the practices and socio-economic conditions of the families through the provision of training in parenting skills and by integrating them into existing services through a strong referral system.

The Nicaragua Social Protection project aimed to foster behavioral changes in extremely poor families and to achieve rapid improvements in their basic welfare and social well-being in 26 of the poorest municipalities.[1] It provided technical assistance to MIFAN for improving its organization, structure, and operational capacity in implementing the new model, and in enhancing the CAR program. The new model provided an array of services to increase the use of social programs, family counseling, community educational workshops, family grants, and school feeding programs. It also culturally adapted the educational workshop materials for indigenous populations. Family members had to participate in educational workshops as a condition of the Conditional Cash Transfer program.  Through these workshops families received training in new patterns of parenting and family relationships and in preventing risky behaviors. There was also support for the use of public services with referrals and counter-referrals in a coordinated multi-sectoral approach.

A total of 17,992 families benefitted from these services and graduated from the program in the 26 targeted municipalities. Between 2012 and 2017 the following results were achieved:

In addition, participation in the new model reduced by 6.6 percentage points the presence of child labor among 6-to-14-year-old boys and girls; and overall and child poverty rates declined four percentage points in the regions where the project was active.

The World Bank’s International Development Association (IDA) provided a credit of US$19.5 million to support the implementation of the Social Protection Project. Funds were also leveraged from the Rapid Social Response Multi-Donor Fund to finance US$2.75 million for program preparation and for implementing the initial project.

There is a strong partnership among key development partners in Nicaragua’s social protection sector. During the project implementation, the technical meetings between the MIFAN and important partner institutions (e.g. IDA, the Inter-American Development Bank, UNICEF, Japan International Cooperation Agency, and Canada) facilitated the harmonization of efforts on the ground and improved the transparency and accountability in national systems.

MIFAN has institutionalized all the components of the project, including expanding the model to the Caribbean Coast, requiring the use of the Management Information System and Unique Registry of Beneficiaries in all of MIFAN’s programs; and by incorporating family educational workshops and counseling service delivery. Due to public budgetary restrictions, family grants cannot continue. Instead, MIFAN is graduating targeted families to other inclusive productive programs. The Bank’s current dialogue comprises two activities: (i) Gender Trust Fund: Tackling Teenage Pregnancy by Enhancing Youth Socioeconomic Opportunities, to be implemented in FY18 and FY19 for USD$120,000; and a (ii) Central America Employability and Jobs study on developing jobs strategies, for USD$250,000. 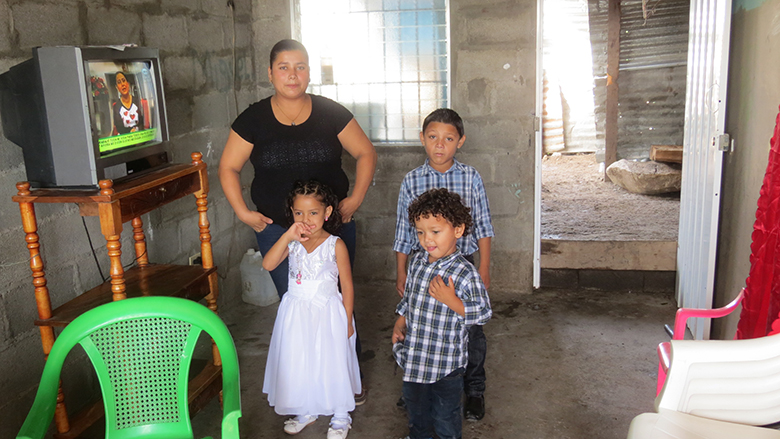 Rosa Herrera, head of family who used to be a street peddler, became an entrepreneur after participating in the community educational workshops. Photo Credit: Cynthia Flores Mora, World Bank
Rosa Herrera, 27, lives in Jinotega with her three children: “Before participating in the community educational workshops, I used to sell food in the streets with my children who didn’t go to school. I was an aggressive mother, and didn’t have a decent home. Today, I own a store and even know how to use the computer to manage my finances. I send my kids to school and respect them.” 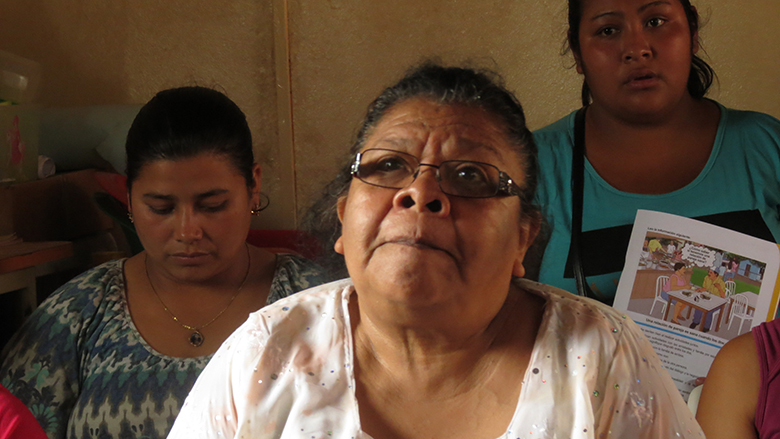 Teresa Vargas, counselor at the community educational workshops in Jinotega, Nicaragua. Photo Credit: Cynthia Flores Mora, World Bank
Teresa Vargas, a 58-year-old mother of six, benefited from the project and now volunteers teaching community educational workshops: “If your attitude, your thoughts, your mentality has been defeatist, negative, pessimistic, you have to change them to obtain a better future. I advise families to turn each difficulty into a strength and, then they will be amazed at what they can accomplish in their lives.”

1. Welfare and social well-being was defined as a set of 25 conditions covering the areas of basic protection and identification, health and nutrition, education and family, and community relations