Skip to Main Navigation
This page in:_
Results Briefs January 10, 2018 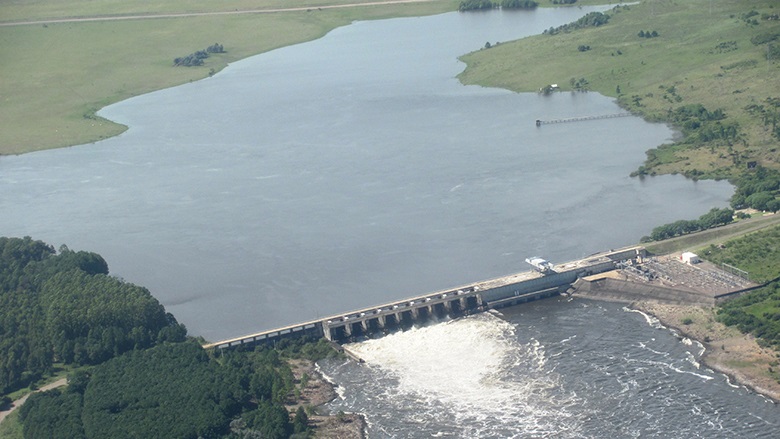 Climate insurance for US$450 million protects the Uruguayan electric power company, Administración Nacional de Usinas y Transmisiones Eléctricas (UTE), against exposure to droughts and high oil prices. More than 80% of the country’s electric power is hydraulic, so when water levels drop, the company is forced to generate electricity using thermal methods, which consume fossil fuels. Although the insurance was not ultimately triggered, the transaction insulated the Uruguayan Government and finally the consumers, the most vulnerable in particular, against the impact of adverse rainfall and oil price volatility

Uruguay is vulnerable to climate and fluctuation of commodity prices, in particular oil price volatility. More than 80% of the country’s electric power is hydraulic, so when the lack of rainfall lowers the volume of water in reservoirs, the Uruguayan state-owned hydro-electric power company (UTE) must turn to thermal generation, which has a higher cost and requires oil purchases. Additionally, when the price of oil is high, these generation costs increase and create a financial burden for consumers, as well as the national budget since the state provides financial support for UTE. In 2012, the costs of supplying demand for electricity reached a record of US$1.4 billion, far exceeding UTE’s original projections of US$953 million. In December 2013, looking for practical solutions to these complex financial problems, the World Bank announced the execution of a US$450 million weather and oil price insurance transaction for the Uruguayan hydro-electric power company, which insured UTE for the following 18 months against drought and high oil prices.

IBRD initiated a dialogue with the Government of Uruguay and UTE in 2009, three years before the crisis, aimed at anticipating and finding specific solutions to reduce the country’s vulnerability to volatile energy production costs. This was part of a long-term strategy to diversify Uruguay’s energy matrix from predominantly hydro production into alternative energy sources such as wind and biomass. While this diversification strategy was being implemented, the weather derivative transaction provided a short-term financial hedge against droughts and oil prices.

It is challenging to measure the full scope of beneficiaries, as indirect benefits aren’t always clearly reflected. Benefits often only become clear when the insurance is triggered. Low rainfall and high oil prices in 2008-9 cost the Uruguayan Government over USD450 million (or more than 1% of Uruguay’s GDP at that time). It is estimated that a drought as severe as the one Uruguay suffered in the 1950’s would cost over USD1 billion. The insurance provided Uruguay the assurance that it would not be exposed to such costly fiscal liabilities, allowing space for proper and responsible fiscal management. In addition to providing cost certainty to the state-owned electric utility and budget stability, the insurance also protected electricity consumers (especially the most vulnerable ones) from sudden price rises as the fiscal impact would be buffered. This was the largest transaction in the weather risk management market and the first time that a public utility company has used this type of risk management tool. It is important to note that this contract is part of a broader legislative framework approved by the government of Uruguay to reduce UTE’s vulnerabilities, including stabilization funds and contingent financing with private banks.

World Bank involvement in this transaction was driven by its commitment to reducing vulnerability to contingent liabilities such as natural disasters, commodity price shocks and other risks. Intermediation by the World Bank has a number of advantages which have helped UTE lower the costs of coverage. These include the ability to:

The World Bank (Treasury) acted as an intermediary, which means that on one side of the transaction we partnered with UTE, and on the other side with the competitively selected market participants who took the risk (the hedge fund Nephila, the insurance company Allianz, and the re-insurance company Swiss Re). Both sides of the transaction had contracts which operated on a back-to-back basis, with financial terms that mirrored each other.

This transaction is replicable in other countries with similar challenges. The World Bank can execute such transactions across sectors — whether they relate to energy, agriculture or other kinds of disaster risk management— for sovereigns, sub-nationals or State-owned Enterprises in both IBRD and IDA countries.
The Uruguayan Government perceived the weather derivative as a tool which could be used to help strengthen the resilience of the energy sector in the short to medium-term, while it embarked on a long-term plan to diversify its production base by investing in wind and natural gas. Notwithstanding Uruguay`s progress in diversifying its energy matrix, a significant hike in oil prices could still force the government to divert financial resources from priority areas to respond to immediate needs.
With this operation, IBRD executed its first sovereign oil hedging transaction in 2016, and Uruguay became the first sovereign to execute a commodity hedge with the World Bank.