The introduction of integrated urban water management concepts, policies, and tools has helped to improve the quality of life for approximately three million people, many of whom are poor and vulnerable, residing in key urban river basins in the São Paulo Metropolitan Region. These tools have, in turn, helped to address competition for scarce water resources and pollution of water bodies.

Since the beginning of the twenty-first century, as in most metropolitan urban areas in Brazil, the São Paulo Metropolitan Region has faced growing water demand-supply gaps, affecting the city’s economic growth and social and environmental sustainability. The São Paulo State’s main priority was to protect its headwaters, the source of half of the city’s potable water. Improving the institutional environment and capacity were crucial for adequate metropolitan water management and coordination, including the key challenges of water resources management, water pollution control, land-use policy, and basic service provision. Investments in sanitation improvement were also needed to diminish the pollution load and to protect water resources. In 2014–2015, the region faced unprecedented drought, prompting the São Paulo State to undertake measures to increase short-term water supply availability and to improve medium and long-term water security.

benefited from the water and sanitation interventions, as well as from the creation of linear parks

The program accomplished its main goals of ensuring water supply and quality for the São Paulo municipal area, improving sanitation services and strengthening the capacity of municipal and other responsible authorities to plan, manage, and monitor water quality, supply, and pollution loads.

The program mitigated the impacts of the 2014–2015 drought crisis through supply-side and demand-side interventions including:

The World Bank, through the International Bank for Reconstruction and Development, provided loans totaling US$120.82 million toward the total cost of the Integrated Water Management in Metropolitan São Paulo Adaptable Program Lending project. The Bank also mobilized a grant from the government of Japan in the total amount of US$1.0 million to finance a technical assistance activity to formulate the analytical underpinnings of the program. In addition, the Bank mobilized funding from the Water Partnership Program to support the planning and delivery of an international seminar on Integrated Urban Water Management.

The program was a joint effort by the Secretary for Water Resources and Sanitation, the Secretary of Environment, and the state-level water and sanitation utility. Other partners involved were from the São Bernardo do Campo municipality and the Municipal Housing and Environment Secretary.

The program directly benefited more than three million people with water and sanitation interventions, as well as through the creation of linear parks. Prompted by the severe drought faced by the São Paulo State, the Bank restructured the program to respond to the water supply crisis. Talking about the impacts of the program, Mr. Jerson Kelman, President of SABESP, said “the Bank acted as a great partner. Its promptness to support us by reallocating funds from sanitation to emergency water supply works was essential to ensure water to a great number of the São Paulo Metropolitan Region population (1.5 million people).”

In the case of the State of São Paulo, the program focused on developing plans and technical tools to support implementation and improvement of water resource policies in the São Paulo Metropolitan Region consistent with the priorities of the implementing agencies. All project activities were part of the core activities undertaken by the State Secretariat of Water Resources. In the case of the State Water Utility, all investments supported under the program are integral to its water and sanitation infrastructure, serving about 20 million people in the São Paulo Metropolitan Region. Nonetheless, complex urban water supply and pollution challenges remain to be tackled and could require additional financing and technical assistance along with intergovernmental coordination. 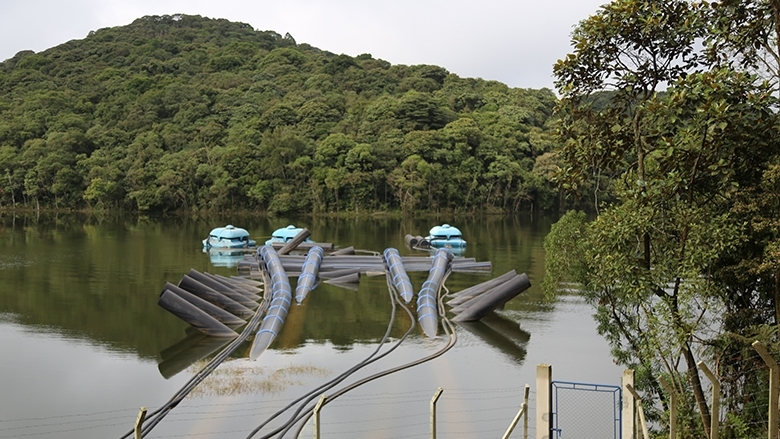