Laying the Foundations for a More Inclusive Society in Chile 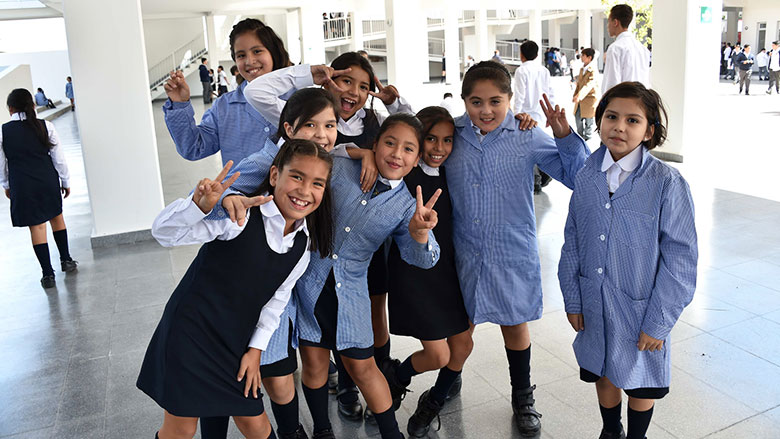 The Chilean education system faced the challenge of unequal access to quality education, which permeated the entire educational system from primary through tertiary education. At the primary level, since admission decisions were made at the school level, students of lower socioeconomic status were occasionally denied admission to better-quality schools. In addition, high copayments and/or private school fees frequently meant these students were unable to afford the better-quality schools. Similarly, poor students were often unable to afford tertiary education. As Chile made substantial progress in monetary poverty reduction, measuring vulnerability to multidimensional deprivations became equally important. Likewise, in its efforts to make public resources available for the people who needed them the most, the government sought to improve resource targeting and to reduce inefficiencies by replacing its predominantly self-report-based data-gathering system with a new targeting system that relied on administrative data.

Working with the government of Chile, the World Bank designed the Social Inclusion for Shared Prosperity Development Policy Financing operation to support government efforts to promote equal opportunities in education, strengthen institutions for poverty measurement, and  enhance targeting mechanisms social programs. The operation effectively supported the government in kick-starting the education reform process and in getting traction during implementation. Gradual roll-out of the reforms allowed the government to assess the results of the pilots and to incorporate lessons learned before scaling up. The Bank provided technical assistance on poverty measurement and on the design and implementation of an integrated social information system, and it produced a study proposing different institutional arrangements for poverty measurement and a diagnostic of the Social Information Integrated System that served as a basis for the Household Social Registry (HSR).

The operation effectively supported the Chilean government in kick-starting its education reform process and getting traction during implementation. Several key results were achieved, including:

The new HSR contains information on approximately 12.7 million individuals, accounting for 72 percent of the Chilean population, relative to 46 percent covered by the old system

The World Bank, through the International Bank for Reconstruction and Development, provided a loan in the amount of US$ 100 million to finance the Social Inclusion for Shared Prosperity Development Financing operation.

The success of this operation was achieved through close coordination between the Ministry of Education, the Ministry of Social Development, and the Budget Office (Dirección de Presupuestos) of the Ministry of Finance. The latter, the Bank’s main counterpart in Chile, helped coordinate the efforts and relevance of the policies and actions taken to achieve the operation. The Ministry of Education’s efforts, particularly the Direction of Higher Education and the PACE program (Programa de Acompañamiento y Acceso Efectivo a la Educación Superior) were crucial to understanding the thrust of the educational reforms and their effects on inclusion. Finally, the Ministry of Social Development’s role was essential to understanding the changes in the new monetary poverty measurement methodology, the components of the multidimensional poverty measure, and the characteristics of the new social-information-based system to target social programs.

Chileans are the ultimate beneficiaries of this operation through enhanced opportunities in education at all levels, strengthened institutions for poverty measurement, and enhanced targeting mechanisms for social programs. In addition, the new Household Social Registry covers 72 percent of the Chilean population, up from only 46 percent under the old system.

This operation is part of the Bank’s continuous engagement in Chile in the areas of education, poverty, and social inclusion. This engagement coincides with the government’s ongoing commitment to improve equity. Challenges remain in ensuring equitable access to quality education in Chile. This is a long-term process, and outcomes of the initial investments can be observed only several years after the reforms. The long-term sustainability of the reforms supported by this operation will depend on the success of the 2014 fiscal reform and on the additional fiscal pressures that may result from Chile’s advanced demographic transition. 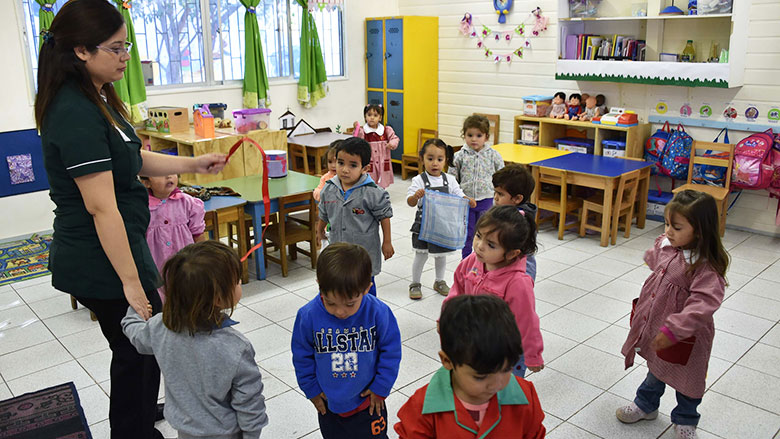