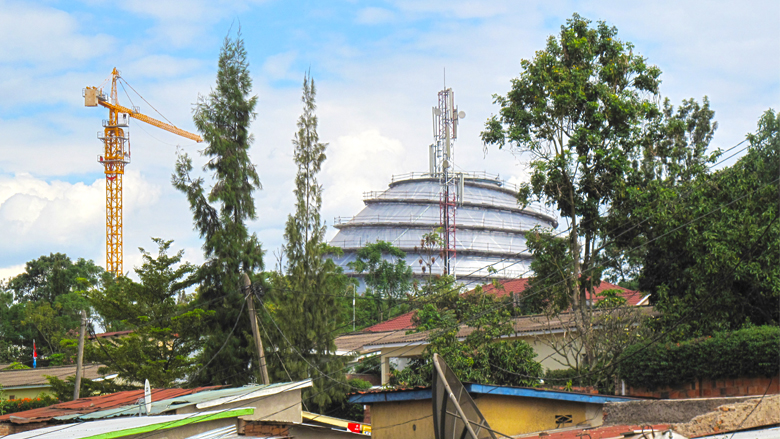 WASHINGTON, July 6, 2017 – Rwanda is shaping up as one of East Africa’s premier business tourism destinations, following efforts by the government and its partners to help strengthen and grow the private sector in the meetings, incentives, conferences, and events (MICE) market.

The Trade & Competitiveness Global Practice, a joint practice of the World Bank and International Finance Corporation (IFC), launched in 2012 the Governance for Competitiveness Project (G4C), which helped establish the Rwanda Convention Bureau in 2014. Together, the World Bank Group, which provided US$1.2 million in technical assistance to Rwanda’s Tourism and Conservation Department, and the Rwandan government began using the newly created bureau to promote the country among regional and international clients as a preferred location for business events.

Since the project began, there has been substantial growth in this dynamic segment of tourism. In 2016, Rwanda hosted over 40 international conferences, with the Convention Bureau directly engaged in organizing several high-profile events: the World Economic Forum (WEF), The Global African Investment Summit, the African Union Summit (AU) and the Africa Hotel Investment Forum (AHIF). The Bureau also worked on events for AFREXIMBANK and The World Academy of Sciences and Coca Cola’s Annual continental corporate meeting.

The increase in meetings, conventions and events following the establishment of the Convention Bureau led to revenues exceeding US$37 million in 2015 and US$47 million 2016. In 2017, revenues from all business tourism in the country are projected to reach US$64 million.

“The G4C work with the Convention Bureau on MICE development has had a huge impact,” said Jean-Louis Uwitonze, Director General of Rwanda’s Single Implementation Unit in the Ministry of Trade and Industry. “And the Rwanda Development Board is going to continue the work with its own resources after the project closes in order to ensure the sustainability of the reforms.”

The Convention Bureau is now the central coordination body for MICE in Kigali. It links the demand for business tourism services with the supply and promotes Rwanda as a viable national, regional and international meetings destination. In this way, it contributes to the government’s medium-term Economic Development and Poverty Reduction Strategy (EDPRS) and the 2011 National Export Strategy.

“The Convention Bureau created a link between the government and the private sector and reoriented the MICE space towards businesses,” said Primate Safari tour operator General Manager Chris Munyao.

According to Trademark East Africa country director Patience Mutesi, “These projects are central to opening up the Rwandan economy in order to attain the targets set for transformation of the economy.”

However, she added that, “the challenge now is to ensure that there is sufficient demand for the structures in order to make the investments sustainable.”

Rwanda is among the first countries in East Africa to establish a Convention Bureau and it has quickly began shaping the market. As a result, it has risen to third position in the International Congress and Convention Association (ICCA) 2016  business tourism rankings for the continent, after South Africa and Morocco. Of the 39 countries ranked, Rwanda placed 7th in Africa in 2015.  Kigali placed 5th among the continent’s top cities for meetings, conventions and events.

Before the Convention Bureau launched, the government would book all conferences directly, according to Munyao. The bureau identifies business, brings organizers into the country, and gets private sector firms to bid at the proposal stage.

To pursue its strategy of growing the business tourism sector, Rwanda also invested in a new convention center in Kigali near major hotel chains, which collectively offer numerous meeting spaces. By the end of 2016, Kigali had 3,400 upper- and middle-range hotel rooms available to accommodate delegates.

“In Africa, few countries aside from Rwanda and South Africa use a convention bureau to link businesses directly to private sector bidders,” said the World Bank Group’s project team leader and senior private sector specialist Adja Mansora Dahourou. “The Convention Bureau has also created a research desk to create a database and estimate the length of delegate stay, amount spent, and pre- and post-initiative impact on the entire value chain, which will help target its future efforts better,” she said.

The Rwanda Association for Professional Conference Organizers (RAPCO), which is developing an accreditation system for professional conference organizers, is another beneficiary of the project. The association will enhance the private sector’s ability to bid at the proposal stage of incoming MICE events, and gradually fully take over that role from the Government. 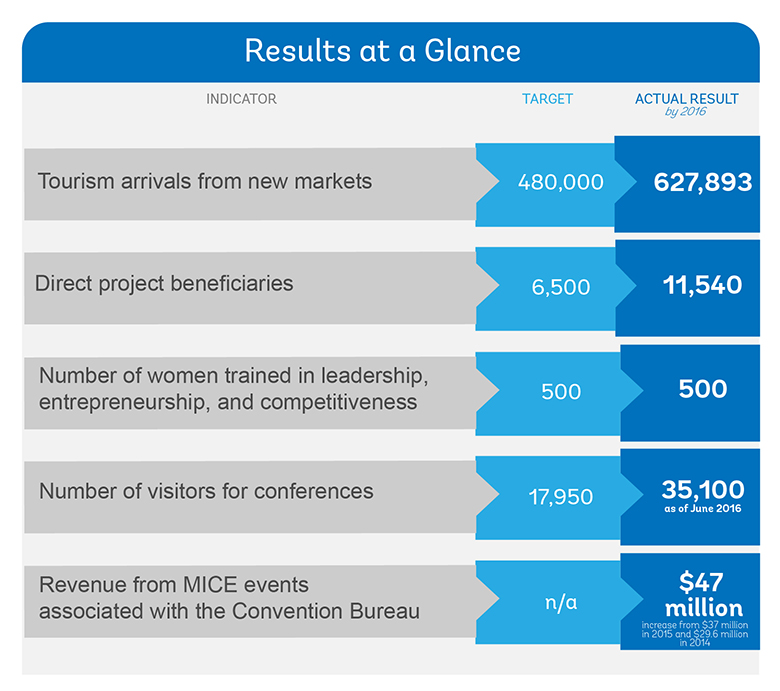