Burkina Faso: Agriculture as a Powerful Instrument for Poverty Reduction

The project’s impact includes a rise in beneficiaries’ incomes and an increase in agricultural exports. The project reached out to about 385,000 direct beneficiaries, of whom 30 percent were women. About 66 percent of the beneficiaries have increased their income by at least 50 percent. Agricultural exports on international markets have reached 275,000 tons (against an end target of 106,500 tons), and on regional markets 206,000 tons (against a target of 96,000 tons).

Burkina Faso’s agriculture-based economy is still dominated by subsistence production and characterized by low crop and livestock productivity, low but increasing diversification, and the limited participation of formal private businesses in the development of agro-pastoral value-chains. Cotton exports are still dominant and represent about 60 percent of total agricultural exports, and there is a need to diversify agricultural production and exports from cotton. Therefore, interventions aiming at spurring increases in non-cotton agricultural exports—and particularly at increasing the competiveness of selected sub-sectors that target national, sub-regional, and international markets—are critical to reduce Burkina’s dependency on only a few commodities, and take advantage of new high-growth and higher value-added opportunities.

Burkina has a potential comparative advantage in several non-traditional cash crops, such as fruit (especially mangoes) and vegetables (such as onions, tomatoes, potatoes and beans), both for West Africa’s coastal countries and for European countries, where demand is high, particularly demand for organic products. To take advantage of these potential sources of growth, Burkina needs to address a series of constraints in order to be able to reach a position from which it can increase the competiveness of its supply chains and gain better access to these markets.

The Agriculture Diversification and Market Development Project (PAFASP) is designed to promote businesses in rural Burkina Faso, where access to credit from commercial banks and microfinance institutions is limited; it is also designed to contribute to raising agricultural competitiveness in sectors other than cotton, something that is critical to achieving the country’s aim of diversifying its economy while continuing to draw on its natural resource base.

Through the provision of matching grants, this project tries to provide incentives for small and medium enterprises to embark on investment. It also supports the development of commercial infrastructure facilities with private-based management, since access to such facilities is critically important, particularly for small producers so that they can adhere to the same standards of quality as foreign competitors.

In order to secure the quality and quantity of raw materials required for profitable agro-industrial development, the project supports effective, small-scale irrigation schemes that have been developed by the country over the past two decades and which are today considered best practice in the sub-region.

Through both initial and additional financing, the project (2006–2017) has benefitted more than 385,000 people, of whom 30 percent are women, and has significantly contributed to the development of four, targeted value-chains (meat/livestock, poultry, onion, and mango) whose professional organizations are now well-structured and fully operational. The key impacts of the project include a rise in rural incomes for the project’s beneficiaries and a significant increase in agricultural exports.

The outputs of this project that have directly contributed to the enhanced competitiveness of these four value-chains include:

The Bank’s total contribution to this project is US$116 million. As of June 5, 2017, the World Bank Group’s (WBG’s) active portfolio comprised 33 projects amounting to almost US$1,600 million, of which 20 are IDA-financed projects (US$1,374 million), six Trust Fund projects (US$76 million), and seven regional projects (US$149 million). The projects cover sectors such as agriculture, energy, transport, education, public sector modernization, water and sanitation, social safety nets, health, economic governance, citizen engagement, and trade and competitiveness. The WBG is also intervening to support capacity building in the country through some economic work in key sectors like agriculture, energy, governance, trade and competitiveness, and macro and fiscal management. 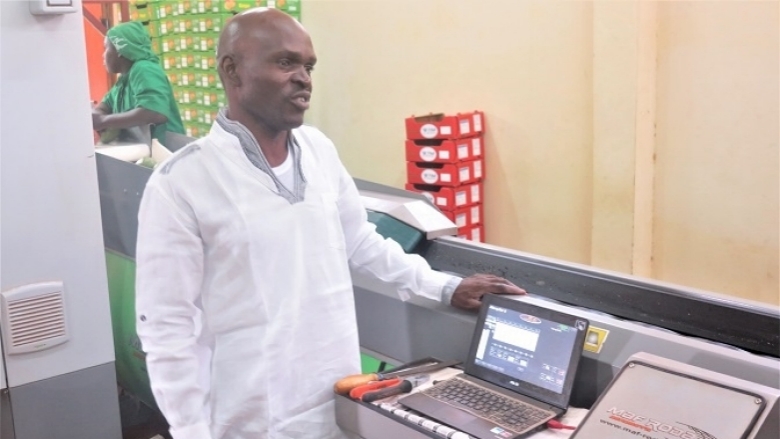 The WBG has maintained a close partnership with other donors, especially with the European Union, the African Development Bank, the Food and Agriculture Organization, and bilateral donors such as the French Development Agency, German Cooperation, United States International Development Agency, the Swiss Development Cooperation, all of which are active in the agricultural sector. These partnerships have worked especially well to assist the sustained effort made by the Burkinabe government on food security and diversifying agricultural production. The main reason for the success of the WBG’s support has been its close cooperation with the Burkinabe government, which views its partnership with the Bank and the project’s approach as playing an important role in transforming the agricultural sector through the promotion of agro-sylvo(forestry)-pastoral value chains.

The World Bank will continue its support to Burkina Faso to encourage strategic reforms in order to help it attract private investment in the production of higher-value products through agro-processing, which could create more paid jobs. This is the main objective of the ongoing Bank-funded study on agro-processing opportunities in Burkina Faso: to identify value-chains with great potential for agro-industrial transformation in order to be able to lend direction to interventions in this sector.

Yaya Kone, a native of Bobo-Dioulasso, one of the most productive mango basins in Burkina, has been in the mango business for about 40 years: “At the start, during the mango season I could process only about ten tons of dried mango per season,” he said, “but nowadays with the new technology brought in with help of PAFASP, the so called ‘tunnel dryer’, I managed to process about 40 tons per season. I was so successful that I acquired a third tunnel dryer with my own funds thanks to the revenue generated by my business. Also, with PAFASP support, I have developed a partnership with a Dutch company, which is financing the installation of six more dryers. With this I hope to process about a 100 tons per season.”

Mariétou Sana is the secretary-general of the women’s group Sougri Nooma of Bogoya village. “I used to sleep with the onions in the same room as my children,” she said. “Unfortunately, my onions could not stay fresh/resist/stop going moldy? for very long after the harvesting period, so I always had to sell them at low prices. With the new conservation technology ‘ruudu’ developed by PAFASP, I now conserve my onions for more than six months after harvesting and sell them when the market prices are high. A bag of 100kg of onions is sold at about US$20 at harvest time in March, but can be easily sold for about US$100 five months later.”