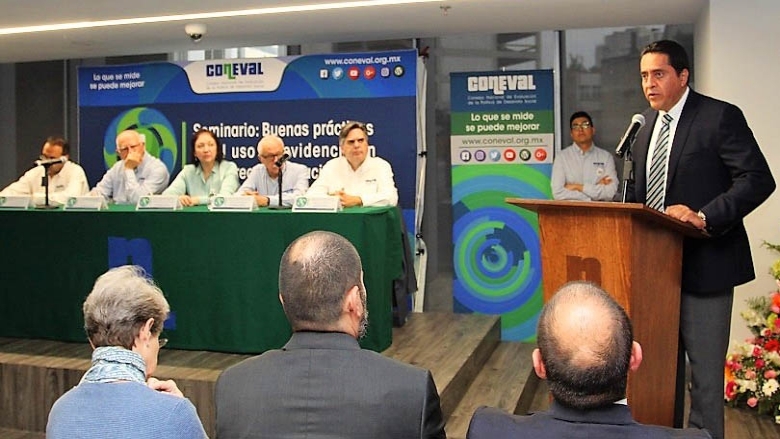 Arturo Beltran Retis, General Director of CONAFOR, receives the 2018 CONEVAL Best Practices Award. This award is an initiative aimed at promoting the use of evidence-based policymaking within the Mexican federal government. Copyright: CONAFOR

The programmatic approach of DIME bridges the gap between research and practice by engaging government counterparts in every phase of the policy cycle and building their capacity to make systematic use of data and evidence. Its collaboration with Mexico’s National Forestry Commission (CONAFOR for its Spanish acronym) is just one example.

This collaboration began with the government’s quest for evidence on the impact of their efforts to reduce deforestation and promote conservation.  CONAFOR runs one of the world’s largest Payment for Environmental Services (PES) programs, a program that leverages conditional cash transfers to promote tree planting and other conversation activities.  Given the size and scope of Mexico’s program, and the prevalence of the PES model worldwide, robust evidence on program impact was highly sought after.

In 2014 DIME held a workshop in Lisbon entitled ‘Energy and Environment: Local Solutions to Global Challenges’. This workshop brought together policymakers and researchers.  It was here that Victor Orozco, a DIME economist, began working with CONAFOR to develop an impact evaluation to measure the impact of the PES program.  The research was a multi-institutional effort, with a team comprised of operational and research units at CONAFOR, World Bank staff, and academics.  In alignment with the DIME model, which emphasizes capacity building through a learning by doing approach, this work was undertaken in a collaborative manner from designing and implementing the study to a series of data-analysis and dissemination workshops in Guadalajara, where CONAFOR is based.

This unique research collaboration has now been recognized twice by the National Council for the Evaluation of Social Development Policy (CONEVAL for its Spanish acronym), which issues the evaluation guidelines that regulate social programs in Mexico. In December 2015, CONAFOR received a Best Practices Award for “the integration of a multi-disciplinary team for the design of the impact evaluation… which further strengthens its monitoring and evaluation policy”. In October 2018, the Best Practices Award was granted for “the evaluation results and their use in evidence-based policymaking”.

Beyond the formal recognition, this study is also setting an example for research innovation in its sector.  CONEVAL notes that “CONAFOR conducted the first rigorous impact evaluation in the environmental sector, under a novel method in the context of public policy at the international level”.  DIME looks forward to continuing the research partnership with CONAFOR and to expanding novel research methodologies on critical environmental issues, contributing to the global knowledge base on what works to protect important natural resources. 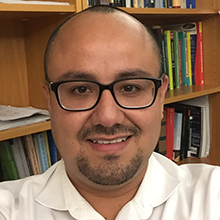