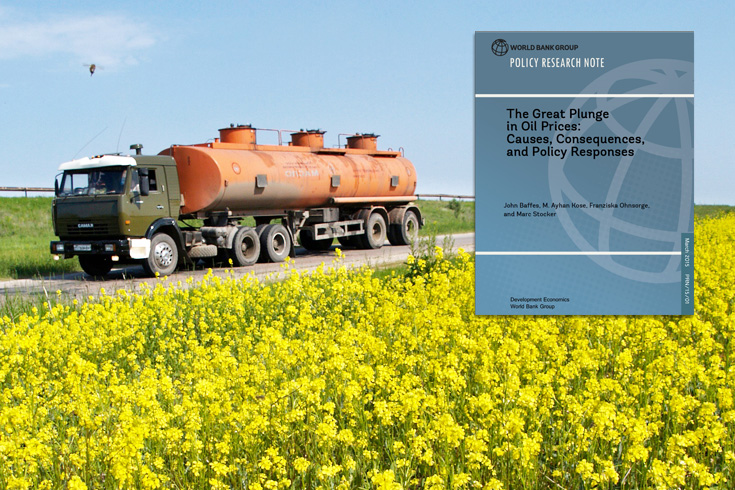 Following four years of relative stability at around $105 per barrel (bbl), oil prices have declined sharply since June 2014 and are expected to remain low for a considerable period of time. The drop in prices likely marks the end of the commodity supercycle that began in the early 2000s. Since the past episodes of such sharp declines coincided with substantial fluctuations in activity and inflation, the causes and consequences of and policy responses to the recent plunge in oil prices have led to intensive debates. This paper addresses four questions at the center of these debates, with particular emphasis on emerging market and developing economies:

This is the first note in the Policy Research Note (PRN) series. Policy Research Notes are prepared under the direction of the World Bank Chief Economist and Senior Vice President for Development Economics. PRNs combine and distill existing and new research to inform discussion on topical policy issues. They are aimed at a broad audience interested in economic policy.