Breaking the Cycle of Roma Exclusion in the Western Balkans 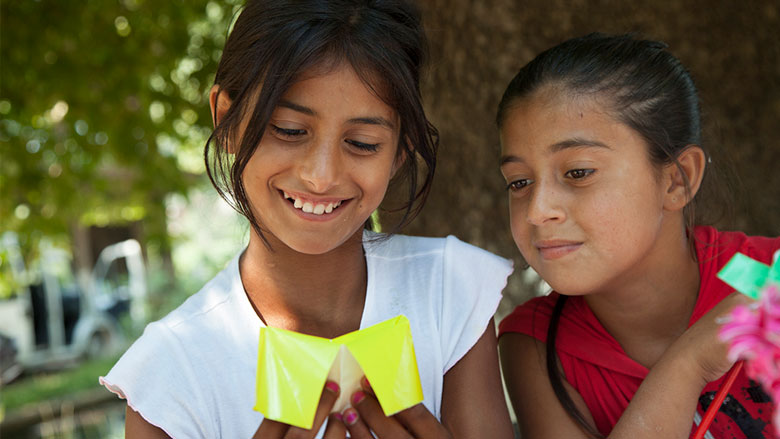 The Roma are the largest ethnic minority in Europe, as well as one of the most deprived and socially excluded groups. They typically have only limited access to basic services and economic opportunities. Although there are no reliable data on the Roma population in the Western Balkans, estimates suggest that the share of national populations represented by Roma ranges between 1.7 percent in Bosnia and Herzegovina and 9.6 percent in North Macedonia. Roma have only limited access to education, economic opportunities, health care, housing and essential services, and documentation, even relative to their non-Roma neighbors who live in close physical proximity.

Breaking the Cycle of Roma Exclusion in the Western Balkans

Roma inclusion is not only a moral imperative. Demographic aging in Europe means that it is also smart economics. The benefits of Roma inclusion are not negligible and include the productivity gains associated with higher employment rates and labor earnings, and they include fiscal benefits through greater tax revenue and lower social assistance spending. This is particularly important in aging societies because absorbing Roma entrants into the labor force can help counteract shrinking working-age populations. Roma are a young population, and this youth bulge can be turned into a demographic dividend through proper investment in education and basic services. Without the additional investments, governments will miss a demographic window of opportunity.

Because of the lack of high-quality data, research on Roma inclusion to inform evidence-based policies is scarce, and accurate data on programs implemented in the Western Balkans are needed. Ethnicity is generally not a topic in nationally representative household surveys, and administrative data are not ordinarily disaggregated by ethnicity. Roma sometimes do not like to self-identify as Roma. As a result, there is generally undercounting in censuses and undersampling in household surveys.

This report aims to fill this knowledge gap and inform policy making by relying on data from the 2011 and 2017 rounds of the Regional Roma Survey (RRS), the most comprehensive survey to date on living conditions and human development outcomes among marginalized Roma households in the Western Balkans, as well as non-Roma households in the vicinity of Roma. The 2011 round of the RRS, implemented in 12 countries of Central and Eastern Europe, including five countries in the Western Balkans, is a multitopic household survey representative of communities in which the share of Roma is larger than the share of Roma in the national populations. It encompasses both Roma population and neighboring non-Roma. After the first wave of the RRS was implemented in 2011, the European Commission (EC) Directorate-General for Neighbourhood and Enlargement Negotiations (DG NEAR), in an effort to explore changes in core development outcomes among marginalized Roma and non-Roma who lived nearby, commissioned the United Nations Development Programme (UNDP) and the World Bank to carry out another round of the RRS in the countries of the Western Balkans in 2017.

In both waves of the RRS, the sampling framework included communities in which the share of the Roma population was larger than the share of Roma in the national population, referred to as marginalized Roma. In the 2011 wave, the sample was limited to Roma who live in areas in which the concentration of Roma is greater than 40 percent; in the 2017 wave, areas with a concentration of Roma ranging between 10 percent and 40 percent were also included. In both waves, non-Roma who were living in physical proximity to the sampled Roma were also interviewed; referred to as “non-Roma”, they are not representative of the national population in each country. Not included in the first round, Kosovo was added to the survey at this time. Parallel qualitative research conducted by the World Bank, in collaboration with the Institute of Ethnography in Serbia, also helps in understanding the underlying mechanisms behind gaps between Roma and non-Roma in education and labor markets, with special attention to gender.

The results show that marginalized Roma in the Western Balkans do not have the endowments and assets they need nor the ability to use the assets they have efficiently and intensively to generate economic gains and climb the socioeconomic ladder. Roma face multiple barriers and constraints that hinder their ability to accumulate human capital, participate in the labor market on an equal basis, and generate economic gains. The insufficient stock and accumulation of human, physical, financial, and social capital have hindered the ability of Roma households to generate income over the life cycle. Marginalized Roma are not well endowed; the returns to education among them are low; and their ability to accumulate assets is constrained. Weak labor market engagement is also a persistent phenomenon among them and has not improved; so, their ability to generate labor income is narrow. A comparison of the 2011 and 2017 RRS data shows that little progress toward Roma inclusion was achieved in the years between the two survey rounds in the five priority areas identified by DG NEAR: education, labor markets, health, housing and essential services, and documentation.