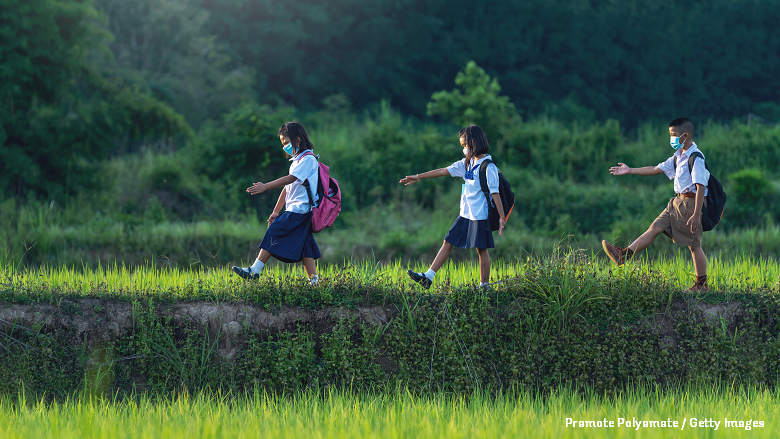 Covid-19 caused a global recession whose depth was surpassed over the past century and a half only by the economic contraction furing the two world wars and the Great Depression (WB 2021). In the East Asia and Pacific region, as in the rest of the worls, the pandemic and the restrictions it provoked inflicted domestic demand and supply shocks, Consumer demand, especially for services products, shrank due to declining incomes and mobility, and investments was dampened by heightened debt and undertainty.

The economies of the region began to bounce back after a severe economic shock in 2020.

Due to the economic distress, poverty in the region stopped declining for the first time in 20 years and 32 million people were prevented from escaping poverty.

Inequality increased because of the disease and the resulting shutdowns, as well as the unequal access to social support and digital technologies.

From divergence to three-speed recovery

The better performing countries were able:

Going green without hurting growth or the poor

China could play a significant role in pandemic control, by expanding production and exports of testing equipment, masks, and vaccines; global recovery, through consumption-enhancing fiscal stimulus; and a greener world, by taking stronger climate action.  In each case, China would also benefit itself:  by opening borders in a safer world; achieving more balanced domestic growth; and mitigating the adverse domestic consequences of climate change.