West Africa’s Coast: Losing Over $3.8 Billion a Year to Erosion, Flooding and Pollution 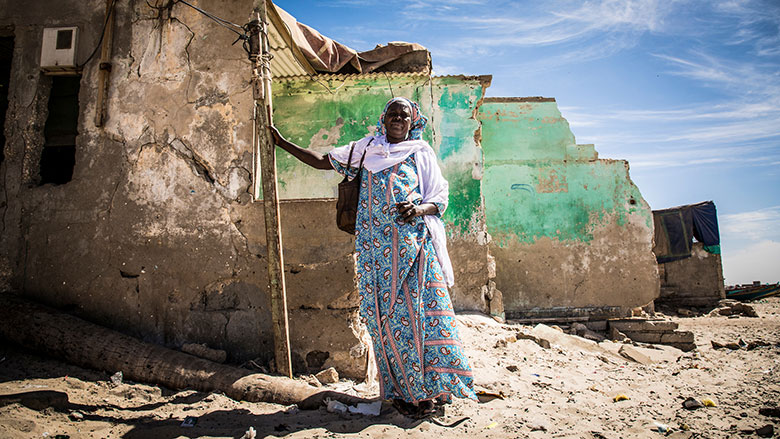 “The sea took the little we had. We are left with no choices, we have nowhere to go,” explains Yacine Dieng.

WASHINGTON, March 14, 2019―For a long time, Yacine Dieng used to make a decent living as a fishmonger in Bargny, Senegal. Like other members of the Lebou, of the fishermen, she took pride in living on the coast, and off the marine resources that were plentiful. But as the sea gradually swallowed her home, her possessions, and her pride, she could no longer provide for her family.

Yacine has now found a new passion: helping women from the coast get organized and lobby for solutions that can improve their lives. “The sea took the little we had. We are left with no choices, we have nowhere to go,” she explained.

Yacine’s story is one that could be repeated by thousands who live along the coast of West Africa. 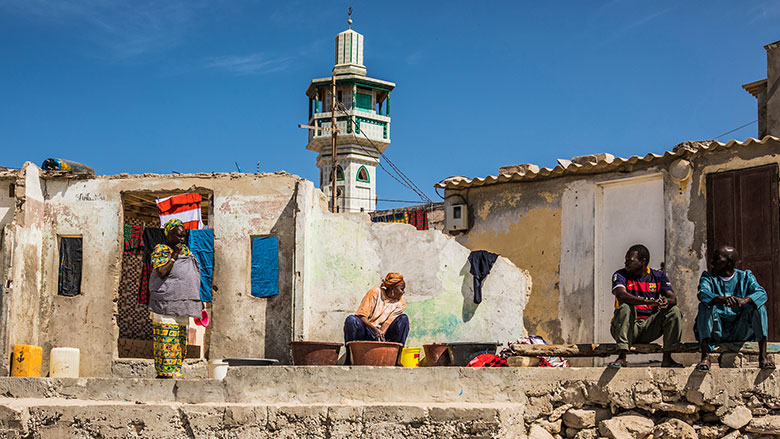 Yacine Dieng and some neighbors in front of destroyed house on the coastline of Bargny. Photo: Vincent Tremeau/World Bank

Beyond the shattered lives, the harsh consequences of erosion, pollution flooding are very costly to Benin, Côte d'Ivoire, Senegal and Togo. A new World Bank study reveals in economic terms the cost of the damage in these four countries.

Titled The Cost of Coastal Zone Degradation in West Africa, the study shows staggering numbers.  In 2017 alone, flooding, erosion, and pollution cost about $3.8 billion, or 5.3% of the four countries’ GDP. Moreover, coastal degradation causes more than 13,000 deaths a year, primarily due to floods, air water pollution.

“For the first time, there is a consistent approach to estimating the impacts of environmental degradation in West Africa’s coastal areas,” said Benoît Bosquet, Director for Environmental and Natural Resources Global Practice at the World Bank. “The findings show the financial and social urgency to strengthen the resilience of millions of people living on the coastline. Countries need to work together to find common solutions and crowd-in the finance needed to protect their coastline and avoid future damage.”

. In Benin, a country prone to erosion, this cost was estimated at $229 million equivalent to 2.5% of the country’s GDP. These threats are aggravated by climate change which increases the vulnerability of the coastal communities. 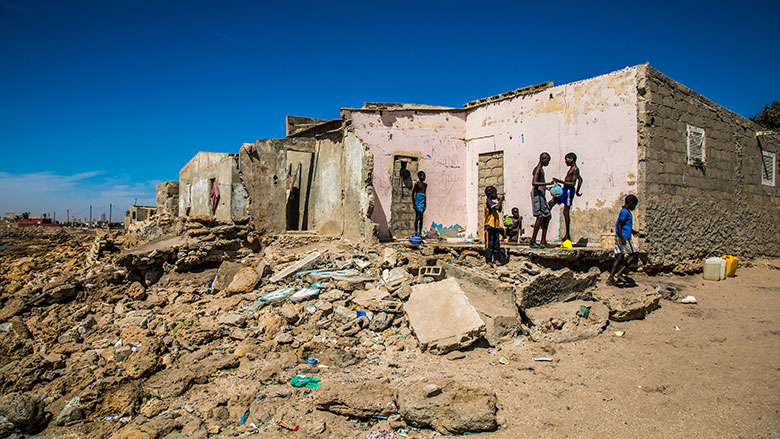 A group of teenager boy wash in the morning in a destroyed house on the coastline of Bargny, Senegal. The house was destroyed by rising water and erosion. Photo: Vincent Tremeau/World Bank

These communities are fully affected by flooding due to extreme local rainfall and to rivers overtopping their banks and leading to major damage to assets, houses infrastructure. Critical ecosystems such as beaches and mangroves as well as many farmlands have been devastated.

Erosion is due to both natural and manmade factors and nearly $ 1 billion to the four countries. The coastline is very dynamic. Some areas have no erosion at all, some have and other land gains. The study estimated that 56% of the coastline in Benin, Cote d’Ivoire, Senegal Togo is subject to an average erosion of 1.8 m per year. ,tweetHash=">.

Pollution is also a growing concern for many stretches of the coast. The combined effect of air pollution, lack of water supply, sanitation, and proper waste management takes an important toll on people’s health and quality of life. The cost of air, water waste pollution was estimated at about $1.4 billion in 2017 in the four countries. ,tweetHash=">. 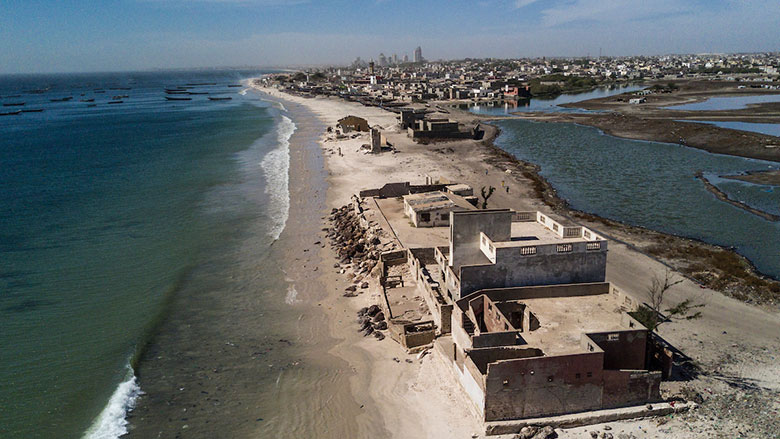 "The West African coastline is beautiful and has a huge tourist potential,” said Maria Sarraf, Practice Manager, Environment and Natural Resources, Africa Region, World Bank co-author. “Our study shows that investing in coastal adaptation now will reduce these damages and save billions of dollars in the future”.

To help countries meet these challenges and preserve their coastline, the World Bank launched in 2018, the West African Coastal Areas Management Program (WACA). The program finances interventions such as the construction of protective measures, the of mangroves and the treatment of waste to combat the pollution of the ocean.

The degradation of West Africa’s coasts already has dramatic significances for Yacine Dieng and many others. Investing in coastal preservation today will help them rebuild their livelihoods.

Cost of Degradation by Country in 2017