Climate Migration in Africa: How to Turn the Tide 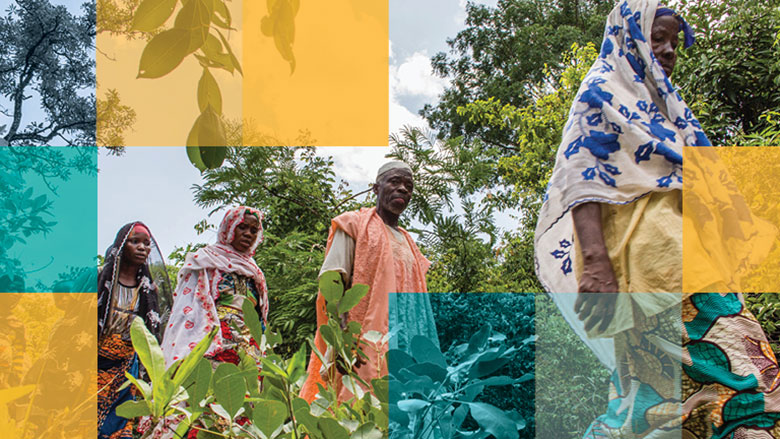 Sub-Saharan Africa has contributed the least to global warming. Yet, the continent will experience the most devastating impacts of climate change. New World Bank Groundswell Africa reports highlight that urgent, collective action to support green, inclusive, and resilient development could reduce the scale of climate migration by 30 % in the Lake Victoria region and as much as 60 % in West Africa.

The Groundswell Africa series is a sequel to the 2018 Groundswell report and complements the recently released Groundswell II report by providing in-depth analysis on potential scale and spread of internal climate migration in West African and the Lake Victoria Basin, with country level analysis for Nigeria, Senegal, Tanzania, and Uganda to better inform policy dialogue and action. 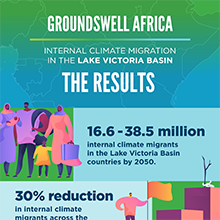 Click to enlarge
The Lake Victoria Basin has a long history of trade, nomadic pastoralism, and dry season migration for livelihood diversification. Migration in the five basin countries—Kenya, Tanzania, Uganda, Rwanda, and Burundi— is intrinsically linked to the history, traditions, and social fabric of its people. The Basin contains the largest tropical freshwater lake in the world and has relatively moderate temperatures throughout the year. Climate change stressors, such droughts or flooding, endanger ecological resilience and affect migration patterns as they thwart agricultural crops, food production systems, and water resources and place increasing pressure on urban areas. By 2050, up to 38.5 million people could be compelled to move within the Basin countries due to climate factors. Tanzania will see the highest number of internal climate migrants reaching 16.6 million, followed by Uganda with 12 million. Deep Dive reports for these countries shed further light on these trends. Concerted climate and development action can reduce the scale of adverse climate migration significantly. 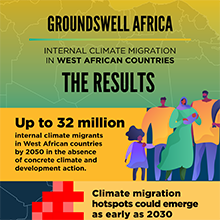 Click to enlarge
West Africa is one of the most mobile regions in the world, with a history of trade, nomadic pastoralism, and migration for livelihood diversification. Internal migration patterns have been dominated by rural to urban movement, but nomadic pastoralism and seasonal migration from inland areas to the coast also plays a crucial part in preserving livelihoods. Senegal, for example, is simultaneously a country of origin, destination, and transit. By 2050, the West African countries could see up to 32 million people moving within their own countries due to climate factors. Niger will see the highest numbers of internal climate migrants, followed by Nigeria, but smaller countries like Senegal and Benin will have a larger share of internal climate migrants in the next few decades. The report covers all the West African countries, with more focused discussion on the coastal countries. Country-specific deep dive reports have been developed for Nigeria and Senegal.

Operational Experiences and Lessons at the Climate Migration Development Nexus

An Operational Review of the World Bank’s portfolio at the Climate Migration Development Nexus underscores the wealth of good practice that can inform projects to innovate and devise more integrative solution by sharpening attention to underlying causes of migration along with immediate and urgent needs of the stakeholders; and where possible to design interventions that are proactive in anticipating future climate risks from slow- and rapid-onset climate impacts.