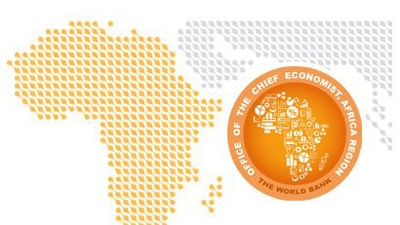 One of its most important functions is to foster a community of economists interested in Sub-Saharan Africa, within the World Bank and in the continent.

The Office of Chief Economist in the Africa Region (AFRCE) seeks to bring the best possible knowledge to bear on policy and institutional reforms in Sub-Saharan Africa. It produces and oversees the production of research articles and reports on the most pressing development issues facing the continent.  It also guides the production and implementation of the World Bank’s strategy of assistance for the Africa Region.

The Africa Regional Studies Program is the World Bank’s main vehicle to produce and disseminate research and analysis on development challenges facing the entire Sub-Saharan continent or a sub-set of countries in the region. The focus of the Africa Regional Studies varies every year, reflecting current policy questions in Sub-Saharan African countries. It has covered such issues as youth employment, conflict, vulnerability and risk, and structural transformation, among others.

Addressing Climate Vulnerability of Africa's Infrastructure
This study looks explicitly into how climate change will affect both existing and in the energy, transboundary water, and roads sectors, and provides specific information on strengthening the resilience of infrastructure that will be built in the future.

Africa’s Demographic Transition: Dividend or Disaster?
This report recommends policy actions needed at the various phases of Africa’s demographic transition and uses global and regional experiences to provide evidence on what has worked has not. Countries have a menu of options available to speed up the transition,  improve investment in the resulting youth cohort, expand labor markets, and encourage savings.

Africa Youth Employment
This report examines obstacles faced by households and firms in meeting the youth employment challenge in Sub-Saharan Africa. It focuses primarily on productivity, in agriculture, in nonfarm household enterprises, and in the modern wage sector, because productivity is the key to higher earnings as well as to more stable, less vulnerable, livelihoods

Highways to Success or Byways to Waste
This report provides estimates of the effects of lower transport costs on economic activity in rural areas, improves the empirical understanding of the pathways through which transport infrastructure alters economic outcomes, evaluates options for actual investments, and identifies areas where transport infrastructure would generate the highest benefits.

Poverty in a Rising Africa
This report closely examines the statistics on poverty in African countries by reviewing the data used to produce national poverty estimates, taking a critical look at their availability, and comparability; assessing the broad facts about poverty; and exploring various dimensions of inequality in the Region.

Public Spending Priorities for African Agriculture
This study evaluates the effectiveness of agriculture public spending in Africa with an attempt to provide guidance and pragmatic policy advice to governments on the of various programs and investments needed to enhance of African agriculture for ending poverty and boosting shared prosperity on the continent.

Responding to the Challenge of Fragility and Security in West Africa
The speed at which society is changing in Africa is putting a strain on and pushing them to transform rapidly. It also risks rendering them illegitimate and ineffective. This study examines the external stresses as well as the dynamics that affect institutions, in an attempt to understand the drivers of fragility and the factors of resilience.

These two-page Macroeconomic and Poverty Outlooks are jointly produced by the Poverty and Macroeconomics & Fiscal Management Global Practices of the World Bank.

Each country note contains (click on country-name for pdf): an overview of recent macroeconomic and poverty developments; the outlook, including forecasts for major macroeconomic variables in 2016-18; and a brief discussion of critical challenges for economic growth, macro stability, and poverty reduction moving forward.