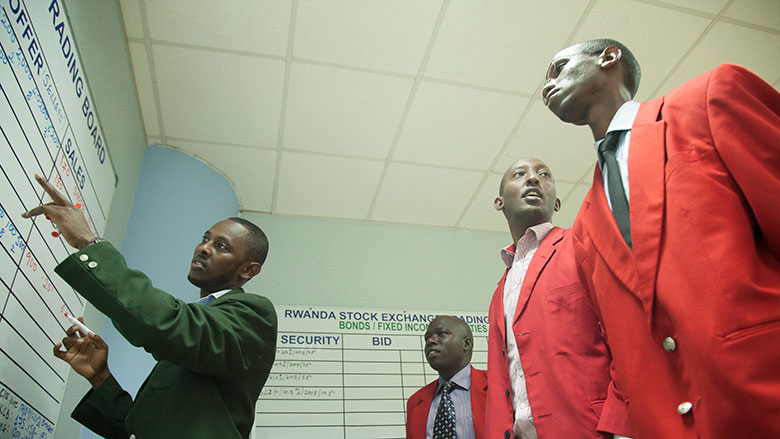 Growth in Sub-Saharan Africa is recovering, supported by modestly rising commodity prices, strengthening external demand, and the end of drought in a number of countries. Security threats have subsided in several countries. Several factors are preventing a more robust recovery. In Angola and Nigeria, tight foreign exchange liquidity conditions, reflecting distortions in the foreign exchange market, constrain activity in the non-oil sector. In South Africa, political uncertainty and low business confidence are weighing on investment.

In contrast to oil and metals prices, cocoa prices have plummeted, reducing exports and fiscal revenues in Côte d’Ivoire, Ghana, and other cocoa producers. The drought in East Africa has continued into 2017, adversely affecting economic activity in Kenya, and contributing to famine in Somalia and South Sudan.

Regional inflation is gradually decelerating from a high level, although it remains elevated in Angola, Nigeria, and Mozambique. Inflationary pressures increased in East Africa, due to drought.

Growth in Sub-Saharan Africa is forecast to pick up to 2.6 percent in 2017 and to 3.2 percent in 2018, predicated on moderately rising commodity prices and reforms to tackle macroeconomic imbalances. Per capita output is projected to shrink by 0.1 percent in 2017 and to increase to a modest 0.7 percent growth pace over 2018-19. At those rates, growth will be insufficient to achieve poverty reduction goals in the region, particularly if constraints to more vigorous growth persist.

Growth in non-resource intensive countries is anticipated to remain solid, supported by infrastructure investment, resilient services sectors, and the recovery of agricultural production. Ethiopia is forecast to expand by 8.3 percent in 2017, Tanzania by 7.2 percent, Côte d’Ivoire by 6.8 percent, and Senegal by 6.7 percent, all helped by public investment. However, some countries need to contain debt accumulation and rebuild policy buffers.

The regional outlook is subject to significant internal and external risks. A sharp increase in global interest rates could discourage sovereign bond issuance, which has been a key financing strategy for governments. Weaker-than-expected growth in advanced economies or major emerging markets could reduce demand for exports, depress commodity prices and curtail direct foreign investment in mining and infrastructure in the region. Proposed cutbacks to U.S. official development assistance will be a concern to some of the region’s smaller economies and fragile states.