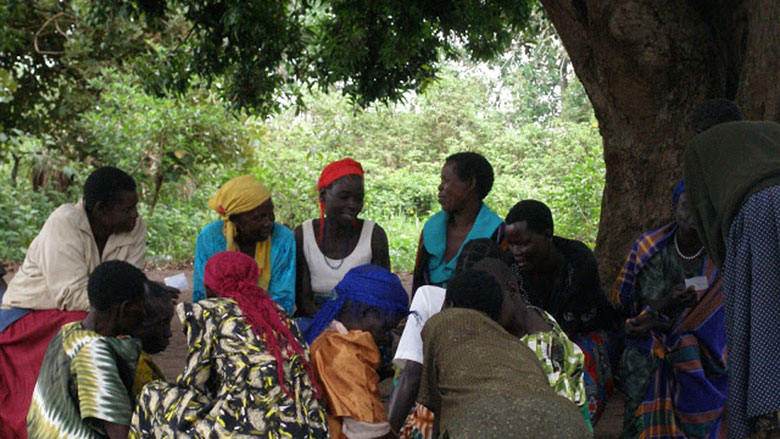 Women farmers participate in a networking session to identify cultivation issues, choose collaborative goals and set times to meet and exchange farming tips in the future.

KAMPALA, April 19, 2016 – By exploiting the power of social ties, social network interventions offer a lower-cost alternative to traditional agricultural training programs and can be particularly effective at improving the productivity of women, according to the results of a new study.

With support from the World Bank Gender Innovation Lab, University of Maryland researchers compared a standard agricultural training program in Uganda with a social network intervention (SNI). Research shows that through networking, less productive farmers were able to learn more from productive women within their own village, resulting in higher levels of productivity.

“Social networks affect all of our lives; the people we know influence us every day, including by sharing their knowledge and experience,” said Kathryn Vasilaky, one of the researchers. “If our networks do not extend to many individuals, the less new information we are exposed to. This is especially true for people living in poor and remote areas where there is limited access to other sources of information.”

The results of the study are particularly relevant to policymakers in Sub-Saharan Africa, where productivity differentials still exist between males and females, and women are less frequently targeted for training.

On average, the social network intervention was less costly and it more effectively targeted women and the least productive farmers than the traditional extension service program.