What states can learn from Odisha in disaster preparedness and mitigation 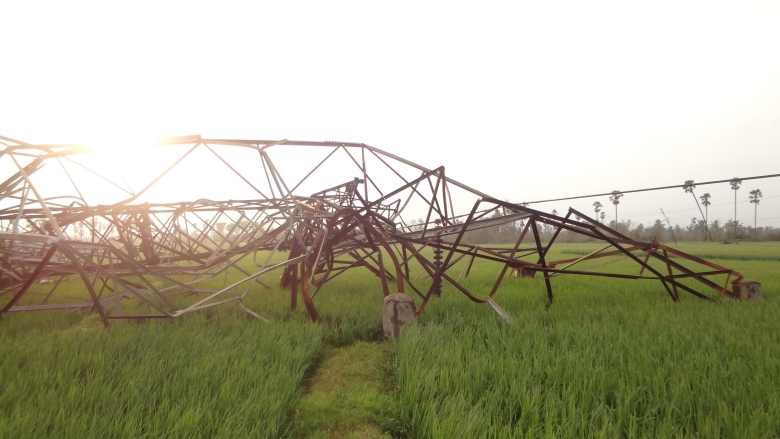 On May 3, Cyclone Fani wreaked havoc on the coastal areas of Odisha and West Bengal, before moving on to Bangladesh with relatively low intensity. In the eastern state of Odisha, where the cyclone’s effects were felt the most, 64 people died while 1.2 million people were evacuated and taken to cyclone shelters.

We spoke to Deepak Singh, Lead Disaster Risk Management Specialist at the World Bank, to get a clearer on-ground picture of the destruction cause by Cyclone Fani, and to understand disaster mitigation efforts by the World Bank in Odisha through its various projects.

Q. Tell us about the current developments post Cyclone Fani in Odisha.

A. Cyclone Fani was unexpected for this time of year as cyclones usually occur during the monsoons in July-August in this region. In this case, the cyclone first started to move parallel to the coast, causing damage to the coastal districts of Odisha, West Bengal, and Andhra Pradesh. But after crossing Puri in Odisha, it seemed to lose a bit of steam and fell rather weakly by the time it reached Bangladesh.

The cyclone track was being monitored closely by the Indian Meteorological Department (IMD) and it was known precisely where the cyclone will cross and when it will fall. The Odisha government showed a high degree of preparedness and effectively managed to evacuate about 1.2 million people based on these predictions.

The government of Odisha successfully managed to minimize the loss of life; this itself was not a small exercise and required tremendous effort. However, the state still suffered major losses in terms of infrastructure, particularly electrical infrastructure, housing, public buildings, transport infrastructure, including airports and railway stations, and also port and harbor areas.

The next step is for the state to build capacity to be able to minimize the loss of assets and livelihood.

Q. What has been the role of the World Bank in disaster mitigation and reconstruction in India? How can the Bank help?

A. The World Bank has been at the forefront of supporting efforts to reduce vulnerability to cyclone and other hydro-meteorological hazards of coastal communities in the coastal states of West Bengal, Kerala, Karnataka, Goa, Maharashtra, Gujarat, Andhra Pradesh, Tamil Nadu and Puducherry, as well as in the Jhelum Tawi area, in Uttarakhand and in the Bihar Kosi Basin. It’s total investment so far stands at USD 1.7 billion.

The Bank’s nature of involvement in this area has also evolved over time. During the earthquakes in Latur, Maharashtra and Bhuj, Gujarat, the World Bank was mostly helping state governments with recovery and reconstruction. But since the 2004 Tsunami, the Bank has taken up several projects in disaster mitigation to reduce the risk of cyclones. For example, the National Cyclone Risk Mitigation project that started in 2010 was a major intervention in all the 10 coastal states of India.

Specifically in Odisha, the World Bank has been supporting the state government in restoring and improving housing and public services in targeted communities of the state, as well as in increasing capacity to respond promptly and effectively to crisis or emergency since after the super-cyclone of 1999 that killed more than 10,000 people.

Through projects like the Odisha Disaster Recovery Project and the National Cyclone Risk Mitigation Program, with investment of more than USD 350 million, the World Bank has made a very concentrated effort in reducing the impact of cyclones.

Loss of lives since the super-cyclone of 1999 in Odisha has been minimized considerably, although minimizing losses in terms of infrastructure and livelihood is still something the state needs support with.

Q. What specific disaster mitigation efforts have been carried out by the World Bank?

A. Early warning generation system that is done by the IMD typically comes till the state and district levels. There has been no formal mechanism so far to communicate warnings of cyclones and heavy rains etc. to the villages and people at large.

The World Bank has helped create the intelligence to carry these warnings to the last mile. Particularly in Odisha, this system was introduced during the Cyclone Mitigation Project and has been used for the past 12 years. The World Bank has also been assisting states in creating cyclone shelters and access to these shelters. It has provided early warning systems and helped governments create early warning dissemination systems.

Similar efforts have been made in other states like Andhra Pradesh, Tamil Nadu and West Bengal.

Q. What lessons can the rest of the country learn from Odisha’s disaster mitigation preparedness?

A. Odisha has a great community outreach system through which people are being reached on time. It now has a network of 450 cyclone shelters and there is a robust mechanism for the maintenance of the cyclone shelters—each cyclone shelter has a maintenance committee where youth have been involved and trained for search and rescue, first aid medical attention, and for providing cyclone warnings.

Through a network of these shelters and committees and training, the state has involved the entire community; it is now fairly easy to disseminate warnings and move people into safe cyclone shelters. The state’s disaster management systems are monitored twice each year, given the propensity of natural disasters in the state.

This is not the first time that a poor state like Odisha has managed to successfully evacuate millions of people during a natural disaster; it also did so during Cyclone Phailin in 2013.

Odisha has managed to create a sense of community during such disasters that other states can also emulate.

Q. Are there any areas where Odisha can still improve?

Statistically, there has been a cyclone every two years or a major cyclone every four years on the coast of Odisha. Given this, coastal housing in Odisha is still quite vulnerable to cyclones and heavy rains. Similarly, the power infrastructure is completely over-ground, leaving it extremely exposed during natural disasters. Disruption of the electrical system also has a cascading effect on health systems, water supply, communication and transport, etc. which become even more vital during natural disasters for help to reach the most vulnerable.

The Government of Odisha certainly needs to think about investing in creating safer housing especially in the coastal regions, and in creating electrical systems that are underground. This will not only help minimize the need for evacuation, but also save on the systematic investments that are made when household assets are lost during a disaster.