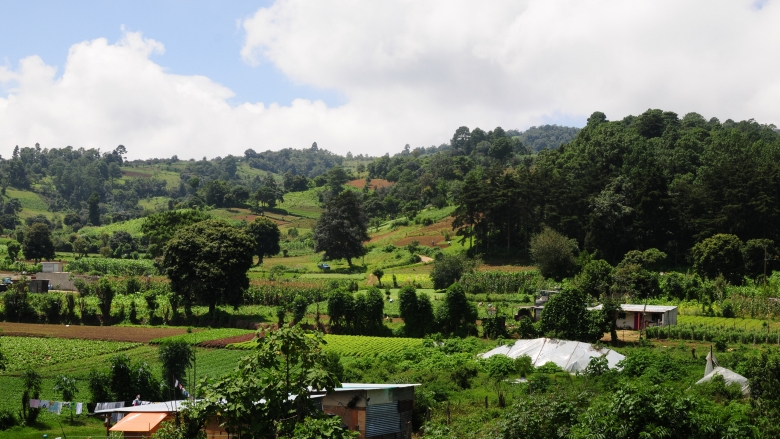 Guatemala City, October 12, 2021—Guatemala has signed a landmark agreement with the World Bank’s Forest Carbon Partnership Facility (FCPF) that will unlock up to US$52.5 million for reducing emissions from deforestation and forest degradation and increasing carbon sequestration—commonly known as REDD+. This Emission Reductions Payment Agreement (ERPA) will reward efforts to reduce 10.5 million tons of carbon emissions through 2025 under Guatemala’s ambitious emissions reduction program.

“Guatemala means ‘place of many trees.’ This agreement further strengthens our commitment to preserving our rainforests and biodiversity, fighting climate change, and using our land sustainably and equitably for generations to come,” stated Mario Rojas Espino, Minister of Environment and Natural Resources of Guatemala.

About 35% of Guatemala’s total surface area is covered in forests, down considerably from 50% in 1950. Forests have been cleared primarily for agricultural use, livestock production, and urban settlements. Forest fires, pests and diseases, and illegal logging also put pressure of Guatemala’s forests, as do the underlying socio-economic and cultural conditions, as well as institutional and productive barriers and weaknesses.

The land use, land use change, and forestry sector accounts for 27% of Guatemala's total annual emissions, making REDD+ a top priority for the country to meet its Nationally Determined Contribution (NDC) under the Paris Agreement.

Guatemala’s emissions reduction program aims to tackle the main drivers of deforestation and forest degradation. Covering over 31% of the national territory and 92% of forest lands, it seeks to strengthen the management of national protected areas and reinforce forest policy instruments, expand existing incentives to increase carbon stocks, and promote sustainable forest management. It also aims to strengthen the co-management of protected areas, agroforestry systems, and forest plantations.

“The World Bank Group is committed to support Guatemala foster inclusive and sustainable growth. This program will require the participation of diverse stakeholders from government, civil society, the private sector, local communities and Indigenous Peoples, and will benefit all by helping in the conservation of valuable forest lands, a needed resource to help build back better for a green and resilient economic recovery,” said Marco Scuriatti, World Bank representative for Guatemala.

The program includes an inclusive benefit sharing plan. It was developed through extensive stakeholder consultations at national and local levels to ensure that participating stakeholders, particularly Indigenous Peoples and local communities that depend on forests for their livelihoods, are fairly recognized and rewarded for their role in reducing emissions.

Guatemala is the fourth country in Latin America (after Chile, Costa Rica, and the Dominican Republic) and the 15th worldwide to sign an ERPA with the FCPF. Together, these agreements commit over US$720 million for nearly 145 million tons of carbon emissions reduced through 2025.

The Forest Carbon Partnership Facility (FCPF) is a global partnership of governments, businesses, civil society, and Indigenous Peoples' organizations focused on reducing emissions from deforestation and forest degradation, forest carbon stock conservation, the sustainable management of forests, and the enhancement of forest carbon stocks in developing countries, activities commonly referred to as REDD+. Launched in 2008, the FCPF has worked with 47 developing countries across Africa, Asia, and Latin America and the Caribbean, along with 17 donors that have made contributions and commitments totaling $1.3 billion.