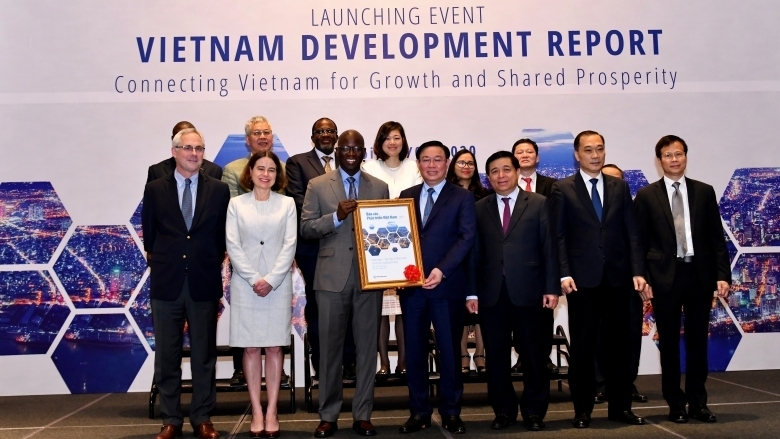 HANOI, January 15, 2020—Developing quality connective infrastructure and logistics is crucial to lower trade costs and boost Vietnam’s further integration in both global and domestic markets. This will require a new approach to planning and additional investments in strategic connective assets, a new World Bank report concludes.

The latest Vietnam Development Report, Connecting Vietnam for Growth and Shared Prosperity, launched today, together with one of its background papers Vietnam: Connecting Value Chains for Trade Competitiveness, provide a comprehensive overview of Vietnam’s transport connectivity and how it supports three critical national development goals of integration, inclusion and resilience.

The report finds the uneven development of transport infrastructure across the country, capacity bottlenecks at major gateways, and a major imbalance in supply and demand. The country’s trade flows are concentrated at one quarter of total border gates—two airports, five seaports and five border-crossing points—which collectively handled 86 percent the value of total trade in 2016. As trade grows, so does congestion around these international gateways and border-crossing points.

Within the country, the movement of goods is conducted mainly on the road network, which carries three-quarters of total cargo volumes. Vietnam’s extensive network of natural waterways is under-utilized because its ports and landing stages are ill-suited to accommodate larger volumes of cargo. The use of container-based cargo, which enables efficient intermodal transfers, is relatively limited. Meanwhile, Vietnam’s 2,600-km railway network remains stuck at a low state of development.

The report highlights the steps Vietnam can take to address the fragmented state of connectivity to better facilitate international trade.

Reconfigure the network of international gateways by bringing a network perspective in planning and developing gateways, moving away from the current decentralized planning.

Re-orient transport and spatial planning to support critical value chains by creating a new ecosystem of trade and transport links that will be critical to facilitating supply chains, the movement of inputs and final products.

The report also sheds light on an often-overlooked issue of how domestic transport and logistic systems are lagging increasingly sophisticated demands from middle-class consumers. As income rises, there is a greater demand for higher standards of services—such as safety, punctuality, freshness, and traceability of traded goods—as well as for competitive prices.

Despite these demand shifts, longstanding supply chains remain intact, particularly for food. A majority of consumers still prefer sourcing foods from traditional markets. “Cold chains”, refrigerated transportation and storage of perishable foods from farms to consumers, are fragmented and mostly serve the export market. Such underdeveloped food supply chains result in food losses estimated to be equivalent to 2 percent of Vietnam’s GDP, high incidence of food-borne diseases and environmental pollution, according to the report.

Upgrade connectivity “software” by creating an enabling regulatory environment and providing financial incentives to support the growth of logistics service providers and promoting the adoption of technology.

The report also suggests solutions to improve the resilience and reliability of the transport system and deliver on “last-mile” inclusion in lagging areas with better connectivity.

The Vietnam Development Report is a series of flagship analytical and policy reports produced by the World Bank in Vietnam. This edition of the report has received support from the Government of Australia, through the Second World Bank Group-Australia Strategic Partnership (ABP2).