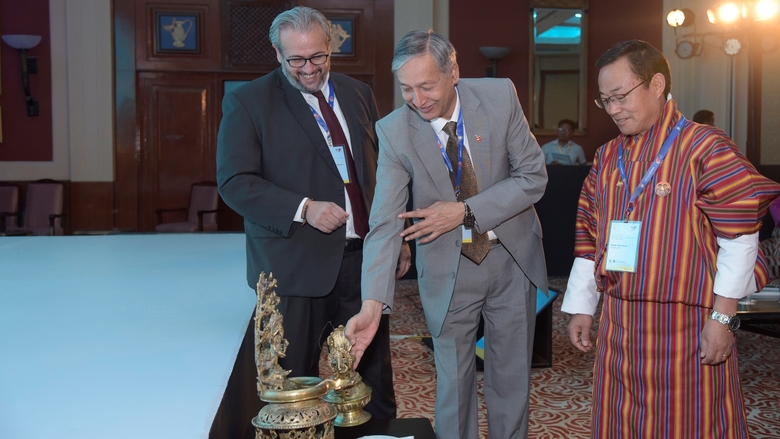 Kathmandu, June 5, 2019 – In the Bhutan-Nepal Human Capital Forum that began today, participants have highlighted the need to urgently invest in the early years of childhood to drive growth and development in the productive years. The two-day conference started with the participation of high-level delegates from both countries who met to strategize ways of investing more and better on human capital. 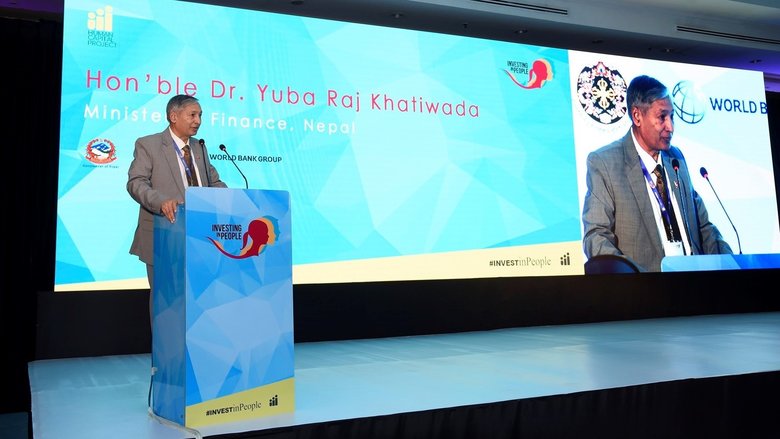 Speaking at the inaugural session, Dr. Yuba Raj Khatiwada, Finance Minister of Nepal, said, “A country is comprised of the collective strength of its people. When they are highly educated, healthy, skilled, and motivated, a thriving workforce can drive the country’s growth and development. The government has accordingly prioritized education, health and drinking water in budget allocation for the next fiscal year. We will continue to work with all stakeholders to invest in people and ensure the creation and empowerment of a globally competitive population for the 21st century.”

Nepal scored 0.49 out of the maximum possible score of one, in the Human Capital Index released by the World Bank in October 2018. This means that a child born today in Nepal will be only 49 per cent as productive when he or she grows up, as he or she could be if he or she enjoyed complete education and full health. Although Nepal secured the second spot among its South Asian peers and did better than average for its region, more than half the potential is yet to be realized.  It still needs to invest effectively and efficiently on access to quality health services, nutrition, education, employment skills and others to realize its potential.

Bhutan’s Finance Secretary Mr. Dasho Nim Dorji, who led the Bhutanese delegation, expressed the importance of enhancing human capital. “As one of the early adopters of the World Bank’s Human Capital Project, Bhutan remains committed to improve the level and quality of investment in our people,” he said, “For us, reduction of inequity across regions and districts in both human capital outcomes and access and quality of services has always been a high priority,” he added. 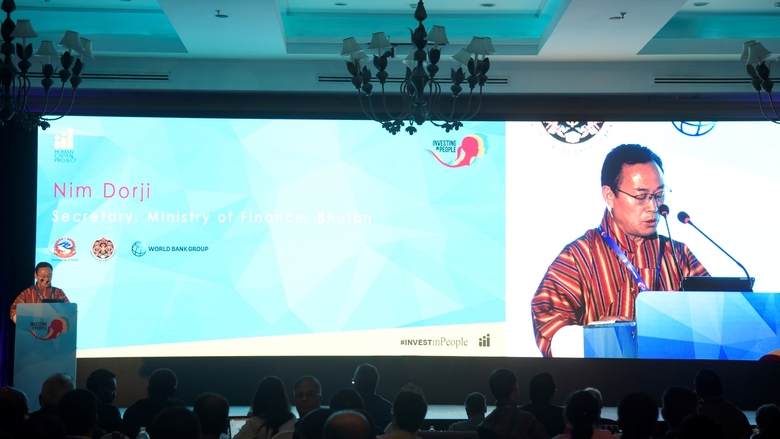 Bhutan performs better than its neighbors in stunting rates. However, 1 out of 5 Bhutanese remain stunted. While the rates of Bhutan’s adult survival are relatively satisfactory, the country needs to invest more in health services and access. Bhutan also has a gap in its learning years, that can be improved with focused investment in the formative years.

Explaining the economic rationale behind the World Bank’s Human Capital Project, Mr. Faris Hadad-Zervos, Country Manager for World Bank Nepal, said, “Investing in the early years is one of the smartest investments a country can make to break the cycle of poverty, address inequality, and boost productivity later in life. There is an urgent need to allocate resources for the physical, cognitive, and emotional development of children to ensure future productivity of individuals and increase economic competitiveness of nations.”

The World Bank Group’s Human Capital Project is an ambitious effort to accelerate more and better investments in people, to create a world in which all children arrive in school well-nourished and ready to learn; can expect to attain real learning in the classroom; and are able to enter the job market as healthy, skilled and productive adults.

Learn more about the project here.

The sessions are being broadcast live. You can watch them here.