The Bogota Metro is Moving Forward with World Bank Support 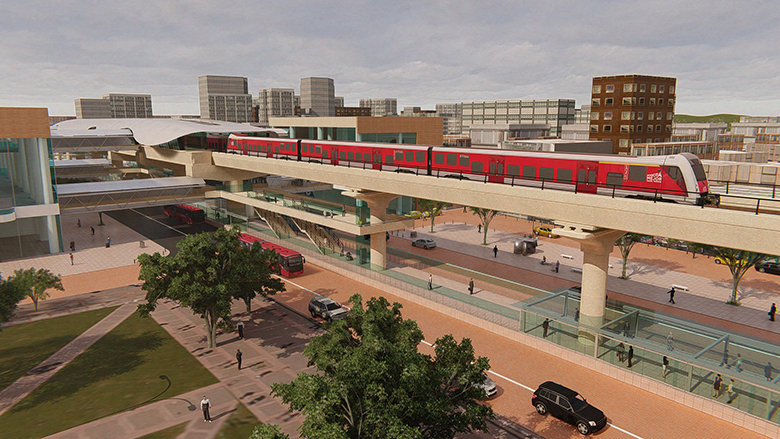 Washington, August 2, 2018 – Reiterating its commitment to promoting competitive cities through improved infrastructure, urban integration and environmental protection, the World Bank approved the initial funds for building the Bogota metro, which will promote mobility, urban development and access to public transportation in the city.

This first loan, for US$ 70 million, will support initial construction works of the viaduct, audits and technical studies for this project. The project will give the population living in the system’s area of influence increased access to opportunities, especially the lower-income population.

The metro will be integrated with the Bogota mass transit system and will substantially reduce commute times for users. These first US$ 70 million are part of a request for US$ 600 million to build the metro. The World Bank plans to cover the remaining US$ 530 million in future operations.

“Beginning in 2019, Bogota’s first metro line will be the largest infrastructure project to be implemented in Colombia.  The project, which will directly benefit 2.9 million people in nine boroughs of Bogota (88% are citizens in the three lowest income brackets) will be a 24-kilometer elevated railway, with an average height of 13 meters. The works include the construction of 16 stations and 28 access buildings, the  reconfiguration of the road networks where the metro will pass (22.2 kilometers) and the renovation and/or creation of 600,000 square meters of public space,” said Andrés Escobar, head of the Metro de Bogota Company.

The metro project is co-financed by the Inter-American Development Bank (IDB) and the European Investment Bank (EIB). World Bank, IDB and EIB financing in this initial phase totals US$190 million.

“The new metro is a great opportunity to improve the lives of thousands of people in Bogota, who will spend less time commuting and more time with their families, for example. It will also reduce air pollution in the city,” said Ulrich Zachau, World Bank Director for Colombia and Venezuela. “I expect that the metro will generate important benefits, especially for lower-income sectors of the population, which depend on public transportation. This first operation reflects the World Bank’s commitment with the city in the development and implementation of the metro project over the next few years.”

As part of an integrated public transport system, the metro will improve mobility options. It will favor access to services by generating fewer costs and less commute time, will improve road safety and will substantially reduce air pollution in the city. Moreover, it will seek to generate access to employment for users in the area of influence of this mass transit system.

The project to support the first metro line in Bogota, approved today by the World Bank Board of Directors for the period 2018-2021, will be used mainly to adapt the depot and pour the foundation for the elevated railway. It will also be utilized to contract audits and exploratory studies.

The loan will also be used for the institutional strengthening of the different actors of urban transport in Bogota District, particularly the Metro de Bogota Company. This activity will help ensure the appropriate management of contracts, the launching of operations and the successful integration with Bogota’s mass transit system.

The first metro line in Bogota will have a maximum capacity of 72,000 passengers per hour and will stretch from the depot in Bosa to 72nd Street.