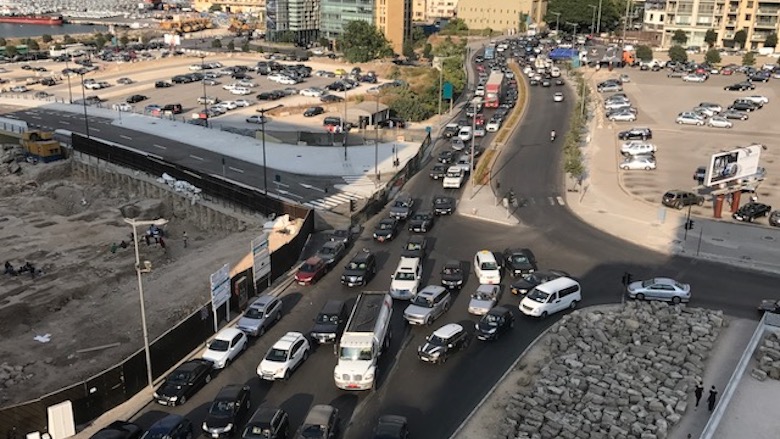 GBPTP is the first project to benefit from a newly approved Public-Private Partnership law that aims to attract private investments in infrastructure to ease the financial burdens of a government struggling with high public debt and fiscal imbalances. It is in line with the World Bank Group’s own drive for Maximizing Financing for Development (MFD) in member countries, especially those under economic and financial duress.

“Lebanon needs to mobilize private investment to stimulate its economy and create jobs while also developing its much-needed infrastructure,” Saroj Kumar Jha, World Bank Regional Director for the Mashreq, commented after the Bank’s Board of Directors endorsed the project. “Poor transport connectivity exacerbates the already problematic inequitable growth between Beirut and hinterland regions. It hinders access to employment and services for the poor and other vulnerable groups.”

The project is expected to create two million labor days in construction jobs for low-income Lebanese and Syrians. The project represents the first phase of an ambitious national public transport program. It is expected to attract about 300,000 passengers per day and halve the commuting time between Beirut and its northern suburbs. GBPTP is likely to be followed by additional phases covering the southern and eastern entrances to Beirut.

GBPTP will have substantial social and environmental benefits. The safe, modern, and reliable transport system will improve the mobility of women, youth and persons with disabilities. The introduction of new and clean buses running on dedicated lanes will attract private vehicle users, significantly reducing congestion and greenhouse gas emissions and improving air quality.

Ziad El-Nakat, Senior Transport Specialist at the Bank, highlighted the large economic costs of traffic congestion in Lebanon which are estimated by various studies as between 5% and 10% of national GDP. “In economic terms, the annual cost of traffic congestion is above US$2 billion, representing a large impediment to growth and regional connectivity,” he said.

El-Nakat, who headed a team of experts that designed the project, said Lebanon is cognizant of the importance of the transport to economic growth. He added that this is why the sector accounts for one third of the overall multi-billion Capital Investment Plan which the government will unveil at an international conference in support of Lebanon, slated for April 6, 2018, in Paris.

Lebanon’s infrastructure in general had been deteriorating for years due to lack of funds. But the situation worsened with the influx of some 1.5 million Syrian refugees, who now make up roughly 25% of the resident population. “This has resulted in an increase in traffic levels in the range of 15% to 25%."

The project envisages the purchase of 120 buses to service 40 kilometers of dedicated Bus Rapid Transit lanes from northern districts to the heart of Beirut. Additionally, 250 feeder buses will operate between the main stations and the hinterland. The project will also mobilize private sector investments, in the range of US$50 million and US$80 million for the purchase of the BRT buses and their operations. The planned BRT system and its feeder bus network will be operated and maintained by the private sector.

The project will be financed by a US$225.2 million loan. The Global Concessional Financing Facility (GCFF) is contributing another US$69.8 million on a grant basis. The GCFF provides low- or no-interest financing packages to middle-income countries whose economies are strained by refugee inflows. The loan will be paid over 31.5 years, including an eight-year grace period.

The new financing raises the total value of World Bank commitments to Lebanon to US$1.7 billion.