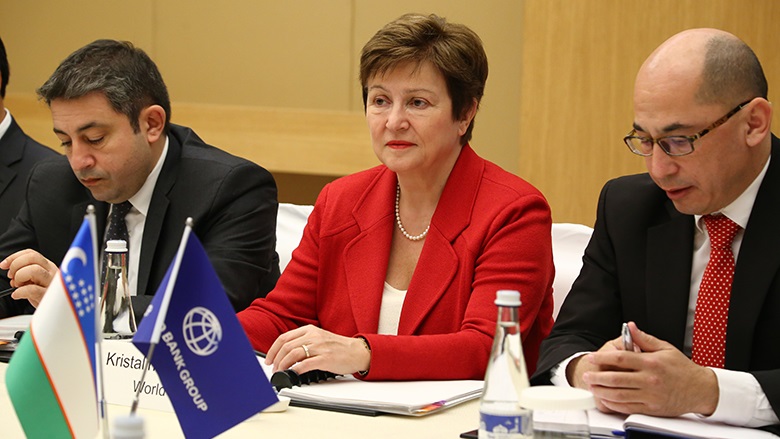 “Uzbekistan’s leadership is pressing ahead with ambitious reforms. The country is on a positive track with growth this year projected at 5.6%. Continuing on the path of bold economic and social reforms, improving the business environment, and strengthening institutions will generate private sector investments, economic growth, and create jobs,” said Georgieva.

Uzbekistan has announced major steps to liberalize its economy, including currency convertibility and lifting trade and investment barriers. In agriculture, the Government is undertaking important reforms to modernize and diversify the sector, such as improving labor practices, lowering or removing import tariffs on major agricultural inputs, facilitating agricultural exports, and granting horticulture farmers and agricultural enterprises access to domestic and foreign markets.

“The speed and the breadth of reforms are impressive, and the World Bank Group is committed to continue supporting the country’s reform agenda with financial and technical assistance. Already, we are working closely with the authorities on improving access to water, energy, education, and healthcare. We firmly believe that Uzbekistan has the potential to become an upper middle country by 2030, which is the government’s goal,” said Georgieva.