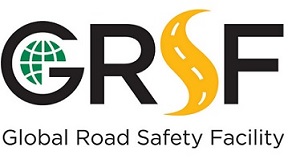 London, December 12, 2017—Each year, 1.3 million people lose their lives on the world’s roads while another 20-50 million are injured. More than 90% of fatalities occur in low and middle income countries (LMICs), although they are home to only 54% of the world’s vehicles. Road traffic crashes are the number one cause of death among young people.

As a champion in the fight against this predictable and preventable pandemic, the World Bank-hosted GRSF has just received the Prince Michael International Road Safety Award, the highest international award for promoting effective road safety management practices in LMICs. Through funding, knowledge, and technical assistance, the GRSF is helping countries make their roads safer not only for vehicle users but for pedestrians, bicyclists, and motorcyclists.

Presenting the award, HRH Prince Michael said: “The Global Road Safety Facility has been behind many of the most successful programmes in the developing world and has set a fine example of what international institutions can do to reduce the number of road deaths.”

The GRSF was selected for its impressive track record of implementing successful interventions that closely integrate the different aspects of road safety management, from road and vehicle safety standards to crash data analysis, roadway design, and police enforcement. Every $1 in grant funding that the GRSF has endowed has generated on average $39 worth of direct road safety commitments.

The GRSF has also helped lead the global debate on the advancement of the road safety targets of the Sustainable Development Goals, which call for halving the number of road traffic deaths by 2020, as well as in the UN Decade of Action for Road Safety (2011-2020). Both international milestones have been supported by Prince Michael of Kent himself.

“The World Bank is very pleased that the Global Road Safety Facility has been recognized for helping low and middle income countries improve their road safety management practices,” said José Luis Irigoyen, World Bank Senior Director for Transport and ICT. “Safe mobility is a hallmark of the UN Sustainable Development Goals and the GRSF is actively working with governments and partners on sustainable solutions that save lives. This would not have been possible without the strong support of our donor partners, and in particular UK Aid, Bloomberg Philanthropies, and the FIA Foundation,” he added.

Prince Michael has been a determined and influential sponsor of the road safety movement from its start. The award was established 30 years ago, first as a national road safety award and then made global in 2001, and has helped bring the socio-economic costs of road crashes and injuries in LMICs to the world’s attention.

About the GRSF: The Global Road Safety Facility is a donor-funded global road safety partnership program and fund hosted by the World Bank. Since its creation in 2006, the Facility has supported projects in more than 60 countries and worked with a wide range of stakeholders, including national governments, UN partner organizations, the private sector, and NGOs. For more information, please visit www.worldbank.org/grsf