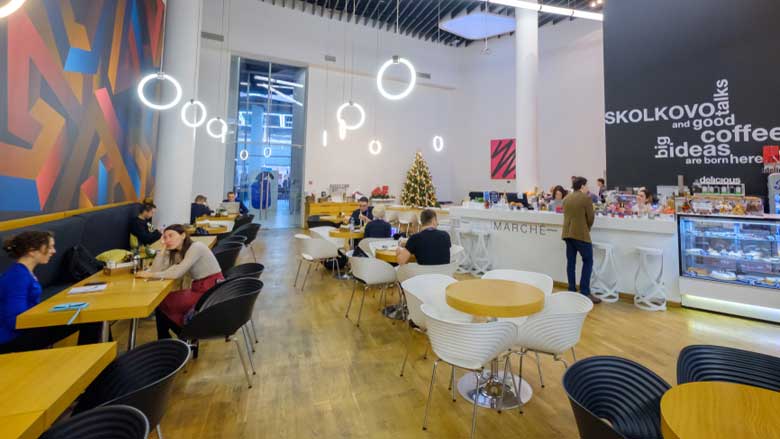 At a recent event in Moscow, a CEO of a major Fortune 100 company lamented that there is not a single full-time MBA school in Russia that the global company could tap into – even the famed Skolkovo does not offer such a program. Sure enough, the conversation then lapsed into a discussion of the state of Russia’s innovation capabilities as a driver of productivity and growth.

But what do we know about innovation in Russia?

For starters, Russia currently devotes just over 1 percent of its GDP to research and development (R&D), with 70 percent of the funding coming from public sources and much of it being utilized by public research institutes. Relatively little research is conducted by large corporations, and university involvement is minimal, especially in downstream R&D. For a country with a strong scientific tradition and many past inventions to its credit, the recent output from its science and technology sector is meager. This also applies to its space exploration program; While Russia’s near-space exploration and its rocket engines are still among the most powerful and reliable (the American Atlas 5 launch vehicle uses a Russian RD 180 engine), in other respects such as deep-space exploration and the development of reusable launch vehicles, Russia lags behind. The absence of notable innovations – both large and small – indicates that Russia is pushing the technological frontier in few, if any areas.

The link between innovation and growth is well known. Indeed, one of the few things that economists agree upon is that in the long run, the only driver of growth is innovation. The recent rebound in Russia’s GDP growth in 2017—2018 has been a welcome respite. The challenge now turns to raising the country’s economic growth from its current low level of 1.5—1.8 percent. This challenge is also shared by other economies in Europe as well as Japan, all of whom must rely on improvements in productivity to sustain growth.

In Russia’s case, a strategy that can deliver growth based on innovation calls for raising the productivity of existing assets and investments in tangible and intangible assets over the near-term, as well as positioning the economy to generate a steady stream of commercial innovations in the medium-term.

However, four major industries remain largely state-owned in Russia: defense/space, banking, transportation, and energy. To varying degrees, the salience of these four subsectors means that their efficiency, or lack thereof, affects the productivity of the rest of the economy. Drawing upon a sample of 114 of Russia’s largest companies in various industries, Abramov et al. show that labor productivity of Russian state-owned enterprises (SOEs) is only about half of that of private companies. They also find that the portion of SOEs in the capitalization of shares for Russian issuers is one of the highest within a sample of companies from OECD countries and China. More broadly, a growing body of literature shows that market power stifles innovation, more so in richer countries. It is worth noting that while it is hard to directly measure productivity in the defense/space sector, it is indeed telling that there have hardly been any recent spillovers from that sector into the civilian sphere in Russia. This is in sharp contrast to countries such as the U.S. where technologies such as GPS-es and the Internet have successfully crossed over for widespread civilian use the world over.

So, what can Russia do to boost innovation? While there are no easy measures, we believe the starting point is to rebuild and repurpose Russia’s research infrastructure, which was severely battered in the 1990s by a decline in funding and the accompanying brain drain.

Innovation capability will have to be built from the ground-up, starting with research universities that are on par with the best in the world. At present, Russia has none in the top 150 – Lomonosov Moscow State University comes in at 194th place.

Second, these research institutions need to establish closer links with the business sector: the long-standing separation between the research community and businesses needs to end, and researchers need to engage more with industry and be entrepreneurial. That will ensure that some research leads to innovation with commercial potential. Better leveraging of technology parks, such as Innopolis and Skolkovo, will also help.

Third, while basic research is likely to flourish in universities and specialized institutes, private companies need to conduct the bulk of downstream R&D – not only large companies but also smaller start-ups. Currently, only one-tenth of Russian enterprises commercialize innovations.

The good news is that Russia has nurtured a few innovative companies – as exemplified by Yandex, Kaspersky Lab, M2M Telematics, Optogan, NPO Saturn, and even state-owned Sberbank. Moreover, the innovation potential at individual levels abounds. As a judge at a recent competition for young Russian entrepreneurs at the Global Student Entrepreneur Awards, it was impressive to see the dynamism and inventions on display – from agricultural drone technologies now being commercialized in Asia and Africa (http://agrodronegroup.ru/) to undertaking recycling initiatives in Moscow (chistoedelo.org).

The not-so-good-news is that these are largely islands of excellence. Building innovation capability to raise productivity growth requires investing in research capital, taking full advantage of Russia’s latent talent pool, and strengthening institutions supportive of innovation, including those safeguarding intellectual property. Only then will the country’s path toward greater innovation and productivity become less of an uphill struggle.

This article was published in Forbes (Russia), September 2018.