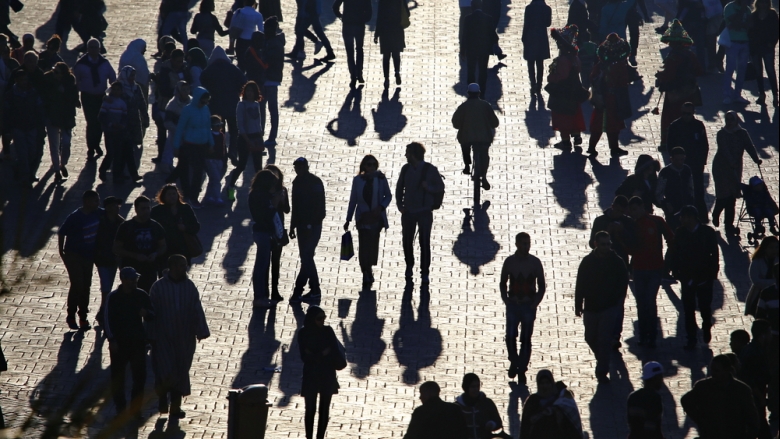 Yes, I submit that demography – the power of people – is the single-most underrated trend.

Why? Because demography affects two key economic foundations: first, a country’s labor supply, or more precisely, its working-age population – those aged between 15 and 64 years; and second, its dependency ratio – people younger than 15 or older than 64 years who are reliant on the working-age population.

For Russia, these foundations are being shaken.

According to our calculations, Russia’s working-age population is projected to drop from about 100 million in 2015 to 89 million by the year 2030. Moreover, the dependency ratio is expected to rise from 50 percent today to almost 58 percent by 2030. In other words, Russia’s talent pool – as proxied by its working-age population – is shrinking, while the number of dependents is growing.

Other major economies such as China, Japan, and Germany are also witnessing shrinking workforces. This is not good news for economic growth because, all things being equal, fewer workers means less output and lower consumption.

Indeed, few countries have grown without a commensurate increase in their population. Interestingly, the exceptions to the rule are Russia and CIS countries.

Russia’s population fell by 3.8 percent between 1995 and 2008, yet GDP rose by almost a factor of two. Bulgaria, Hungary, and Poland saw similar outcomes. These exceptions are not coincidental – repressed economic activity that was unleashed in the post-Soviet era more than made up for declining populations. So yes, there are factors that drown out declining populations, but wholesale macro-social-political upheavals – from communism to capitalism, for example – are not exactly a recommended approach to addressing the problem of shrinking workforces!

Does demography determine our destiny?

Well, it depends on how government policies tackle demography. The obvious starting point is to ensure that as many people as possible in the working-age population are actually employed and working. A good (albeit imperfect) measure of this is the unemployment rate – workers in the labor force without jobs – which in Russia is at a historical low of 5.2 percent.

So, what can a government do when the unemployment rate is already low? In essence, there are three options…

First, government policy can influence a nation’s fertility rate. From China’s reversal of its one-child policy in 2016 to Singapore’s “National Night Out” program, governments have attempted to manipulate society into producing more children. Even Russia has not been immune to this temptation: remember Ulyanovsk’s “Day of Conception”?

Unfortunately, as hard as governments may try, such schemes go against the grain of economic development. Check out the classic paper co-written by Nobel-laureate Gary Becker titled “, Human Capital, Fertility, and Economic Growth, which demonstrates the “quality-quantity” tradeoff faced by families in countries as they advance and grow.

Better education and more job opportunities mean that women delay the decision to have children, and families prefer to trade-off quantity (i.e. more children) against quality (i.e. have fewer children, but invest more in their human capital: health and education). At the other end of the spectrum are rural, agrarian economies where the trade-off works the other way – families prefer more children, but invest less in their human capital because more children means more hands-on-deck on the farm. Thus, trying to reverse what is a natural phase of development through baby bonanza schemes is largely futile. Families should be largely left to decide their family size.

The problem with these two options is time-lag. Even if societal incentives to produce more children were successful, it would take at least 15 years before a baby born today would count towards the work-age population. And, even if the pension age were to be raised today, its impact would be far from immediate.

So, this brings me to the third and final option – which governments can use with an almost immediate effect – immigration. Australia, Canada, New Zealand, and the United States, for example, are magnets for attracting high-skilled economic migrants, thereby staving off a decline in their domestic workforce.

What about Russia? While Russia is a major destination for immigrants, and progress has been made in recent years to attract high-skilled migrants, the current skills gap is not being bridged by migration.

Even though the contribution of migrants to Russia’s stock of skills could range from 4 to 6 percent of the working-age population, our report finds that almost 90 percent of the migrants coming to Russia are from countries where the average cognitive skills of workers are lower than in Russia – as estimated by average scores from the Program for International Student Assessment (PISA).

Moreover, attracting high-skilled talent is getting increasingly competitive. This is because the global working-age population is growing more slowly than before, making the global talent pool ever-more competitive. It is no coincidence, therefore, that countries historically open to migration – such as Australia and the United States – are poised to enjoy an increase in their working-age populations. Thus, there is room for Russia to improve its game on this front.

For Russia, attracting high-skilled migrants and raising the pension age – especially for women – remain the two best policy options for addressing the problem wrought by changing demographics. This is opportune, given increasing longevity – Russian life expectancy at birth has increased from 65.5 years in 2005 to about 71 years today.

Talking of life expectancy, I need to share a rather startling and personal finding. But that will have to wait until the next column. Hint: it has to do with my so-called “Russian twin”.