Striving to Become the Regional Port of Choice

DAR ES SALAAM, January 25, 2022 — At about 8 a.m. on a sunny weekday morning, the Port of Dar es Salaam is a hive of activity. Motor vehicles appear to race each other out of the belly of the Port’s second Post-Panamax guest in two months, which docked just after midnight. Going by the port’s recent records, discharging of the more than 3,400-vehicle cargo will be completed well before nightfall.

"In the past it was very challenging, especially for us as contractors, as we had to drive each discharged vehicle up to 2 km away from the berth just to find parking space," said Adam Mwenda, a driver. "We then had to walk all the way back to the ship after each parking, so our turnaround time was not good."

Finding parking was not the only difficulty. Just over three years ago, the berth where these Post-Panamax vessels are now being hosted was but an outlet of a creek flowing into the harbor area. Motor vehicle imports arrived on much smaller ships due to the depth restrictions alongside the berths. Rather than being driven from the vessels, the vehicles on board would need to be offloaded with ships cranes at great risk to both the staff and the cars, and with the exercise requiring no less than three days to accomplish.

Construction of the first dedicated roll-on, roll-off ("RoRo") infrastructure ramp and terminal in the port began in 2018 and was completed and became operational in March 2021, enabling the port to start hosting Post-Panamax vessels, with the first arriving in August. Motor vehicles are now driven off the ship and straight onto the adjacent spacious berth with a handling capacity of 3,000 vehicles at a time, or over 200,000 per year.

"The RoRo has been a game changer as ships come straight and berth directly with no waiting time at all." 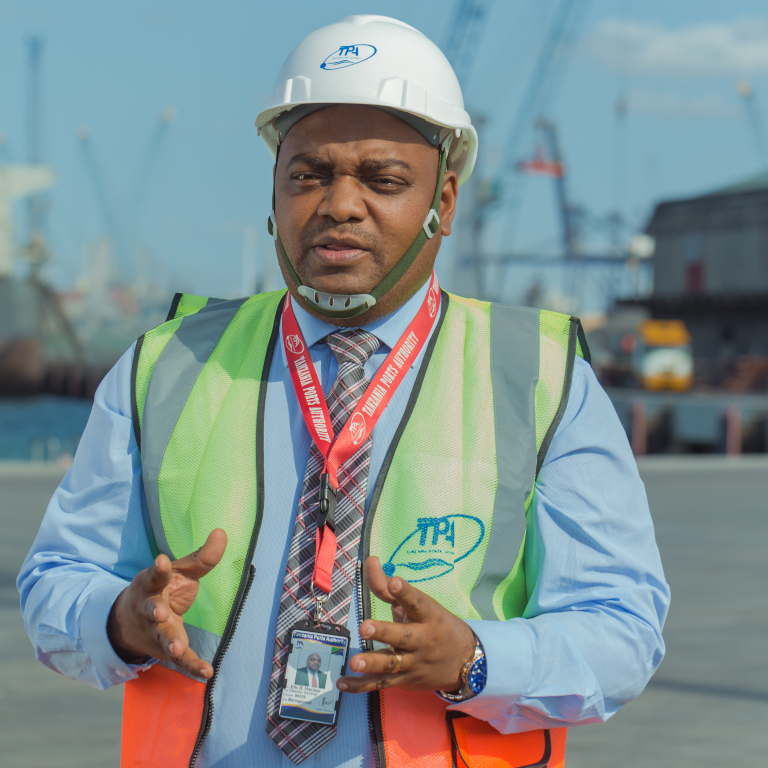 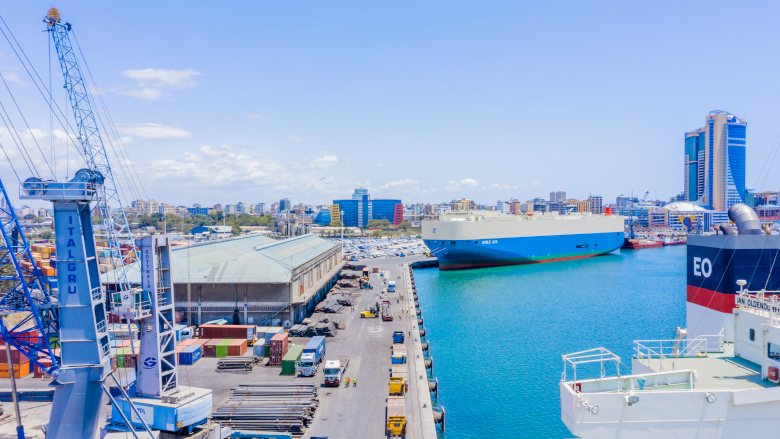 The new berth is part of the $421 million Dar es Salaam Maritime Gateway Project (DMGP), which has been under implementation since 2017 with the objective of improving the effectiveness and efficiency of the Port of Dar es Salaam for the benefit of public and private stakeholders through strengthening of the physical infrastructure as well as TPA’s institutional capacity.

Financed by the Government of Tanzania jointly with the World Bank and the UK Foreign, Commonwealth and Development Office, the DMGP has supported the reconstruction of and deepening alongside berths 1–7 to 14.5 meters so the port can now comfortably host large vessels, compared to an average 8-meter draft before the expansion. Preparations are underway for the upgrading of and deepening alongside berths 8-11. The project is also currently supporting the deepening to 15.5m and widening of the entrance channel and turning basin to the end of Berth 11. In addition, the project will improve the rail platform and linkages within the port.

With the infrastructure improvements, the port is also registering more efficiency. Offloading of its first two Post-Panamax RoRo visitors was completed within 17 hours of arrival (an equivalent of three vehicles per minute), enabling the ships to depart the next day after arrival. In the past, offloading just 300 vehicles would take up to 34 hours.

Director General Hamissi said the impact of the infrastructure on the turnaround time and ease of offloading has resulted in a doubling of the number of vessels received, from six before the project to 12 per month. In sum, since the RoRo became operational, more than 150 vessels have been received and attended to within record time. Previously, ships had to queue to be served at Berth 7, the only one with a draft of more than 10.5 meters at the time.

"This situation greatly contributed to high demurrage charges," said Edward Urio, president of the Tanzania Freight Forwarders Association, which represents over 1,000 freight forwarders and logistics companies. "Vessels would queue for up to 14 to 20 days waiting for berthing space, costing some chartered vessels demurrage ranging from $25,000 to $40,000."

There is overall optimism for when the transformation will be completed. "Growth in trade through this port has a multiplier effect on our economy as 95% of domestic cargo passes through here," said Hamissi. "The port is also a crucial source of direct and indirect employment to thousands of people along the supply chains." 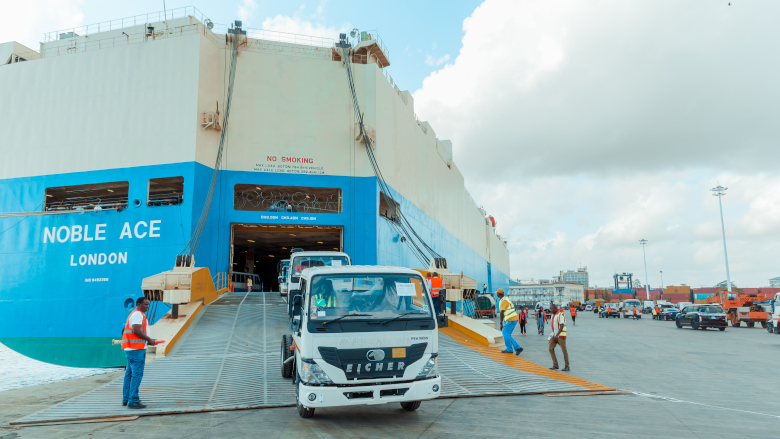 "Consider that when we received the 3,743 motor vehicles on the Panama in August, a good number of drivers were needed to take those vehicles to the borders of the destination countries who rely on the port of Dar es Salaam," said Tony Swai, managing director of Epic Cargo, a logistics company.

Said Mwenda: "There has been an increase in the demand for contract drivers like me, and we have been very busy working almost non-stop because the port is now receiving vessels carrying many more cars each month than before."

As an anchor port supporting not just Tanzania’s trade but also its landlocked neighbors like Rwanda, Burundi, Uganda and the Democratic Republic of Congo, Dar es Salaam has a central role in regional trade facilitation and integration. Between 2015 and 2020, for example, the volumes of trade for these countries handled at the port increased by 16.6% to 16.01 million metric tons from 13.7 million metric tons in 2015. It is projected the port will handle over 30 million tons per year by 2030. Thus, the port’s efficiency and effectiveness are key to unlocking the flow of trade and increasing the region’s overall competitiveness.