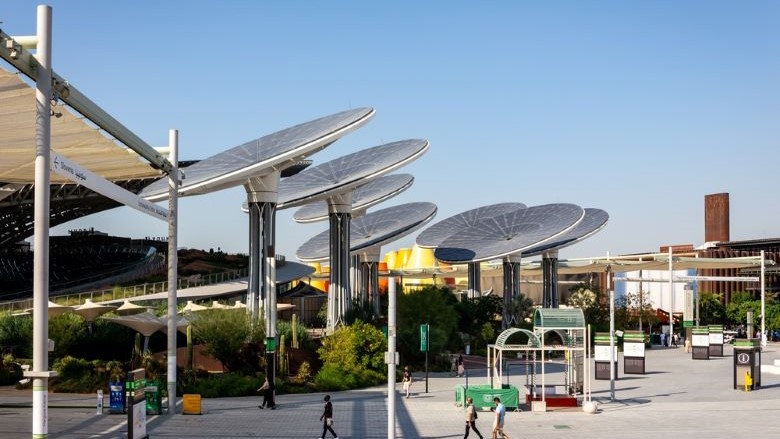 Fishing is the main source of income for the 50,000 or so residents of the small port of Kelibia on Tunisia’s eastern coast. But, with overfishing and the effects of climate change wiping out stocks and eroding the coastline, the fishing industry is dwindling, affecting their way of life. East of the Mediterranean in Iraq, three years of drought have devastated agriculture and left at least seven million people short of electricity and drinking water.

These are just two examples of the way climate change is affecting the Middle East & North Africa (MENA), where the number of natural disasters has almost tripled since the 1980s to cause average losses of more than US$1 billion a year. With its degraded marine and coastal ecosystems, rising summer temperatures, encroaching desertification, scarce freshwater, and increased air pollution, in terms of climate, MENA is one of the world’s most fragile regions.

The region is also home to some of the world’s fastest growing emitters of pollution, with many economies still heavily dependent on fossil fuel revenue. These factors are already affecting its most vulnerable members of society and will be irreversible without ambitious, transformative climate action.

Building on the World Bank Group’s Climate Change Action Plan, the MENA Climate Roadmap will guide the Bank’s support to the region for the next five years and drive our interventions to help countries reduce emissions and adapt in the face of the quickening pace of climate change. The roadmap includes increased investments: up to $10 billion of the World Bank Group’s funding will be used toward climate-smart projects and policy reform, leveraging an additional US$2 billion in private sector financing. In keeping with regional and country-specific demands that balance climate adaptation and climate mitigation measures, about 50% of this climate financing will be invested in interventions that help build resilience.

Our strategies and interventions will also be informed by the World Bank’s Country Climate and Development Reports, core diagnostic tools that integrate climate risk management and help identify the risks and opportunities of low carbon growth. Investments, particularly in infrastructure and physical assets, will be aligned with the Paris Agreement, the legally binding international treaty on measures to limit the impact of climate change, adopted by almost 200 countries in December 2015.

A green, resilient, inclusive approach to development can usher in a new model of growth for MENA, creating jobs while delivering the benefits of climate resilience, decarbonization, cleaner air and water, healthier oceans, and sustainable food and agricultural systems. MENA will need to prioritize key transformation areas to unlock the gains of these investments.

Agri-food systems are particularly fragile in the region, with its high dependency on food imports, and terrain sensitive to changes in weather. The Roadmap will support countries as they shift toward climate-smart agriculture and better natural resource management, helping them preserve biodiversity and attain food security.

In Jordan, a switch from growing vegetables in open fields to growing them using hydroponic technology could improve yields from nearly 5,000kg/dunum (0.1ha) to 30,000kg/dunum and reduce the amount of water used from 500m3/dunum to 150 m3/dunum. Morocco is using digital technology to help farmers move from resource-intensive agriculture to precision farming, and it is funding programs in entrepreneurship to attract more women and youth to working in agriculture.

The region’s dependency on fossil fuels, inefficient energy consumption, and low uptake of renewable energy to date leaves it at risk of being left out of any global transition to clean energy. Governments need to be persuaded that switching to renewable energy for public and private vehicles and popularizing public transport can create jobs, drive economic growth, and build green infrastructure. US$10 million in investments in renewable energy and energy efficiency can create 75 to 77 long-term green jobs, according to the McKinsey consultancy group, against 27 jobs for comparable sums of investment in the fossil fuel industry.

Such transitions are underway in many MENA countries but need to be scaled-up through innovative business models and financing to make a wider impact. Two solar energy projects in Morocco, Noor I & II, that received funding from the World Bank Group, led to a landmark deal structured by the Bank’s International Finance Corporation (IFC) for the Benban Solar Park in Egypt which, once completed, will be one of the world’s largest, with the capacity to generate 1,650MW of power.

Although cities in MENA are on the frontlines of climate change, they lack the capacity to reduce their growing carbon footprint and cope with climate shocks. Using urban planning that takes climate into consideration, strengthening municipal plans to ensure the continuity of public services during crises and integrating all aspects of coastal management into one strategy will help improve the livability of cities and mitigate the climate-related risks they face.

Wastewater management is another area with potential for improvement. Today, about 80% of wastewater is not recycled in the region, compared to just 30% in high-income countries, presenting a major threat to human and environmental health but offering a massive opportunity to satisfy public demand for water. Wastewater is the only natural resource that increases as cities and populations grow. Properly treated, MENA’s wastewater could be used to irrigate and fertilize more than two million hectares of agricultural land, helping to conserve freshwater for drinking, domestic use, and production.

All these transformations will require robust public and private financial systems to help fund climate-smart interventions. This means working with partners to build a financial sector focused on initiatives that aim to green the economy and build resilience, as well as helping to unlock private capital, supporting national budgets and expenditures, and strengthening financial institutions for green investments.

There is a strong appetite among investors for sustainable financing. For example, with World Bank support, Egypt successfully issued a sovereign green bond valued at US$750 million, with proceeds tied to sustainable impact.

The IFC is scaling up private sector financing aligned with national climate plans (NDCs) that highlight action. This includes looking at the targets, policies, and measures governments aim to implement, in part by increasing their capacity to identify, manage, and reduce climate risk in World Bank portfolios. In Tunisia, the private sector is making it easier for micro-, small-, and medium-sized companies to access finance for climate- smart agriculture, waste recycling, and solar PV.

At this critical moment for battling climate change, we look forward to working with policymakers, members of the private sector, and development practitioners to create a greener, more resilient MENA.