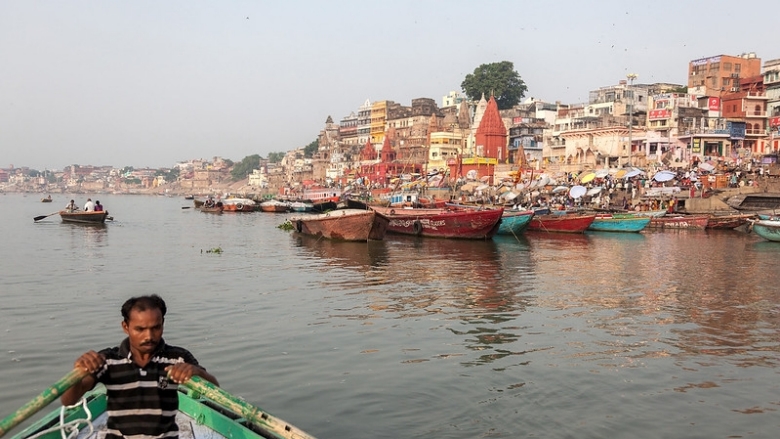 Over the past few decades, India’s economic growth has led to the rapid deterioration of air quality. Delhi’s inordinately high pollution levels and consistent ranking among the world’s most polluted capitals has grabbed media attention, bringing air pollution under regular public scrutiny.

However, contrary to common perception, air pollution in India is not just an urban or a single city issue. The country’s air quality has remained dangerously poor at the regional scale, particularly so across the seven states of the Indo-Gangetic Plain that form a major part of the north Indian airshed.

Although it is well known that Delhi and the National Capital Region (NCR) are impacted by the burning of crop residue in the neighboring states of Punjab and Haryana, India’s current planning framework for air quality management continues to be limited.

City action plans are restricted to their own jurisdictions and do not identify the substantive sources of air pollution that arise beyond municipal limits. In fact, about a third of the smog that engulfs Kanpur, Patna, and other cities in the Indo-Gangetic plain originates from the burning of biomass for cooking and heating in both urban and rural areas.

Since air pollution is clearly a transboundary issue that crosses the borders of cities, states and even nations in some cases, city action plans alone will not be enough to reduce emissions over the wider airshed.

Every state will first need to do their part to help themselves, with the spill-over benefits impacting neighboring states as well.

The good news is that there is now greater political will among the states for tackling the challenge. In the densely populated states of Uttar Pradesh and Bihar, among the poorest in the country, the World Bank is working with state governments to develop state-wide Clean Air Action Plans that prioritize what needs to be done to achieve air quality targets by 2024 and 2030.

Bihar – which receives pollutants from both within the state and beyond, leading to pollution levels that are much higher than national standards - has now pioneered the establishment of a network of air quality monitoring stations across the state.

Bringing local knowledge and international best practices together, Bihar’s Pollution Control Board has diversified the location of its monitoring stations to include both urban and rural areas to determine how much pollution emanates from which source - agriculture, industry, households, transportation and construction. Earlier, only the major cities of Patna, Gaya and Muzaffarpur had monitoring stations and just 4 of the state’s 38 districts were covered.

“We are now collecting data from 24 stations across the state in both urban and rural areas, and collating it centrally,” said Mr. S. Chandrasekar, Member Secretary, Bihar State Pollution Control Board. “Going forward, our plan will be to move beyond the cities and bring different sectors together, helping them coordinate their work so people in the state and beyond can benefit.”

Furthermore, since the burning of biomass by households is among the largest sources of air pollution in Bihar, the World Bank’s Jeevika rural livelihoods project, in collaboration with The Energy Research Institute (TERI), is helping pilot a program that promotes the use of smokeless solar-powered cookstoves among rural women. The women say that switching from biomass burning cookstoves to cleaner ones has made a difference to their health and led to savings on fuel.

Uttar Pradesh, too, has proactively begun to address the issue of air pollution across the state. The Uttar Pradesh Pollution Control Board is developing a Clean Airshed Plan with the Indian Institute of Technology (IIT) Kanpur and the World Bank as key partners. Data is being collected and models are being run to arrive at the most cost-effective interventions in each sector and determine which areas should be focused on first. Efforts are also on to devise the policies, institutions and compliance mechanisms that will be needed to reach the state’s clean air commitments and targets.

“Uttar Pradesh is in the heart of the Indo-Gangetic Plain, which is regarded as the ‘hotspot’ for air pollution in South Asia,” said Mr. Ashish Tiwari, Secretary, Department of Environment, Forest and Climate Change, Government of Uttar Pradesh. “Our state, therefore, has the dual challenge of not only managing our own local sources of pollution in the micro airshed but also addressing the emissions from adjoining states such as Punjab, Haryana and the National Capital Region of Delhi. Our state action plan will give us a roadmap for tackling long range pollutants as well so citizens across the airshed can breathe clean air. The plan will also provide the foundation for a robust air pollution mitigation strategy based on regional cooperation.”

While the first steps to cleaner air are well underway in these two Indo-Gangetic states, a number of follow-on actions will be needed.

States will need to devise new modes of coordination between city and state administrations, as well as between line departments, with mechanisms for a multi-sectoral dialogue so that actions can be coordinated and prioritized. This may involve the creation of new state authorities that cover wider jurisdictions, as well as a regulatory rethink, with extensive consultations among stakeholders.

Beyond the initiatives of individual states, regional coordination mechanisms will also need to be established, with support from the central government. State-wise clean air plans can then become an important basis for inter-state as well as regional collaboration.

“We are working with India at this important juncture as it adopts a broader airshed management approach. A measurable reduction in emissions will lead to improved health and a better quality of life for the people,” said Karin Shepardson, Lead Environment Specialist at the World Bank.