Manta, Underground Transformation for the Future 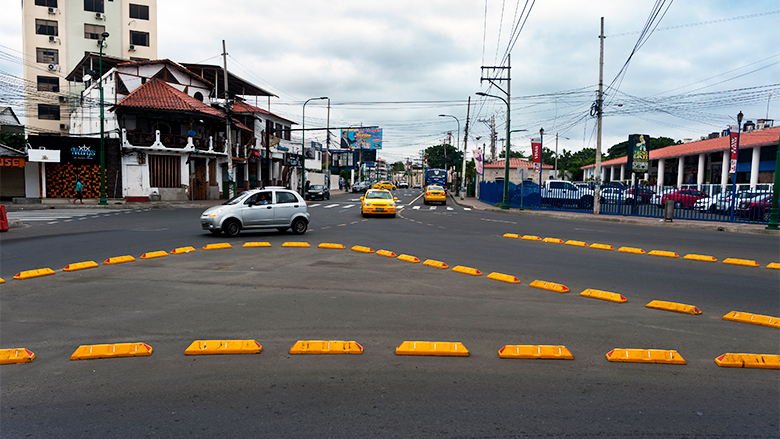 The port city of Manta in Manabí Province is now one of the most thriving cities in Ecuador. First-time visitors or those visiting after a long absence will enjoy a vibrant, active city, with first-rate commercial infrastructure, wide avenues, and an employed -- and optimistic -- population.

It is a surprising development since, like the rest of the country (and the world), the city has suffered the ravages of the Covid-19 pandemic, as well as a major earthquake that devastated some parts of the city just five years ago.

"Manta experienced some major incidents that it has had to address," said Mayor Agustín Intriago, referring to the two events. “However, I believe that the people’s outlook, their vision of development and their work ethic are what enable the city to move forward day by day.”

It is that Manta momentum that drove the implementation of one of the most ambitious, transformative projects in an Ecuadorian city in recent times. Thanks to a USD $ 100 million loan from the World Bank, Manta embarked on an urban renewal project focused on improving water and sanitation services and roads, with an emphasis on accessibility and mobility.

"The water and sanitation situation prior to the World Bank loan was deplorable,” said Miguel Cevallos, general manager of the Aguas de Manta public utility company. "We had networks that were 30, 40, 50 years old in the downtown area."

In places like Calle 13 in downtown Manta, water and sanitation systems had never been renovated, and the water supplied through these systems filtered under the asphalt.

In other areas, such as the road to Barbasquillo or Flavio Reyes Avenue, rainwater would accumulate, stagnate and occasionally flood.

"The rainwater flowed through an open channel, where unfortunately two people died in two different accidents," said Cevallos. "Now it is an underground rainwater tank covered by a green space."

The World Bank loan served to renovate aqueducts and networks. Additionally, the financing was used to repower pumping stations such as the city’s largest, the Ceibal Station, which supplies water to 200,000 people, and the Río de Oro and Casa Lagarto stations, which serve residents at the other end of the city. Three new storage tanks of 2,500m3 each enable water service throughout the city, built with state-of-the-art technology.

"Before the project, we had eight to 10 hours of service, on average; now some sectors have continuous service, and our average has increased to 19.3 hours,” said the Aguas de Manta manager.

“The World Bank project was the highlight of city planning efforts. Currently, a land use plan is nearing completion in which we are planning city works to 2035. We are evaluating and planning our future services based on the project results financed by the World Bank,” he said.

For Iris Marmanillo, a senior water supply and sanitation specialist at the World Bank and manager of the Manta Public Utility Improvement Project, the change has been "impressive” in terms of everything from the business management to the substantial improvement in the quality of life of nearly the entire population. 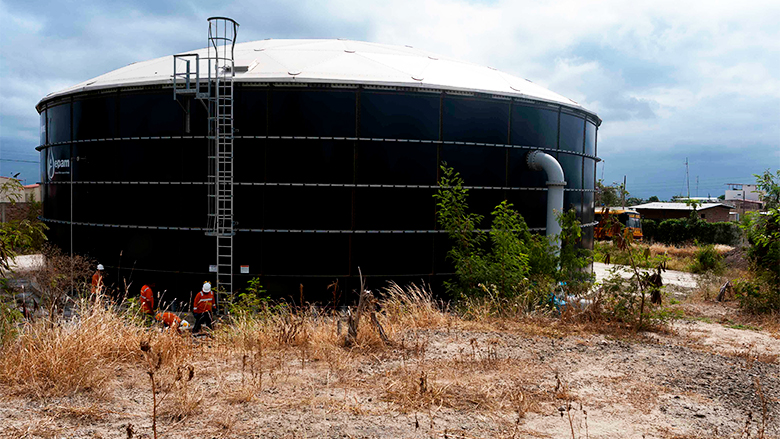 “Previously, the micrometers were inside the houses, and everyone bought the meter at the corner store. That has changed. Now there is commercial management, there is business management, they are automating the systems. This is a substantial improvement. They now know who their customers are as there is a registry of users. They are working to reduce unbilled consumption. The change is significant.”

The World Bank specialist believes the project’s success was achieved thanks to the shared goals and collaboration of all parties involved, who prioritized the benefit to the city above all other considerations.

The water and sanitation works had an unprecedented positive impact on the city. Salient features of this project include access to quality drinking water and the protection of the environment thanks to proper wastewater/rainwater management and treatment using state-of-the-art technology.

In addition to those transformative works, the project improved some streets and avenues. For Raúl Arboleda, project manager for the Manta government, “although the renovation is beautiful, the project’s success is actually below ground. Ninety percent of the water and sanitation infrastructure cannot be seen.”

The effective coordination between city authorities and their counterparts at the World Bank explain the project’s success.

The project has had a positive social and economic impact, helping the most vulnerable and significantly improving the quality of life of Manta residents.