This is How Niger Acts Against Climate Change

NIAMEY, Niger, October 20, 2021—Zakounoma Gabdakoy, an experienced farmer and father of four, is struggling to feed his family and earn a living as his crop yield is affected by erratic rainfalls and soaring temperatures.  “Before we used to sow during the month of May. Now there has been a change and we don’t sow until July. And the rains are sometimes late, and it amounts to nothing,” says Zakounoma.

His story is the story of millions of small-scale farmers in Niger and across the Sahel region whose livelihoods are threatened by the ‘silent pandemic’ of climate change.

Cradle of a rich cultural heritage, Niger now faces existential challenges that may come to other parts of the planet. Temperatures in the region are rising 1.5 times faster than in the rest of the world. By 2100, experts are predicting a three to six degrees Celsius rise in temperature which will worsen food security, water scarcity, and further aggravate conflicts and humanitarian crises.

More than 80% of Niger's population depends on agriculture and small-scale farmers are the most directly affected by climate variability. Violence, sometimes related to the scarcity of natural resources, has soared in recent years, displacing two million people in their own countries. In addition, the social and economic impact of the health pandemic is threatening to wipe out five years of development progress.

Yet, these challenges are occurring at the same time as unprecedented opportunity to build resilience while enhancing the lives of women and children and boosting the economies of this vulnerable area.

So, what can be done to turn the tide on climate change? 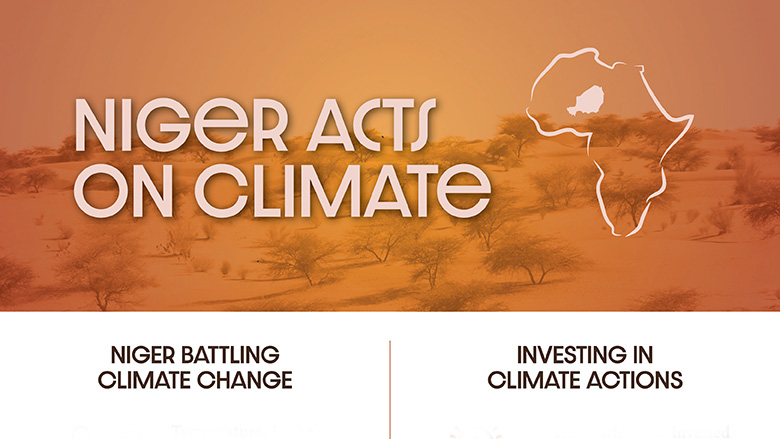 With a fast-growing population and increased demand for food, climate smart agriculture is at the heart of the government’s response under the Nigeriens Nourishing Nigeriens (3N) initiative that aims to combat hunger and poverty, while augmenting the resilience of farmers and herders to climate change. According to the World Food Program, more than 1.9 million people in Niger were affected by severe food insecurity in 2020. Another 1.5 million are estimated to be chronically food insecure, and millions more experience periodic food shortages during the lean season.

Zakounoma Gabdakoy and thousands of farmers in Niger benefited from the distribution of drought resistant seeds, livestock feed, fertilizers and other sustainable land management technologies and coaching through the Community Action Project for Climate Resilience (PACRC). At least 53,000 hectares of land was brought under sustainable land management and crop yield increased by 56% in the project intervention area. Innovative farming technics have also been piloted under the Climate Smart Agriculture Support project (PASEC) where more than 80,000 hectares of degraded land have been rehabilitated and 800 hectares have been irrigated. Listen to some of the farmers like Halisa Hassa or Fourera Doula from the village of Falwel about 80km from Niamey who have learned new farming technics to adapt to the changing climate and as a result were able to increase their yields.

A commitment to ramp up climate action

The World Bank has ramped up its commitment for climate action with the goal of investing $22.5 billion to promote green and resilient development in Sub Saharan Africa as part of the Next Generation Africa Climate Business Plan. A Country Climate and Development Report will be conducted for the G5 Sahel countries to help analyze how climate change impacts countries’ development and identify priorities for building resilience to improve growth and development. In Niger, climate finance represents 26% of the share of FY21 investment - or $202 million.

In the battle against climate change, Sahelian countries are on the frontline of climate adaptation. Learn more about Niger’s efforts to green the desert and restore degraded lands and take a journey into the Sahel to discover other examples and stories. 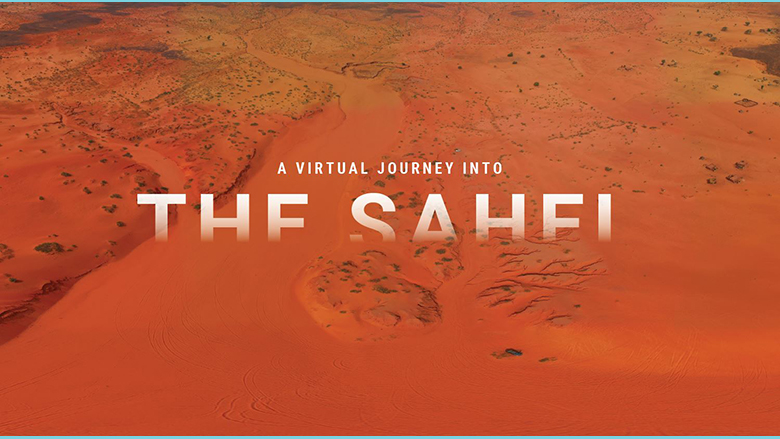